What is life really like inside Beijing’s Olympic bubble? 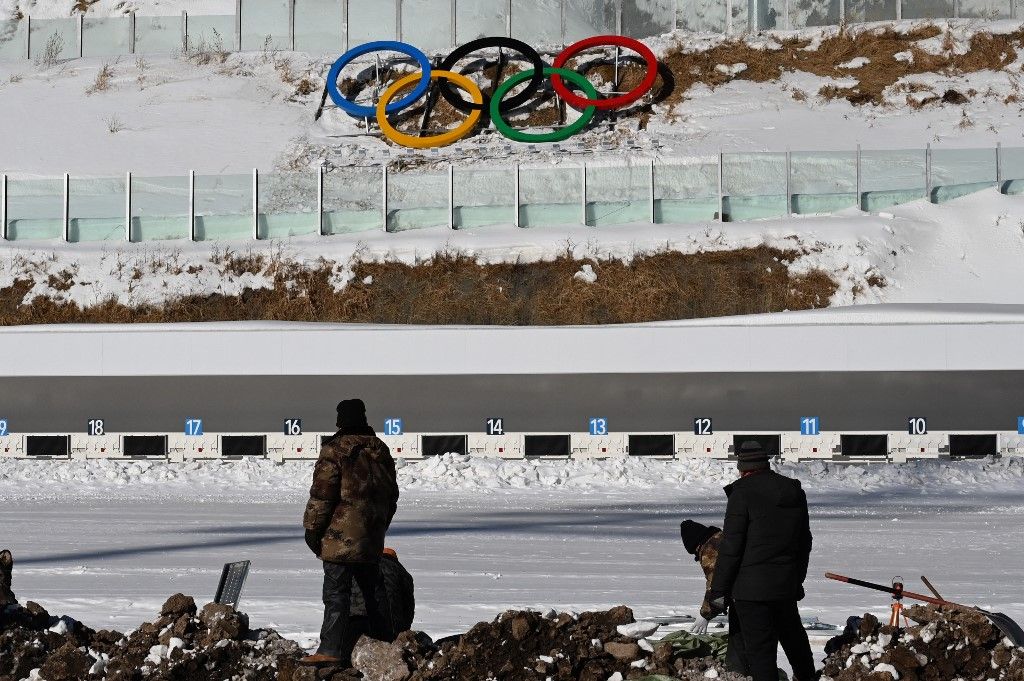 Beijing’s Olympic bubble is being sealed by China – an impenetrable giant bubble cocooning thousands of people and stretching nearly 200 kilometres (120 miles) in an effort to thwart the coronavirus.

AFP takes you inside the bubble for the February 4-20 Winter Games:

What is the ‘closed loop’?

China, where the virus emerged towards the end of 2019, hopes to deliver a “simple, safe and splendid” Games in keeping with the country’s strict zero-Covid strategy. To limit the spread of infection, athletes, support staff, volunteers and media will be in a so-called “closed loop” — aka the bubble — for the whole Games. Rather than sealing off one huge area of the capital, Beijing’s Olympic bubble will in reality be numerous mini bubbles, such as a cordoned-off hotel on a street used by everyday Beijingers.

For those flying into China they will be in the closed loop from the moment that they land in the Chinese capital to the time they fly out. The bubble came into operation last week. Unlike last summer’s pandemic-delayed Tokyo Games, where for example media were able to leave the bubble after two weeks and head out into public, nobody will be able to leave the “closed loop” during the Games.

That includes for sleeping, eating and travel between the three Games areas, which are as far as 180 kilometres apart. AFP staff were transported between the airport and their hotel — having had their first Covid test — in special buses escorted by police cars. Staff at the airport wore hazmat suits with masks and visors.

How many people are inside?

There are no firm numbers. However, there will be about 3,000 athletes and Chinese state media estimates 10,000 people from the media will be at the Games.

There will also be an army of staff powering the Olympic sites, from translators to cleaners, hotel staff and drivers. There will be 19,000 volunteers, although not all will be in the bubble. There are 72 hotels inside and over 4,000 designated vehicles to transport participants, organisers say.

What is life like inside the Beijing Olympic bubble?

Everyone inside the bubble must be fully vaccinated or do 21 days’ quarantine before going inside. Organisers have stopped short of insisting on boosters.There will be daily virus tests and everybody must wear a high-spec mask at all times.There will be hotels, restaurants, convenience stores and petrol stations in the bubble.

A petrol station worker said in a promotional article by state oil firm PetroChina that after work they “play ball or mahjong together, photograph ski pistes and sometimes have snowball fights”.

This week Beijing police warned motorists not to help if a Games vehicle is involved in an accident to avoid the bubble being breached. Even rubbish from the bubble will be treated separately from other public waste.

How long is it for?

Some people will spend several months locked away from the outside world. On a social media forum for the Games, volunteers wrote that they had to enter the bubble in mid-January. Some will be in there until after the Paralympics, which finish on March 13.

Even then they are not free. Residents of China must complete a 21-day quarantine upon leaving the bubble, according to a government virus prevention handbook. One complained that quarantine after leaving the bubble made them “even more depressed” and local staff will spend Lunar New Year — the most important holiday in China — away from family.

One convenience store worker in Zhangjiakou, the resort city outside Beijing that will host several outdoor events, told AFP she had lived onsite since November.