4 talented Malaysians that are making waves in South Korea

The K-wave may be taking over the world, but a handful of Malaysians are also making our country proud with their burgeoning influence in South Korea.

From K-pop to South Korean culture, the increasing demand for Korean entertainment is taking the world by storm. Thanks to pop sensations such as BTS, Blackpink, Exo, and Twice, these megastars are putting South Korea on the map. Apart from music, the film and TV industry is finally receiving the recognition it deserves after the world phenomenon that is Netflix’s Squid Game (2021-).

Recently, actor Lee Jung-Jae made history by becoming the first Asian to win an Emmy award for Outstanding Lead Actor. That’s not all. Groundbreaking movies such as Parasite and Train to Busan captured many film enthusiasts’ hearts with their gripping storytelling and breathtaking cinematography.

There’s no sign of the K-wave slowing down anytime soon, especially when K-pop stars are feverishly taking over the fashion industry as luxury brand ambassadors. Notable names include BTS for Louis Vuitton, Blackpink’s Jisoo for Dior, Blackpink’s Rose for Tiffany & Co, Blackpink’s Lisa for Celine, Jackson Wang for Fendi and many other talented stars.

With the ever-growing phenomenon of K-pop, you will be surprised to discover that we have our very own talented Malaysians to be proud of. These names may be new to you, but you’re going to fall in love with their confidence and drive to fly the Malaysia flag high. From Isaac Voo to Sabrina Azhar, it’s time to get to know more about these talented Malaysians who are making a mark in South Korea.

Who is the richest BTS member and what is their net worth?
Pursuits 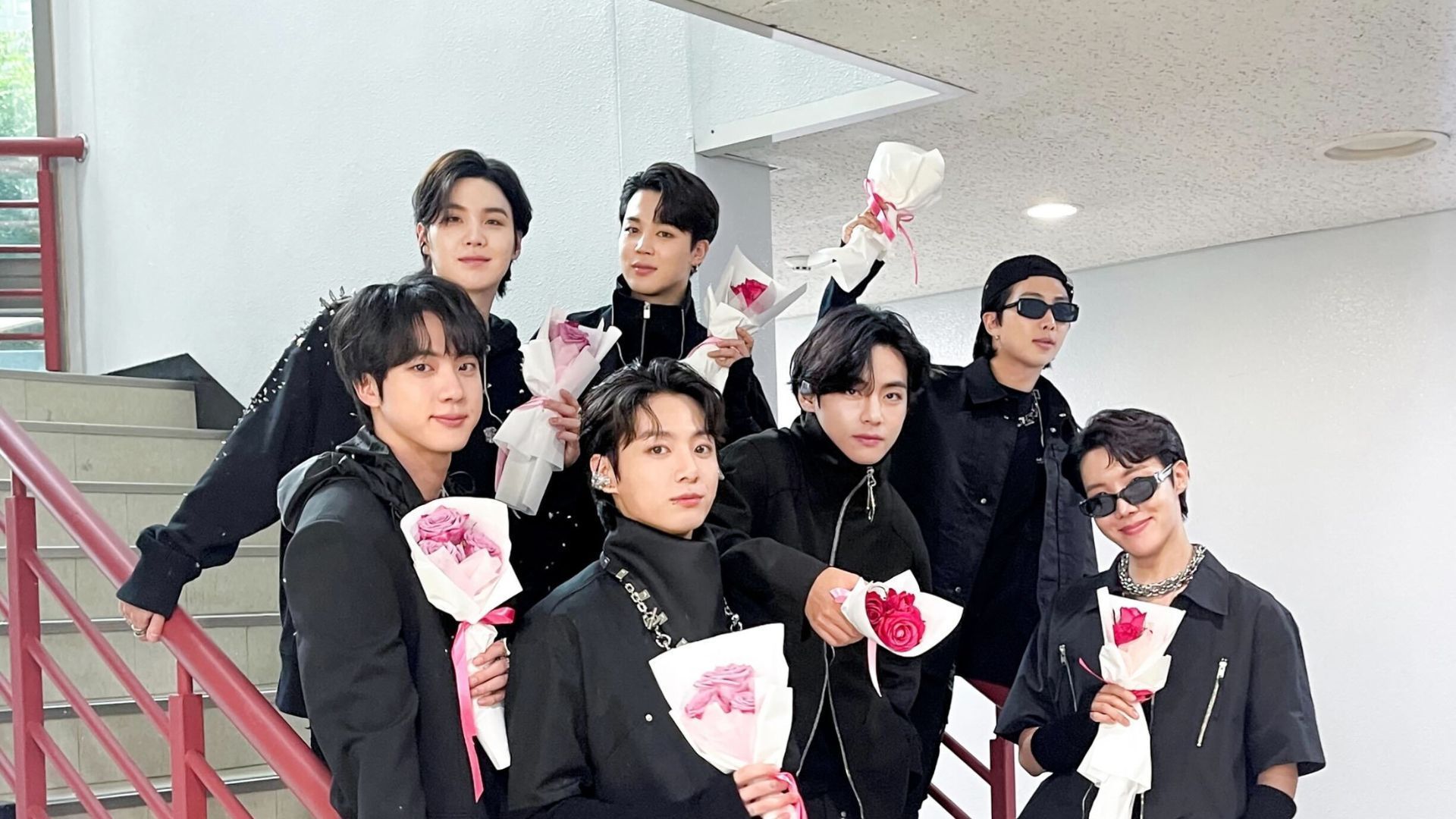 K-pop celebrities who are dating each other
People & Events 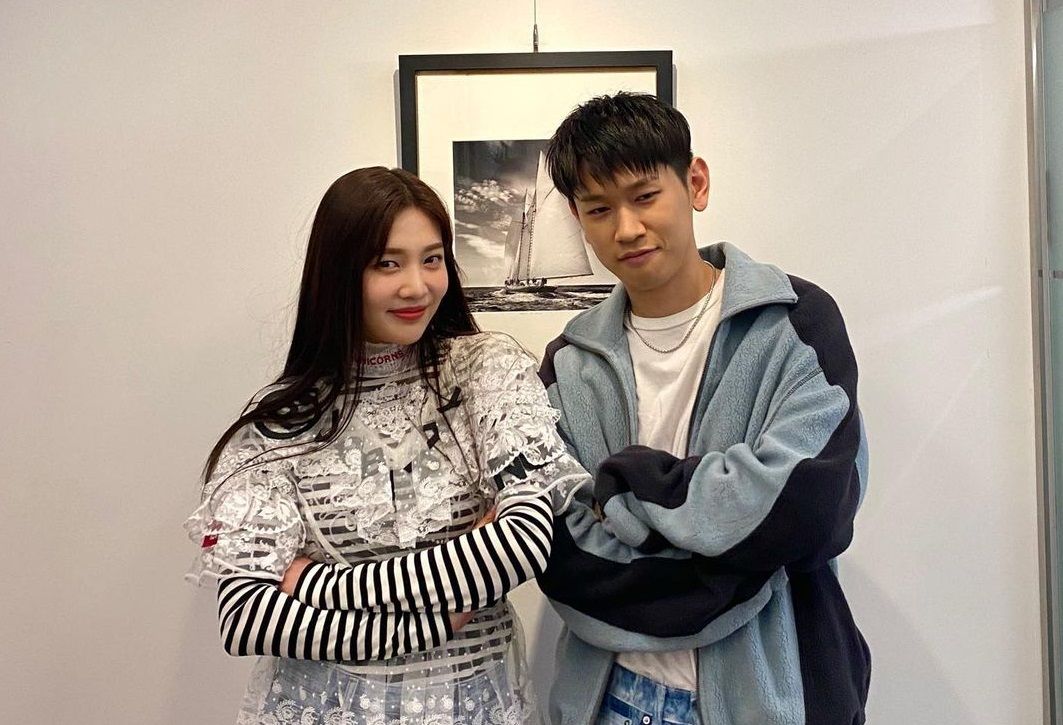 These four talented Malaysians are making a splash in South Korea:

Hailing from Kota Kinabalu, Sabah, Isaac Voo is famed for being the first Malaysian K-pop idol to flourish in South Korea. In fact, the Sabahan is one of the six-member boy band called IN2IT. Formed through a competition show called Boys24 in 2017, Isaac found a way to channel his love for music and dance through his hard work and dedication to IN2IT. Growing up with a passion for the world of K-Pop, landing his dream job did not come easy as he went through countless auditions before landing his big break. The six-piece band made their debut on 26 October 2017 and released their first hit single, “Amazing“, under MMO Entertainment. After releasing multiple singles and EP, the band has recently gone independent in 2020 and is currently taking a short break as the members are fulfilling their mandatory military service together.

As for Isaac, he’s been busy cooking up a hit in the studio in Malaysia after signing a solo contract with Prodigee Asia. In August 2022, he released his first solo track, “Time Bomb“, in the Malay language. Apart from that, he speaks five languages: Malay, English, Korean, Cantonese and Mandarin.

Isaac has shared that releasing a Malay pop track was a challenging one, but he was satisfied with the outcome as fans expressed their love for the song. What do you think?

You may recognise Aina Abdul for her bold fashion choices, but her melodious voice is definitely one to remember. Just recently, the 28-year-old made headlines for attending a Behati show in KL Fashion Week 2022, donning the brand’s bespoke bean bag-like design. But her most memorable look was when she strutted on the red carpet in Behati’s maxi velvet dress with a ginormous rose headpiece at Anugerah Bintang Popular Berita Harian (Berita Harian’s Most Popular Stars).

Aina rose to fame when she auditioned for a local competition show, Mentor Legend, where she was mentored by Malaysian rockstar Ella and won first runner-up in 2015. Since then, she has gained popularity with her chart-topping Malay hits and covers of popular Korean songs, such as “DNA” by BTS and “How You Like That” by Blackpink. However, it wasn’t until her rendition of her hit song ‘Sepi’ that boosted her popularity with fans all over the world, including from Korea. Her video received positive reviews and was stitched by various YouTubers posting their reactions to the song. In 2021, Aina made history by getting invited to South Korea’s Simple Kpop Con-Tour as she discussed her love for K-pop and journey as a singer.

YouTuber and mechanical engineering student Sabrina Azhar made headlines for sharing her passion for dancing and life as a Malaysian living abroad in South Korea. Thanks to her witty vlogs and confident personality, Sabrina was featured in Blimey’s (the largest South Korean YouTube channel on bridging Korean and Malaysian cultures) YouTube series “3&More”. The programme focuses on a cultural exchange by setting up several Korean men, with no knowledge of Malaysia and Islam, on blind dates with Malaysian Muslim women.

With a massive following of 377k on YouTube, Sabrina has been blessed with amazing opportunities such as hosting Shopee’s “9.9 Super Shopping Day” with K-pop girl group Twice and attending the premiere of Netflix’s Money Heist: Korea – Joint Economic Area – she got to interview the cast too! Sabrina has inspired many curious fans on her journey as a Muslim woman living and navigating life abroad. We can’t wait to see what’s in store for Sabrina as she navigates through her last semester at University.

Born in Seoul, Korea, Tan Jun-Sang is of Chinese Malaysian and South Korean descent. The talented actor gained recognition for his role in the wildly successful romance series “Crash Landing On You” and eventually landed two leading roles in “Move to Heaven” and “Racket Boys”. Apart from drama series, the 19-year-old is also featured in various movies such as “Seven Years of Night”, “The King’s Letters“, and “In Our Prime“. According to AsianWiki, the actor is set to appear in a movie titled “Dog Days” starring Kim YunJin. With 555k followers (and counting) on Instagram, we look forward to seeing what the future holds for him.