Melissa Tan On Finding Her Happily Ever After 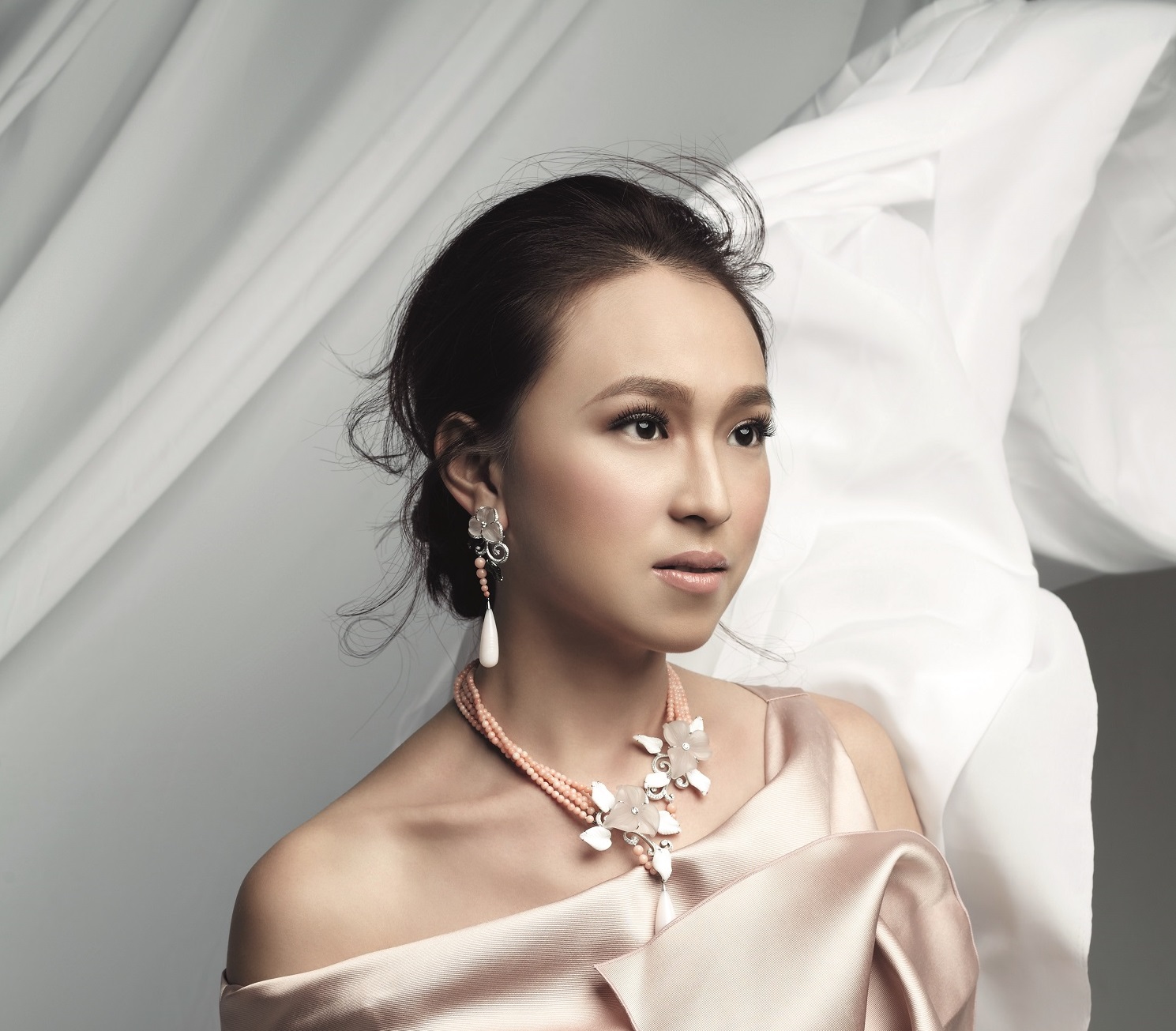 Melissa Tan had never set foot in the pulsing city of Bangkok until she was 25. Little did she know, the vibrant capital city of Thailand would steer her life in a different direction, towards the path of love. The export manager of Weifong Industries Sdn Bhd, the leading manufacturer for Getha Bedding, met Shai Yurkevich, a then diamond trader during a business trip to Bangkok. “I don’t usually get to see much of Bangkok apart from meeting rooms and the hotel, so I asked our business partner to show me around. As she had family obligations, she introduced Shai to bring me around instead,” Melissa begins the tale of how they met.

“She was very serious when I first met her,” Shai remarks with a twinkle in his eyes. However, Melissa’s true gregarious personality convinced him to show her around Bangkok’s pulsating nightlife which marked their first date. “We found a lot in common,” Melissa says with ease, describing the natural sense of camaraderie the couple shares. “For me, it is not easy to find someone who is a good match, someone you can sit with the entire evening and not run out of conversation topics,” Shai agrees earnestly.

Upon returning to Malaysia the next day, Melissa was faced with a dilemma as Shai had requested for her to return to Bangkok to visit again. “I knew that if I were to return to visit him again, things would get serious because we have a lot in common. I started to also think if I really wanted this as he’s living in Thailand. It wasn’t just another holiday trip,” Melissa opens up, further revealing that she took the plunge and returned to Bangkok. A long-distance relationship immediately ensued for nine months as the couple took turns visiting each other almost every weekend.

“After nine months, Shai gave me the ultimate warning and asked me to live with him in Bangkok,” she says candidly. “I know that he’s a really good person and someone I can see myself with for the rest of my life, but it was difficult to make the decision because I really love my job,” she confesses. Armed with full support from her parents, Melissa took two years off to live in Thailand, enrolling herself in a local university to learn the Thai language.

The subject of marriage eventually approached once Melissa returned to Malaysia with Shai who joined her family business. “We initially went to a fortune teller who advised us to tie the knot end of 2018,” she says. However, the couple decided to bring forward the wedding date to April 2017 and with only four months to the big day, the entire family was engrossed in the wedding planning.

Shai was also tasked with the daunting challenge of planning a surprise proposal even though they had already settled on a date for the wedding reception. He chose the Khao Yai National Park in Thailand as he describes Melissa as an outdoor enthusiast who appreciates nature’s beauty. “I did suspect something was amiss during the trip. However, he was still posing questions such as what kind of ring do I want since his ex-boss was currently shopping for diamonds in America so that threw my suspicion off,” Melissa laughs.

“Your life partner should be someone that you look up to and brings out the best in you. My relationship with Shai is actually the first relationship I’ve had where my boyfriend is my best friend,” she adds candidly. It’s easy for one to attest to that statement as throughout our photo shoot with the endearing couple, they conversed to each other in Thai, a “secret language” they’ve developed. “Shai used to drive me crazy in love, now he just drives me crazy,” Melissa cheekily remarks.

Unlike most conventional brides, she never really had a dream wedding in mind. It was also customary for her family to host simple wedding receptions. Hence, there were only two things Melissa desired at her wedding – a skilled photographer and floral decoration inspired by her love for nature. She engaged notable photographer Zung to capture special moments throughout the morning ceremony and gatecrashing games followed by an elegant lunch reception for 300 guests. The ballroom at Grand Hyatt Kuala Lumpur was transformed into an enchanted forest as Melissa envisioned.

Melissa credits her family especially her father when it came to the wedding preparations as they were involved in every aspect of the wedding. The highlight of the wedding, however, was her father’s touching speech which stirred the hearts of the guests. Her father and Shai also made an effort to engage a professional magician to learn magic tricks to perform at the wedding. “After presenting his speech, my dad performed his magic show and disappeared at the back of the curtain only to reappear at the entrance of the ballroom to walk me down the aisle. We wanted a grand marching song to walk in, so we selected the Star Wars Theme Song by John Williams. We really enjoyed our wedding because it was really crazy,” Melissa says with an amused expression.

She opted for an ethereal strapless white gown from Anna Sui paired with embellished laced pumps from Dolce & Gabbana, while Shai went with a custom tuxedo from Wardrobe. “In the months leading up to the wedding, I had to travel quite a fair bit, so it was impossible to do any fitting with my wedding gown. I picked out an Anna Sui gown as the dress fit me perfectly and I was really happy with it. I believe that all brides should get something that they look good in instead of something that they want. Be practical,” she shares.

When prompted on how they maintain a good relationship despite their busy work and travel schedule, Melissa shares the three promises she made to Shai in her wedding vows. “Every morning when we wake up, I will kiss him good morning. My second promise is whenever he comes home from work, I will greet him and hug and kiss him. The last promise is we will never go to sleep angry at each other.”