If 2020 was a difficult year, 2021 wasn’t much better. Although most of us got our vaccines and started to adapt to the new normal, the threat of new variants of the COVID-19 strain still largely dominated our lives.

Nevertheless, despite the challenges faced in 2021, several Malaysians did the country proud by winning international awards and excelling in their respective fields. Here is our annual round-up of Malaysians who achieved outstanding global achievement and were recognised for their efforts.

18 Malaysians who have received international recognition in 2020
People & Events 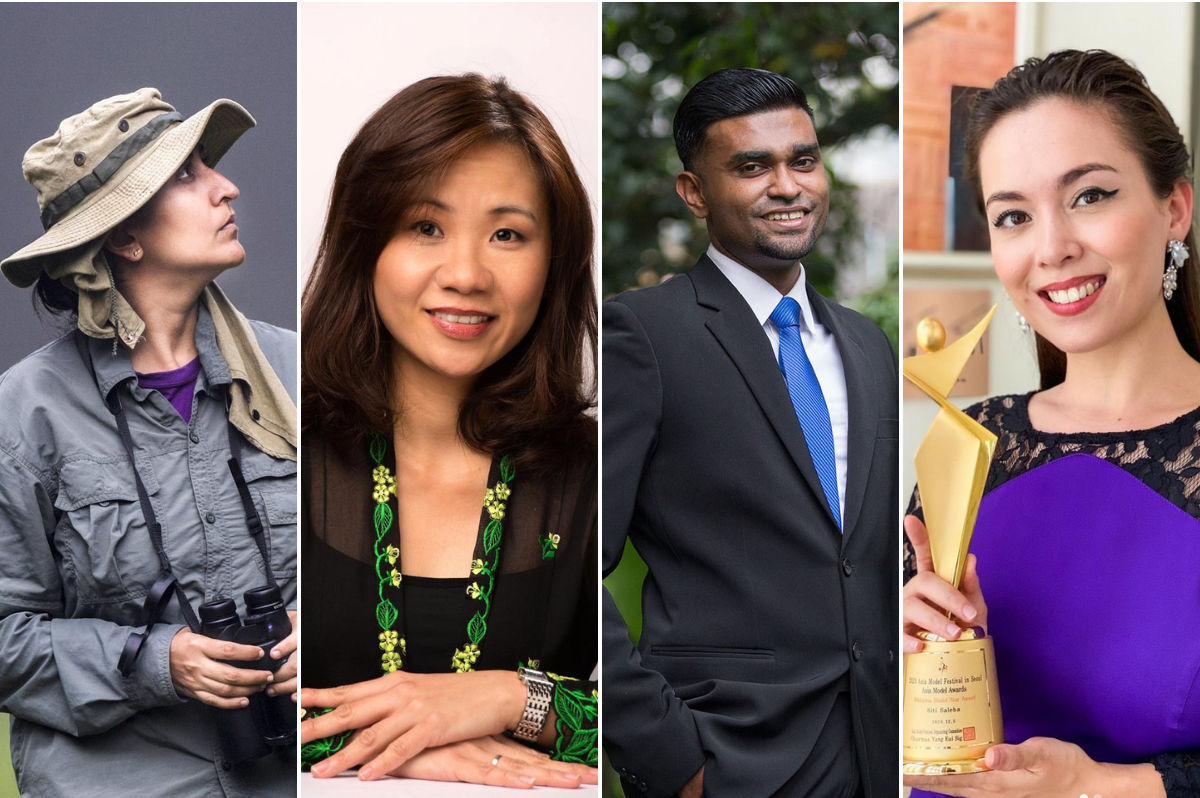 10 Malaysians who won international awards in 2021:

This 21-year-old documentary filmmaker took home the Silver prize for Best Feature Documentary at the Tokyo Film Awards. He was recognised for the film ‘Wanted: Shades of Life Episode 2’ featuring Agnesmary Selvaraj.

Sanadtkumar, also the Co-Founder of the International Youth Movement, Ascendance, told TheSunDaily, “Never in my wildest dreams did I ever think that anything that I ever produced would be recognised, let alone on a global stage. I was just a kid who loved movies. These are things that a kid like me can only dream of, but a lot of good-hearted people were patient with me and guided me to see that dreams can become a reality.”

Dr Rebecca Wong Shin Yee was given the prestigious honour of being named among the world’s Top 2% Scientists by Stanford University in the list published in October 2021.

According to The Star, this is the second consecutive year that the professor of physiology and head of preclinical sciences at SEGi University’s Faculty of Medicine has made it into the list that represents the top 2% of the world’s most-cited scientists in various disciplines. The database consists of scientists across 22 major scientific fields and 176 sub-fields from 149 countries.

Sarawakian musician and sape player Alena Murang is among the few Malaysians who won international music awards in 2021, bagging the Best World Music Video award for her song Warrior Spirit at the Buenos Aires Music Video Festival 2021 in Argentina.

Alena Murang also picked up two awards at the International Music Video Awards in the UK in July this year. She won the Best Asia & Pacific Music Video and Honourable Mention for Best Costume awards for Warrior Spirit.

Architectural designer Pamela Tan Poh Sin is also among the Malaysians that won international awards in 2021. She nabbed the top prize for her installation project, Eden, in the German Design Council’s 2021 Iconic Awards: Innovative Architecture this year.

According to HeadTopics, Eden was a temporary public art installation spanning 156sq m that was displayed at the 163 Retail Park Gallery in Mont Kiara, Kuala Lumpur from Nov 2018 to May 2019.

The jury panel said in a statement, “A wonderful installation that seems out of this world and offers visitors a place to escape the hectic nature of everyday life and find a chance for peace and internal reflection.”

According to the Malay Mail, Komathy holds a master’s degree in chemistry education from Universiti Pendidikan Sultan Idris (UPSI) and currently pursuing a doctorate in the same field at UPSI. During her 14-year-long career, she has produced several innovative products that have been recognised internationally.

Malaysian singer and composer Asfan Shah’s song Sifar took home the winning prize in the Music Is Key category at the International Media Festival For Prevention (IMFP) in Toronto, Canada this year. The song beat out 288 entries from other countries.

The song was featured in the film Warkah, produced by the Social Security Organisation (Socso) in 2019. The Music Is Key category was one of the six categories at the IMFP.

The 36-year-old artiste told Berita Harian Online that the song is about SOSCO contributors. “The agency wanted this song to convey a message about their mission to prevent accidents at work and also on the importance of contributing for the benefit of the future.”

11-year-old Maryam Muzamir did Malaysia proud with her invention that earned her three awards at the International Invention Innovation Competition (iCAN) in Toronto, Canada. She invented a form of livestock feed made out of ground shrimp and sea snail shells, called ‘YAM 2.0’.

Her invention was even featured on The Late Late Show with James Corden.

Associate Professor Dr Yeong Chai Hong, Associate Professor at the School of Medicine, Taylor’s University, was awarded the IUPAP Young Scientist Award in Medical Physics 2021. She is the first Malaysian scientist to win this award.

According to Ipoh Echo, Dr Yeong is an expert in nuclear medicine and interventional radiology. Her research team developed an award-winning laser-driven hot needle system for a safer and cost-effective percutaneous tissue biopsy procedure, thus improving safety and minimising bleeding complications during a needle biopsy procedure.

According to the Vulcan Post, the championship is an international competition that puts students’ design skills in Adobe Photoshop, Illustrator, or InDesign to the test.

The 2021 competition attracted over 65,000 contestants from 65 countries to prove their design skills, and Danny took home the top prize.

Hailing from Penang, Malaysian director Rubendra Ganeish Ravi took home the top prize at the White Unicorn International Film Festival (WUIFF) for his short film, This Too Shall Pass.

According to KKM, the 47-minute short film about a family struggling during the COVID-19 pandemic was screened at the Global Indian Film Festival held in Mumbai, India, from Oct 21 to 31.

“Winning the award was a victorious moment for me. Covid-19 has indeed caused pain and tragedy in the lives of many around the world,” said Rubendra. The film was made using a “Dana Kecil” scheme grant of RM15,000 from the National Film Development Corporation (Finas).