We count ourselves lucky and very fortunate to have interviewed so many incredible women in 2020.

And for the first time ever, our annual Prestige 40 Under 40 honoured all women making waves in fields like science and technology to social work. Here, we look back at 20 insightful interviews we conducted with inspirational, go-getting women in Malaysia. In conjunction with World Mental Health Day 2020, Prestige Malaysia spoke to dynamic women who redefine what true inner strength looks like. Tiffany Yow, Founder of The Flow, courageously shared her story of surviving bullying, major depression, and how yoga saved her life.

Read the story: A conversation about mental health with Tiffany Yow 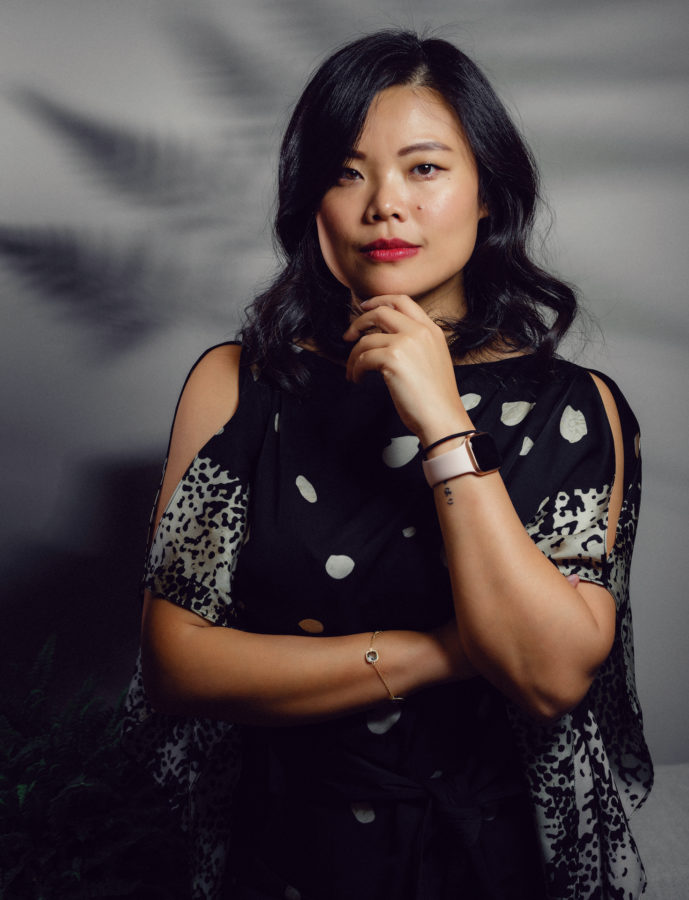 Made in Malaysia is a series by Prestige Malaysia that showcases homegrown talents across various sectors. In this interview, we speak to Fern Chua, the founder of luxury brand FERN Batik + Artisanal Collective. Fern shares her journey as an artist, traveller, and businesswoman. 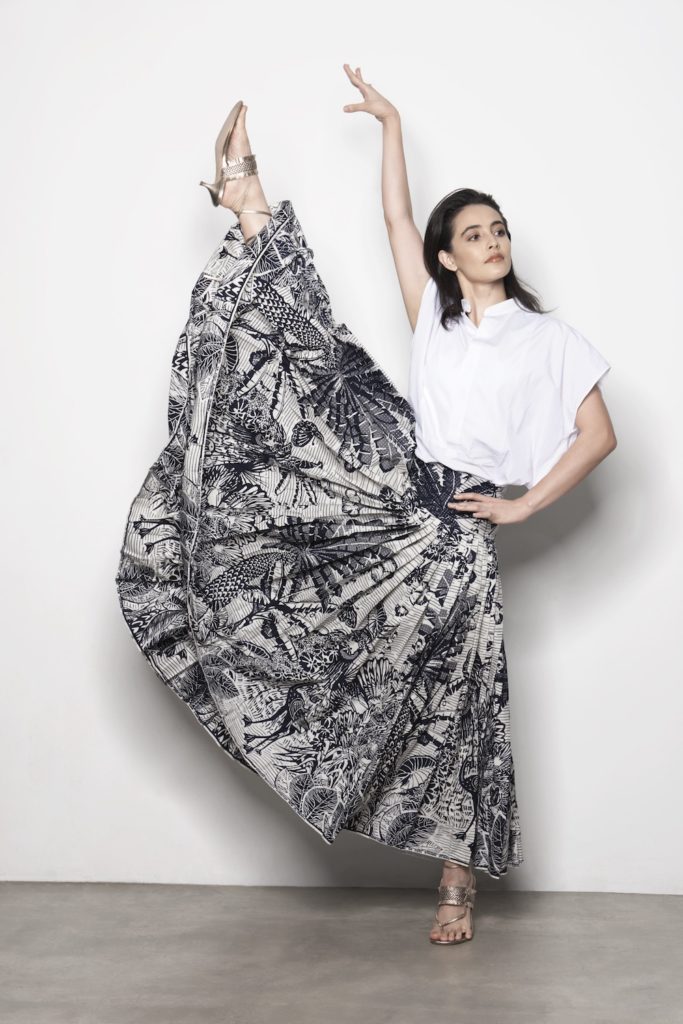 In 2016, Farah Ann Hadi felt that her world had come crashing down. The national gymnast had failed in her bid to qualify for the Rio Olympics by a mere 0.1 margin. That’s basically just a “foot out of place.” Farah Ann then realigned her goals, took the time she needed and kept her sights on the prize. In October of 2019, things paid off when she became the first Malaysian artistic woman gymnast to qualify for the Olympics in 20 years, and only the third Malaysian gymnast to make it to the Olympics.

Read the story: Farah Ann Hadi on making it to the Olympics The MCO has many people, including parents and kids, at home 24/7. While that spells out quality time, perhaps overdue, it’s undoubtedly also a difficult time as we remember that we are facing a crisis. Child & Family Development Specialist Racheal Kwacz shares her best tips for how parents can use this time at home to be there for their children in healthy and fulfilling ways. 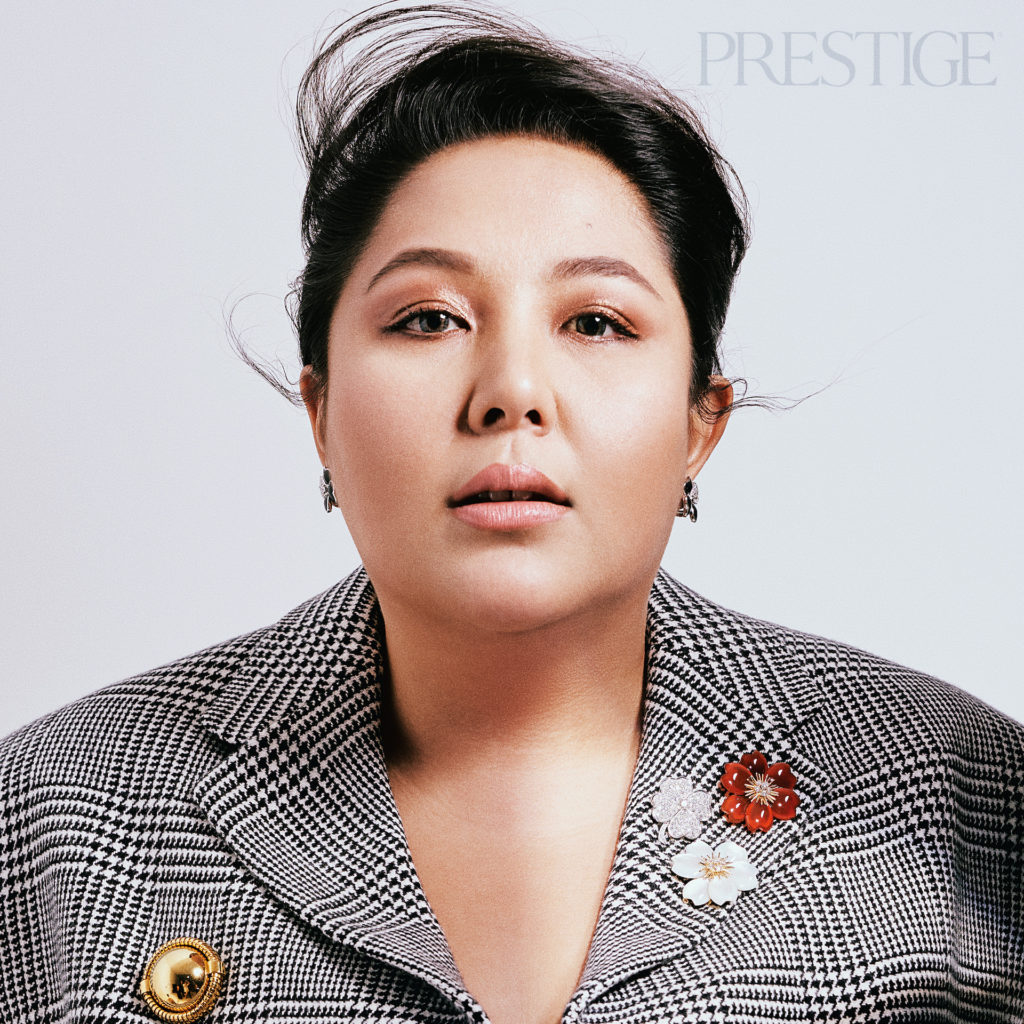 As an ambassador for Asian Food Network, Ili is well on the right path to reach her goal – placing Malaysian food on the roadmap. Ili uses adjectives such as intense, passionate, fresh, learning, evolving and constant when it comes to describing her long-standing relationship with food. “My love for food is constant as long as I have that innate need to cook for myself or my family,” she says. 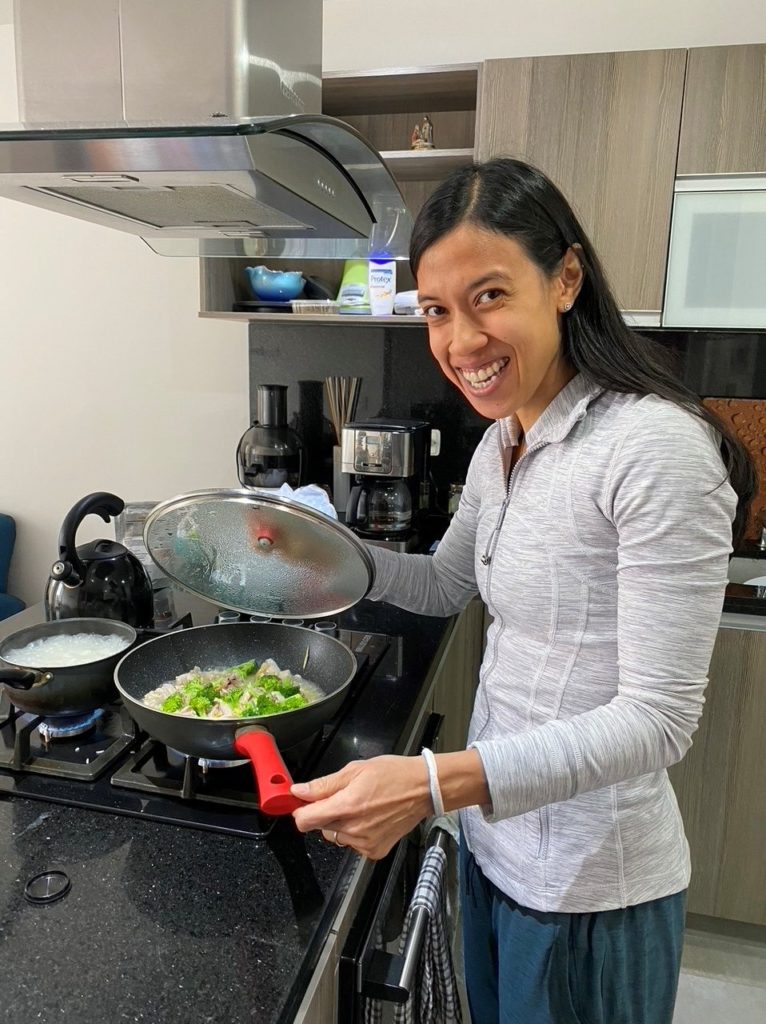 Datuk Nicol David took up the cause of encouraging Malaysians to focus on the positives and keep minds and bodies active as we united in facing the unprecedented challenges of 2020 together. In this interview, she talks about social distancing, her acceptance and acknowledgement of the new normal. 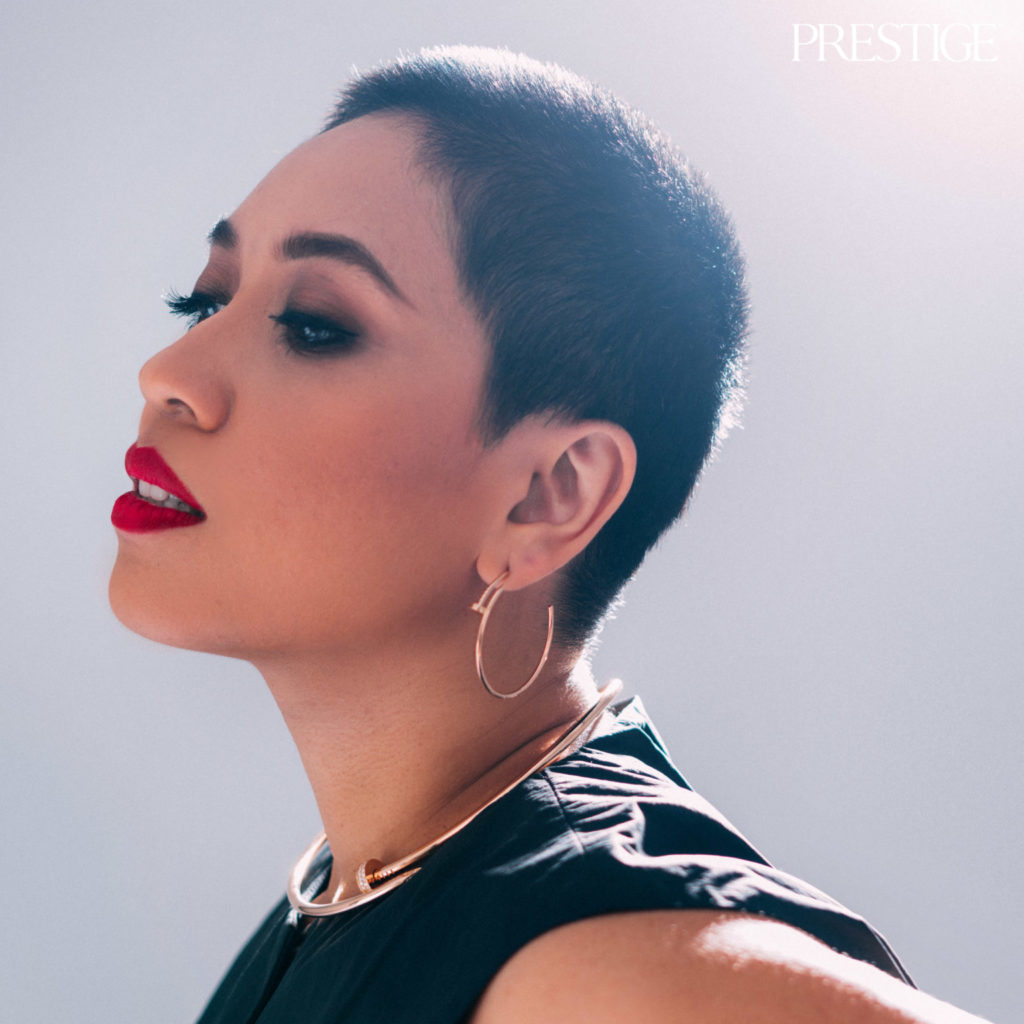 “I always had this vision of who I wanted to be, so when I felt like a failure, that’s when I went into depression.” Didie Nasir, CEO of Dynamics Inc, shares her story of overcoming depression and facing her present battle with Stage IV colon cancer. Describing the experience as an “alien thing” for her usually upbeat and positive nature, Didie had the self-awareness to recognise a difference in character.

Read the story: A conversation about mental health with Didie Nasir

Despite the challenges in business faced last (and this) year, e-commerce remains hopeful. A brand that stood out in these times was Wanderlust+Co, a Kuala Lumpur-based international brand of jewellery founded a decade ago by Jenn Low. In this exclusive interview, Jenn shares the up’s and down’s of her business during the first MCO. 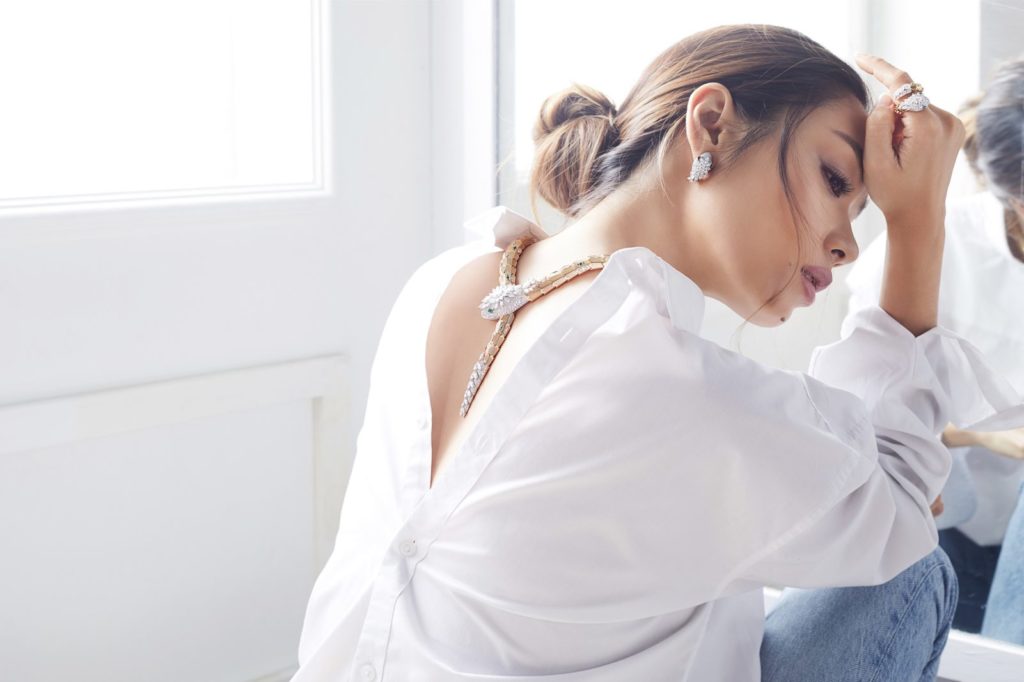 The year 2020 kicked off with our good friend Marion Caunter on the January cover. Looking forward to turning 40 in November, the mother of three reflects on her longstanding career in the Malaysian entertainment scene, back to the days of hosting 8TV’s Quickie, E! News Asia, and so much more. Meet breast cancer survivor Hiba Abdul Rahman, a pixie beauty who is always all smiles and also happens to be in the business of making people happy – baking. Hiba shares with us her experience post-diagnosis and she has also so kindly given us a detailed guide on how you can cope with breast cancer diagnosis and treatments, or help someone come to terms with cancer. Selangor state assemblywoman Lim Yi Wei was a Covid patient who has since recovered. She was initially tested negative upon her return from Sabah, following the state election, but developed symptoms of Covid-19 in subsequent days. In this exclusive interview, she tells us of the ordeal she went through. 2020 was the first in a long time since the singer-songwriter has been back in her native country for more than six months, a stark contrast to her previous week-long trips before flying back to Los Angeles where she is based. While the lockdown presented her with the rare opportunity to reconnect with family and friends, Yuna also kept busy with new projects.

Read the story: Yuna voices out on representation and colourism When Elyn Pow’s son Jacob turned two, she had a gut feeling that something wasn’t right. It turns out Jacob was autistic. “As mothers, we tend to listen to our gut feelings. Whenever Jacob was ill and saw a doctor, we were always reminded to bring him for a check-up to confirm if he was autistic,” shared Elyn who also runs Rawsome, a healthy food company that advocates active lifestyle. 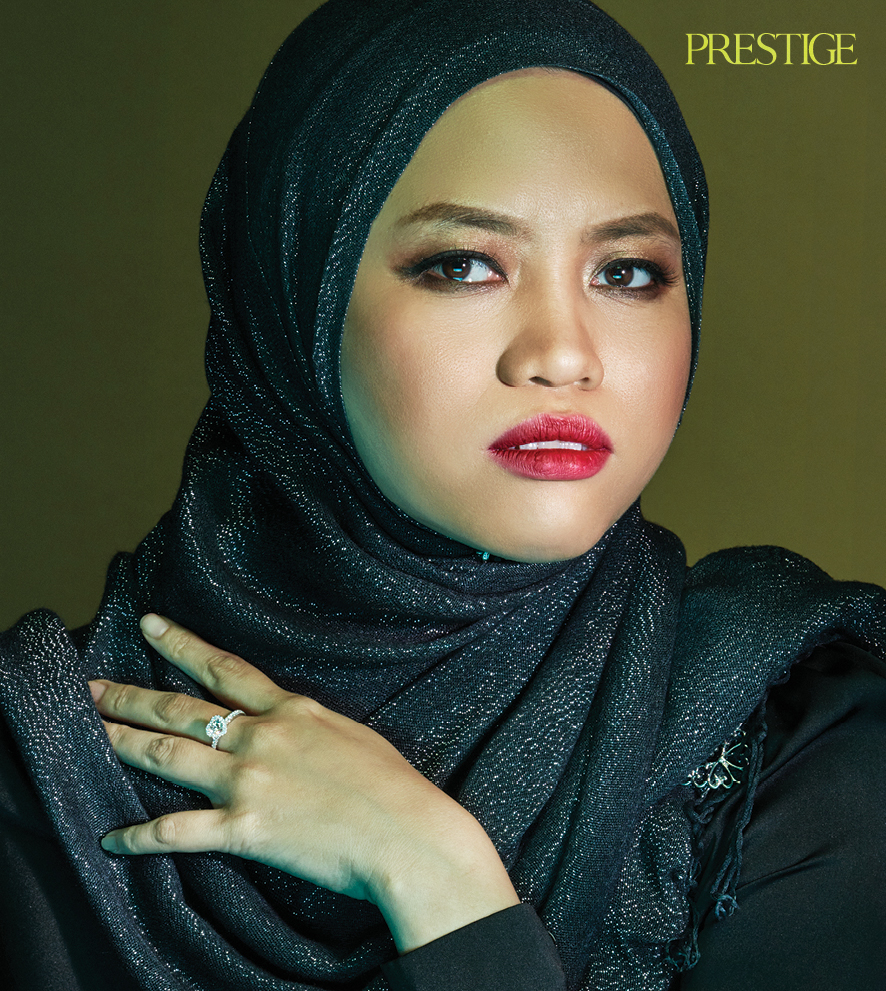 Read the story: Still harbouring unanswered questions regarding the emergency? We got an expert to enlighten

Splitting her time between Malaysia and the United States where she competes competitively against other pro-golfers on the prestigious US LPGA Tour, the nation’s no. 1 female golfer, Kelly Tan, had participated in her maiden Olympics Games held in Rio de Janeiro. In 2020, she was due to appear in her second Olympics Games in Tokyo. We asked how she felt about the postponement and if that has altered her trajectory. 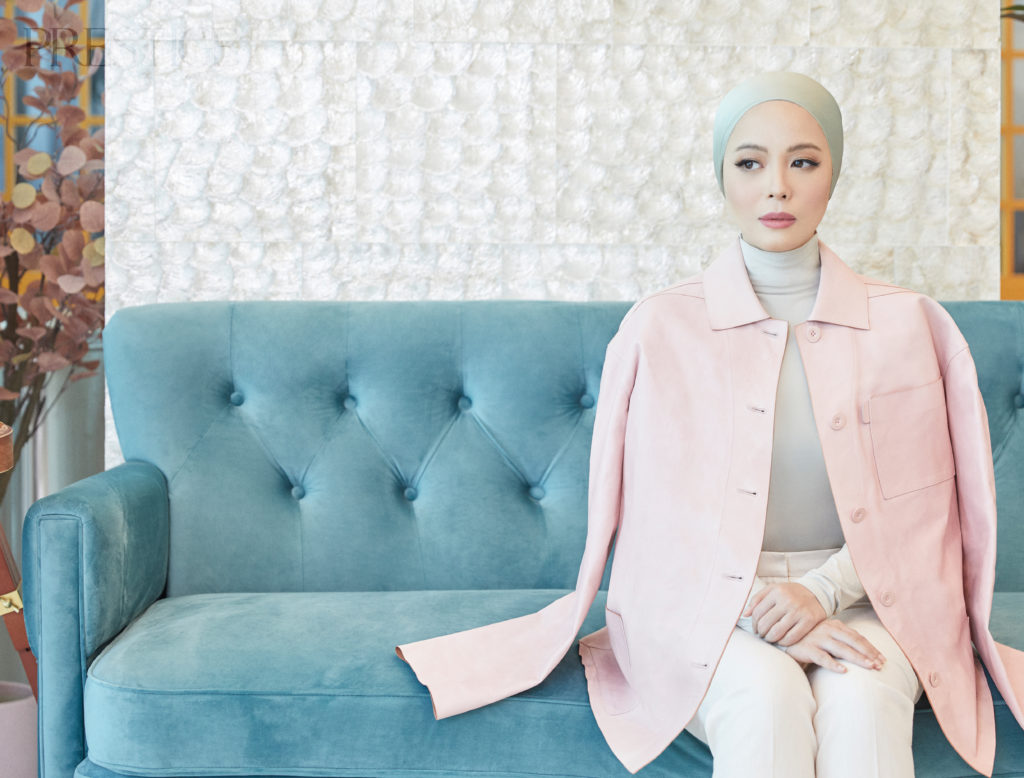 “Dear entrepreneurs of tomorrow, it was November 16, 2010. I was in a small room filled with flimsy furniture which I assembled myself. Clothes and packaging were everywhere in the room. One by one, I pasted the labels, which I wrote earlier, neatly and with love. There was a mannequin whose arms and legs were lying on the floor, but there was no time to clean it up, for it was a monumental moment – our business just went live,” Vivy Yusof writes in a letter that makes up our April issue’s cover story.

Read the story: Vivy Yusof has a message to tomorrow’s entrepreneurs 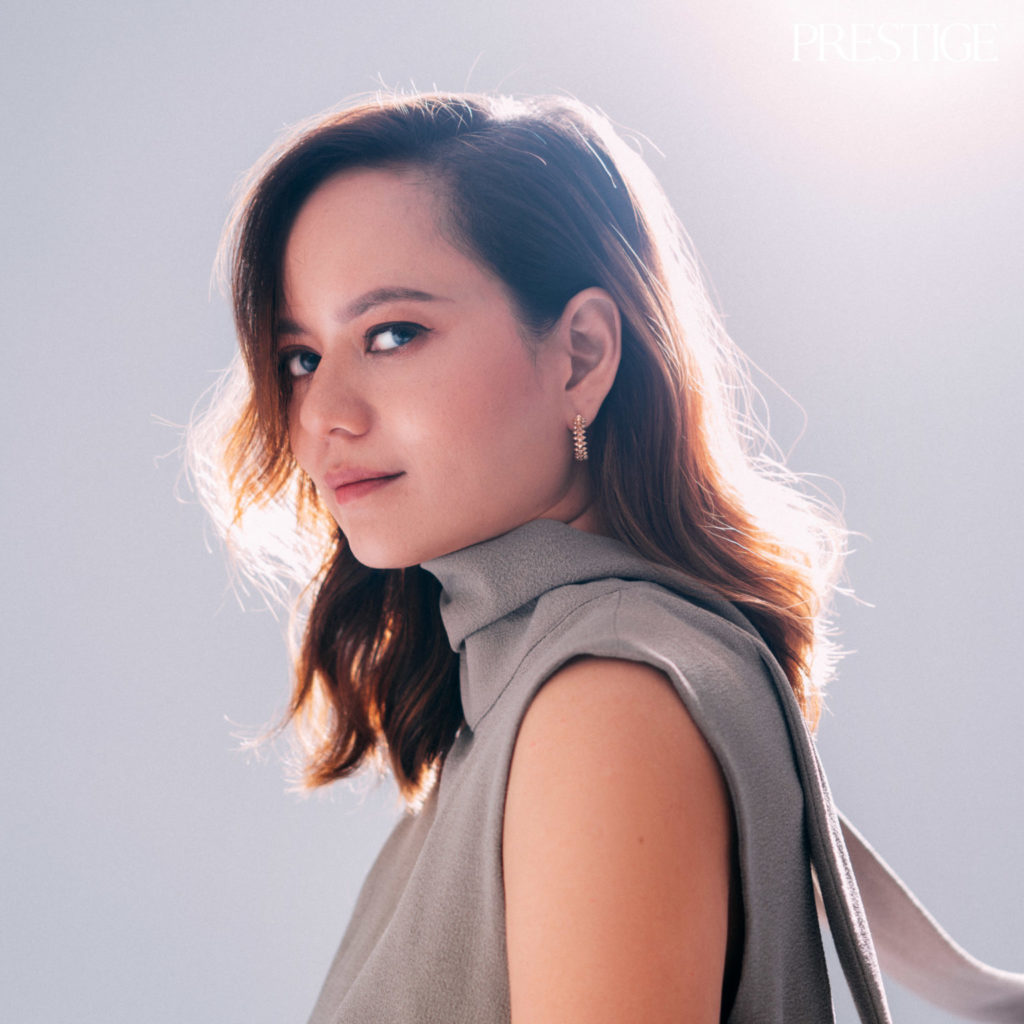 Meriza Anna Mustapha, Co-Founder of Maideasy, educates with her account of living with bipolar disorder. The prevalence of bipolar disorder in Malaysia is unknown, however, a survey by Ritchie & Roser (2018) estimates 46 million people suffer globally.

Read the story: A conversation about mental health with Meriza Anna Mustapha

We have had co-working and co-living spaces. Now, there is co-cooking too. Huen Su San, an enterprising alumna of Prestige Malaysia’s 40 Under 40 with businesses in Korean dining and venue management, introduces us to her new venture – Cookhouse.

Read the story: What is a cloud kitchen? The entrepreneur behind Cookhouse explains The novel by Malaysian writer Tan Twan Eng, which won the Man Asian Literary Prize, the Walter Scott Prize and was shortlisted for the Man Booker Prize, became the choice of Astro Shaw who partnered with HBO Asia to transform the book into film. For actress Lee Sinje, the film also provided her the opportunity to reconnect with Malaysia after having left the country early on to explore her acting career abroad where she made her name in Hong Kong and Taiwan.

Read the story: Lee Sinje on her role in ‘The Garden of Evening Mists’, out now in cinemas

Our August cover was graced by the founders of @everythingisloveforothers, a charity began during the MCO, when the group of ladies saw online the harsh reality of those less fortunate. No one, Angela admited, had any experience in doing any sort of donation drive. Furthermore, the ladies decided to embark on this on their own. They approached the charity “mum style,” delegating different roles to each of one of them.

Read the story: Founders of @everythingisloveforothers band together to help the underprivileged