Earlier this month, Malaysia celebrates the appointment of its latest prime minister, Anwar Ibrahim. Standing beside him is his wife, Dato’ Seri Dr Wan Azizah Wan Ismail, a formidable politician in her own right.

During Malaysia’s 15th General Election, the Anwar-Wan Azizah clan has been making headlines in mainstream media. Anwar Ibrahim (now Malaysia’s 10th prime minister) was in the running for the top job; Wan Azizah herself was vying for the Bandar Tun Razak parliamentary seat (which she won with a majority of 9,817 votes); and the duo’s daughter, Nurul Izzah was contesting at Permatang Pauh, a constituency that was thought to be a stronghold for the family.

Post GE15, Anwar Ibrahim and Wan Azizah continue to be the talk of the town. Read on to learn what you may have missed about Wan Azizah Wan Ismail.

However, it was short-lived after Tun Dr Mahathir resigned from his post.

She is a decorated medical practitioner

She even dedicated 14 years of her life to being a government doctor, before she moved on to committing her time to volunteer work when her husband Anwar Ibrahim was appointed as the Deputy Prime Minister of Malaysia back in 1993.

Remember going to Royal College of Surgeon, Ireland for a graduation. Looked up and saw Wan Azizah’s name etched, took me a while to work out it was her. #AnwarIbrahim pic.twitter.com/RzTa3ZLGEv

Although she was not the first woman to take the front seat in a political party in Malaysia, she is still a trailblazer. In 1999, she helped to establish the Parti Keadilan Nasional. This saw Wan Azizah elected as its first party president, making her the second woman in Malaysia to get the top party seat.

The first woman to do so was Ganga Nayar, founder and first president of the Malaysian Workers’ Party in 1978. 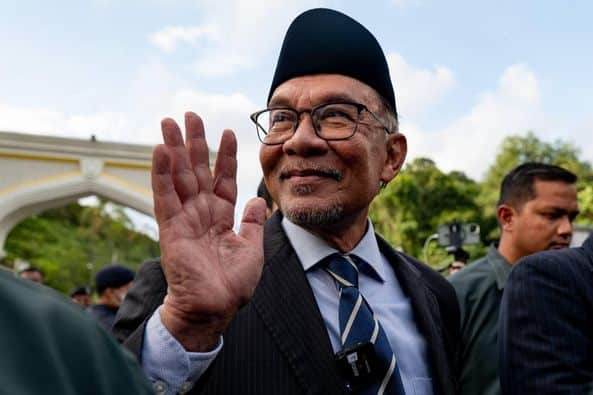 Her net worth is RM1.36 million

Just as Anwar Ibrahim declared his assets, so did Wan Azizah. As of 21 October 2022, her net assets is RM1.36 million. RM1 million is said to be in the form of bank savings and Tabung Haji.

With no outstanding debt or properties, jewellery, and art pieces, the rest of her net worth lies in four vehicles, including two Perodua Myvi and one Toyota Vellfire.

She is a mental health advocate

In 2018, Wan Azizah, who was the Women, Family, and Community Development Minister, called for the destigmatisation of mental health and urged the public to take a more proactive role and offer a helping hand to those afflicted.

At the time, the Ministry of Health found that 40 percent of Malaysians were bound to suffer mental health issues in their lifetime. In a 2017 survey, the ministry found some 18,000 individuals suffering from various stages of depression based on health screenings done on about 275,000 individuals.