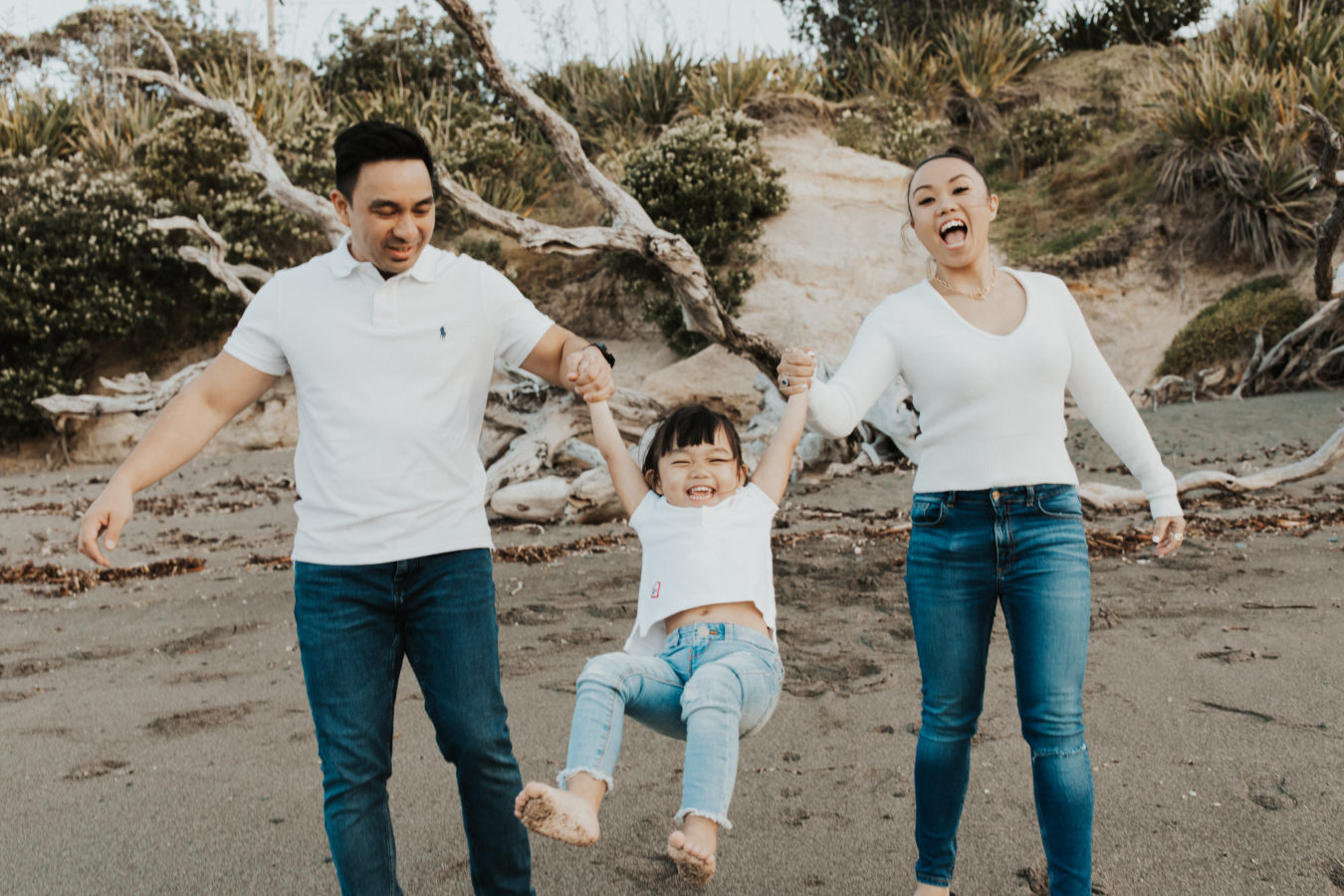 In an interview with Prestige Malaysia in 2018, she tells us that the diagnosis happened at a time when she was busy with her career, lived a relatively healthy life and was even blessed with a wonderful pregnancy. “…but for the last decade, I couldn’t shake that niggling feeling that something could be wrong with me. Both my grandmother’s and mother’s generations had one female that was diagnosed with a form of cancer. And I was always afraid that there was a chance it would befall me.” She said.

She fought her battle with the big C like a champ, with the support of her family, friends, other cancer survivors and a team of medical professionals who saw her through the initial diagnosis, chemotherapy and now in remission. Despite the very difficult time, she’s always in high spirits and is never seen without a smile. And now she’s using her own story to help others.

In a marriage, having a partner who will walk with you through any storm is a gift to cherish for life. Some unions are really meant to be, you can judge from the way the husband and wife stick together and come out stronger after a difficult episode. We speak to the man who has been by Malisse’s side all this time, her husband Azrul Izham, and find out what it’s like to support a spouse with cancer.

What was your reaction when Malisse was diagnosed with Hodgkin’s Lymphoma?

I was shocked and utterly in disbelief at first. Thinking back, I did not really know what actually went through my mind at that exact time. I think I was just trying to deal with things one step at a time – like how to be able to take care of my daughter Aleya while Malisse went to chemo and to take days off work to do it. My reaction if I remembered correctly was very calm and I tried to have a strong façade so I can comfort Malisse when she broke down and cried. Most of the time it works but there are times that even I could not hold it in and broke down as well. How did your life change after the diagnosis?

We started to build some sort of a schedule surrounding Malisse’s chemotherapy timetable. Primarily on taking care of Aleya because she was still a baby (4 months to be exact). Life was basically on a 2-week schedule routine as that was when Malisse had to go for her treatment. The first week right after her treatment, Malisse would be very weak and could not do a lot of things and had to rest most of the time. My parents-in-law and I would help with the feeding and putting her to sleep. The second week would still be the same but as she regains a bit more strength, she would spend more time taking care of Aleya. The mindset at the time was to just make sure that Malisse would not be stressed out more than she was already by any of the day to day things that had to be done.

You were a new dad who already had so much to deal with. How did you balance being a new dad and a support system for Malisse?

Honestly, I just tried my best to be there as much as I could and helped with anything possible.

At that time, I did not because I didn’t want to burden her with my stresses and worries on top of what she was already going through. Luckily, I had my close friends I could open up to and tell them what was going on with me. The hardest part for me was seeing her so weak especially right after her treatments. When I cannot take the stress, I would talk to my close friends and that helps a lot. Malisse is an amazingly strong woman to have gone through this experience the way she did, what have you learned about her which you never knew before this?

Malisse is a very resourceful and resilient woman. I admired how she took the whole experience as a journey and started to post it publicly on social media in order to reach and try to help others that were going through the same thing she is. At the same time, she found other support from people across the spectrum that had gone through or were going through this type of difficult times. I was very proud of her on how she could have easily portrayed herself as a victim but instead she chose to be an advocate of positivity to help others. She has a huge heart and empathy for others around her. I really love her for that and try to follow her in that respect.

What would you tell husbands who are going through the difficult period of learning about their wives’ cancer?

I can only advice to try to stay positive and do not be afraid to ask for help when it is too much to handle. You can only be a good partner when you are stable as well. So, try to be as much help as possible to your wives but not to the point that it burns and wears you out.

What was your guiding light and what keeps you going?