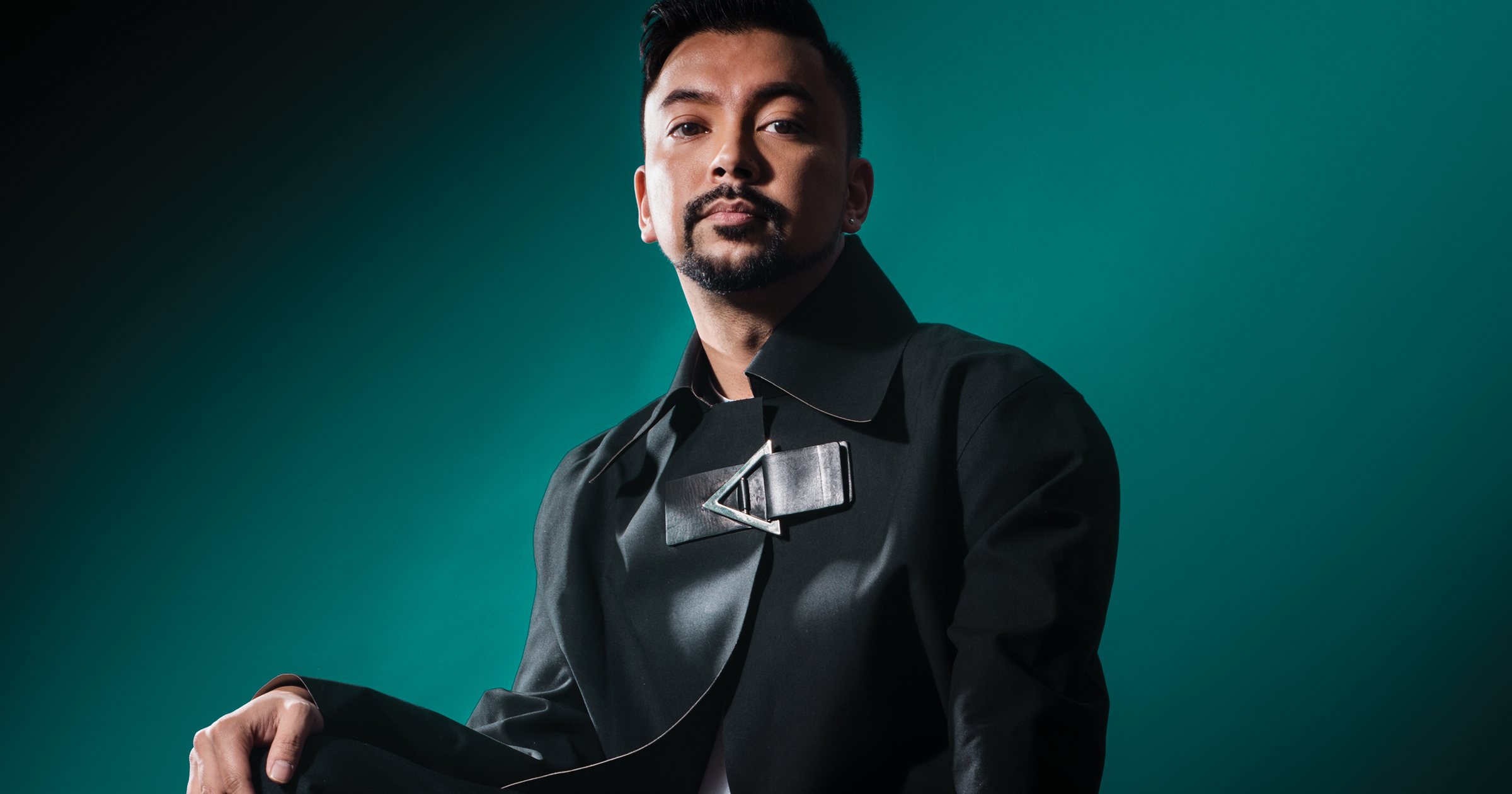 This story was first published in Prestige Malaysia September 2019 issue

Iqbal Ameer has failed so many times in his life that any adversity thrown his way today comes off as easy. “I’ve got a big never-give-up attitude,” he announces in a resolute manner, unapologetic for the hand he’s been dealt with. As Group CEO of Livescape, Iqbal knows all about having fun while curating events for the right audience, but he confesses that he simply did not know how to celebrate when I prompt him on It’s The Ship China’s maiden voyage which set sail earlier this year. The global expansion has been on the horizon as Iqbal has long since set his sights on replicating the concept abroad, especially after participation reached maximum capacity on last year’s pioneering Singaporean instalment.

While the nature of hosting a music festival on board a luxurious cruise liner initially came off as foreign to many back in 2014, today It’s The Ship is known as Asia’s largest festival at sea, hosting an array of international artists and fostering a community of ‘shipmates’ on board. “The issue with the ship is its limited capacity. We can’t scale to 20,000 as it is only limited to 3,800 and we only do the experience once a year. So we decided if we have something unique, we should venture out and do something different in other markets because we get to showcase different destinations,” Iqbal explains.

As with any expansion in new territory, partnering with the right local partners is top priority to ensure a successful launch. In this case, their China partners were the ones who found them as they came on board the ship on their own, had a good time and initiated the conversation with Livescape to bring It’s The Ship to China. “It was quite daunting for us because most of our team members did not speak the language, but our China partners made us feel at home. They are experienced event organisers in their own right and that was why China was the first market to push through this concept,” Iqbal shares while hinting at the possibility of two charters next year.

As for venturing into uncharted waters, he says the challenge lies between maintaining things to be done their way and how it is usually done in the local market. “You are on a cruise ship so you have to prepare yourselves for that. Communication is so important because there is no mobile reception out at sea. There are certain things that we put a focus on that not many event organisers will do when it is a landed festival,” he emphasises.

Was there anything different they incorporated into the China instalment? According to Iqbal, while most international music festivals strive to replicate a similar experience by delivering the same production, Livescape sought to localise content to cater to the local market. For It’s The Ship China, a rotation of EDM DJs and copious amount of bubbly kept the shipmates contented. “I had my own doubts and perceptions about China but it all changed after this round,” says Iqbal who expects the sponsorship numbers to also increase, surpassing Singapore’s next year simply due to the size of the population.

Iqbal’s lofty ambitions are bound to carry It’s The Ship further beyond Singapore, China and Japan as he seeks to hit an estimated valuation of US$35 million for six charters. “I’m happy to tell you that we are also venturing into South Korea. We are in advanced conversations for Australia and we have It’s The Ship Japan. The idea is we want to grow to six charters a year. This is something we can be proud of, a Malaysian company who built an IP which has attracted the interest of international parties who want to do the same thing,” he remarks.

At Livescape, everyone embodies a “work hard, party hard” culture. “I’ll tell you this, I am the boss but I try my best to not act like the boss,” Iqbal retorts. “I have an office upstairs but I make it a point to sit downstairs most of the time because I don’t want people to feel like there is a hierarchal gap. If you join Livescape, you have the responsibility to deliver and have fun,” the CEO opens up about his leadership style, citing that they’ve recently started testing a new management approach called Holacracy. This was inspired by his recent trip to Zappos, a US online shoe and clothing retailer hailed for implementing the best work culture in the world. “A lot of businesses these days go ‘oh I’m going to put a pool table in the office.’ We don’t do that. If you are able to turn your company into a living, breathing city, then you do not need to be the boss anymore. Every staff is the boss of the company,” Iqbal says of his new self-management approach which empowers staff to make their own decisions.

Then there is also the issue of attracting and hiring the right talent. There are two characteristics which Iqbal looks for in a potential new hire. Attitude and gratitude. “I seriously don’t care about your CV. I think about what the position requires from that person and I look at their attitude first. Is it a positive attitude, a sucking-up attitude or righteous attitude? Second thing is gratitude. I ask about parents, previous jobs and previous bosses. I’m looking for whether you are thankful even if you came from a broken home or had a terrible experience at your previous job but your learned something from it that made you a better person,” he says candidly.

“You have to be very objective and go no matter what, what is the first priority? And you focus on that priority and move from there. Move with tour team and manage the setback”
Iqbal Ameer

He speaks realistically about taking over the reins of being a leader and moving on from setbacks. “You have to be very objective and go no matter what, what is the first priority? And you focus on that priority and move from there. Move with your team and manage the setback.” He cites an example of a setback they had to deal with was a Livescape staff who took money from the company without anyone’s knowledge. The employee was dismissed from the company immediately, however, it was a setback for Livescape as they lost their main person who brought in the most business. “That was when I sat down with the whole team and they offered to help the company get back to the level it once was. And I’m so happy we did that because we achieved three times more than what the former employee initially brought in.”

Making tough calls also comes as part of his responsibility to steer the company in the right direction. There came a point when Iqbal had to let go of three co-founders for the sake of the company’s future. “That was a very tough decision because they helped you from the start so there is that legacy. Secondly, we’re not in the business of burning bridges.”

At this point, I ask Iqbal about his never-give-up spirit and where does it stem from? “It came from my grandfather,” he answers candidly without missing a beat. He credits his grandfather for this distinctive trait which has carried him through his darkest days, even during the time when he made five million and lost it overnight after the disastrous Future Music Festival Asia which was cancelled by local authorities.

“This is something we can be proud of, a Malaysian company who built an IP which has attracted the interest of international parties who want to do the same thing”
Iqbal Ameer

“My grandfather sold toys and he started walking from his house to a shop, bought the toys and walked another 5km up the road to sell the toys by the road for an extra 10 cents. From there he started to grow his business by selling other items such as lighters and minyak attar. Then he opened a sundry shop, but World War II came and the bomb dropped right on the shop, killing his brother and destroying everything. He did not give up neither did he go the world’s against me. He opened a second shop and it burned down with no insurance. The third tragedy was a flood and he took a loan for a big stock of goods. Customers would go to his shop and ask for batteries. Although he did not sell any, he would slip out the back door and go down the road to another shop to buy batteries, selling it back to his customer for the same price. It was a peculiar thing he did, but what was amazing was my grandfather realised the customer kept returning to his shop and more people did the same. My father also embodies this same never-give-up attitude and whatever setback or failure I have is nothing compared to what they went through,” Iqbal opens up, recounting how his grandfather’s perseverance ensured the survival of their family.

As Livescape enters its eighth year since its inception, Iqbal does not consider the company to be a promoter anymore even though it started as one. “We are an experiential events company and we focus on experience whether you are a rock fan or e-sports fanatic. That is our strong point and it makes us very different from the rest,” he remarks. 2020 is set to be a big year for them, with seven major events lined up not including corporate events that make up 40 per cent of their revenue.

Over the past few months, Iqbal took to social media and LinkedIn by posting up a slew of opinion pieces on his thoughts about the live entertainment scene in Malaysia. Among the issues he addressed in these posts were ‘Who is the true authority of live events in Malaysia?’, ‘Bringing big events back to Malaysia? Should we even try?’. But what does he really hope to achieve after stirring these discussions on the local live entertainment scene? “My rants began because if nobody is going to talk about it, then I am. We say we are a new Malaysia yet the same people are still governing the system. People in the ministry need to know the government changed because of the citizens and they need to comply with that,” Iqbal answers, no-holds-barred.

He cites how Malaysia was once at the forefront of theindustry ahead of Indonesia and Thailand before politicalagenda and selfish reasons halted the entire industry, resulting inus losing out billions of dollars in tourism revenue. Reports by the Arts Live Festivals and Events Association (Alife) state that at least 200 major events that were held in Malaysia between 2012 and 2017 with the support of the now defunct Malaysia Major Events (MME) contributed a revenue of RM3.13 billion to the local economy via tourist expenditure. “We need thegovernment to stop fighting and start understanding. Whetherthey want to or not, it is still going to happen just that it will take place illegally. Embrace it and work together with the private sector to make it happen properly,” Iqbal says, still hopeful for the future to turn around.