Carefully lowering himself onto the stool in the middle of the set and adjusting it to accommodate his tall frame, Gavin Green prepares for his next shot. Focused on the task at hand, he doesn’t seem to notice the photographer jokingly admonishing him for dwarfing everyone and making everything in the studio look miniature next to his 6’1” build.

When not as immersed, a smile plays on his lips every now and again as he receives instructions on his poses, smoothly going with the flow. The professional golfer may cut an intimidating figure, but strike a conversation with him and you’ll find yourself conversing with a laid-back young man whose hard work, determination, and perseverance got him to where he is today.

Turning 29 this year, Gavin has been inseparable from a golf club since he was seven. It all began when he and his family went to a driving range, where they pleasantly discovered that he was a natural at hitting the dimpled white balls. “I’m not too sure when that was, but I remember when the next Chinese New Year came, I used all my angpow money to buy golf clubs. From then on, it just took off.” Over the years, he’s honed his skills to become a record-setting professional in his chosen sport. However, his success did not come without sacrifices.

“I couldn’t be a normal kid,” he admits, revealing that he only went to school maybe three to four months in a year. “Growing up, sometimes I didn’t go to school and the only reason I didn’t go was because I had golf. I would have tuition, and golf again after that. I was up at 7am and probably didn’t get to bed until it was 11pm or 12am when I was a kid. It was a lot of hard work, not just on my part but on my parents’ part as well. There’s a lot of sacrifice that came from them. They decided to put all their hard work and finance into us. It was a huge sacrifice from their side and from ours, we just got to give 100 per cent whatever the result might be.”

In his teenage years, he decided to make the sport his career. “Before I went to the States, when I was 17, I was really good but I wanted to take the game to the next level. The level of golf there, you’ve got to be super, super good to be able to win, or to be on top of all the colleges. So that was a stepping stone in my life which I really enjoyed. Did four years, finished school – from the golfing side improved, matured – and then I was ready to turn pro. I didn’t rush into it, took time, came back to Malaysia and turned pro, and my career just kind of took off from there.”

As with most athletes (or the whole world, to be exact), his hardest struggle presented itself to him during the pandemic. Due to quarantines and travel restrictions, he found himself remaining in Europe for most of 2021, unable to return home to Malaysia for seven and a half months. Touching on his experience at the Tokyo 2020 Summer Olympics, he candidly answers that it wasn’t as exciting as the Rio 2016 Summer Olympics. He wasn’t able to watch any of the other sports matches live – as he did in Rio when he witnessed Usain Bolt win his final gold – but he is grateful that he was able to have his father by his side then, marking Green senior’s second time accompanying his oldest son to the Olympics.

“The amount of paperwork to get into Tokyo, it was a nightmare. But it was such a great honour playing for the country. If I could do it again, I’d do it. That’s one of my goals.” He squares his shoulders; the distinctive five interlocking rings on his arm peek from under his sleeve, the tattoo serving as a memento of his rough journey prior to finally qualifying for the 2016 Olympics.

“We’ve done well together,” he smiles, referring to his father, Gary, who started caddying for him on occasion after he turned pro in 2015. He draws a parallel between having a caddy and having a boyfriend or girlfriend. “You get along, it goes a long way. You don’t get along, you get the boot,” he laughs. As for his mother, Vivienne, she steps in as his manager of sorts, especially in Malaysia, when his actual UK-based manager isn’t around to handle his schedules. Currently, his father is focused on caddying for his younger brother, Galven, who is making a name for himself on the Asian circuit. Considering their surname, maybe it was inevitable for the brothers to end up making a career on the green.

Confessing that although he’s not a particularly tough older brother, his strict side does surface when it concerns his watches. “I told him I’ll give him one rule: you can use my watches, just no scratches,” he says, revealing that this is due to his brother’s tendency to borrow from his collection of watches. He pulls a face when asked if that’s occurred before. “Oh yes, and I wasn’t very happy. I said ‘no more watches, not for a while.’ When it comes to this stuff, then I’m hard on him.”

“It’s my first time experiencing different ones,” he refers to the collection of Hublot watches he’s worn for the day. “The Spirit of Big Bang, The Unico, The Square Bang. I’ve always been a fan of Hublot. There are a few watch brands but Hublot is a pretty big one in golf. It’s cool that they come up with watches that can calculate golf scores, do all kinds of things on it, and the fashion is right up there.” Extending a hand, he glances at his wrist to illustrate his next point, “I like something big, a bit heavier, that fits my wrist. I have a pretty big wrist, so anything above 41 mm is okay. 43 mm to 45 mm, that’s probably my range, I’ll say.”

As Big Bang is a collection synonymous with Hublot, we ask him to share with us his “big bang” moment in life. Mulling over it, he finally picks the year he became the first Malaysian to top the Asian Tour Order of Merit. “Probably in 2017. That’s when I won the Order of Merit in Asia. There were a lot of things that went with that, you know, that year that I won. My Grandad passed, but there was also a lot of good golf, and my confidence was running high. It was such an unbelievable feeling, being the only Malaysian to do it so far. It’s just something that in the future, if I could recreate it, I would.”

Comparing his games abroad and locally, he states, “I think there’s a bit more pressure playing on home soil, just because you’re expected to win.” He most recently triumphed at the Professional Golf of Malaysia (PGM) Tour’s inaugural Tun Ahmad Sarji Trophy last February. “It gave me some sort of boost, at least,” he says of his win. “Having that, I felt like a kid again, winning again. Obviously, we [golfers] want to do well. We don’t want to play badly, none of us do. But if it happens, it happens. That’s just part of the game. I think you just got to accept it and move on. Just keep working towards your goals.”

As he slowly returns to form, he finds solace in the fact that things are gradually returning to their pre-pandemic state. He is able to fly out and return home more frequently now as travel restrictions are relaxed. “I get to be back home a little more for the next few months. Just two weeks away and come back, that’s not bad at all.” He wistfully concludes, “I love home too much for me to leave for too long.” 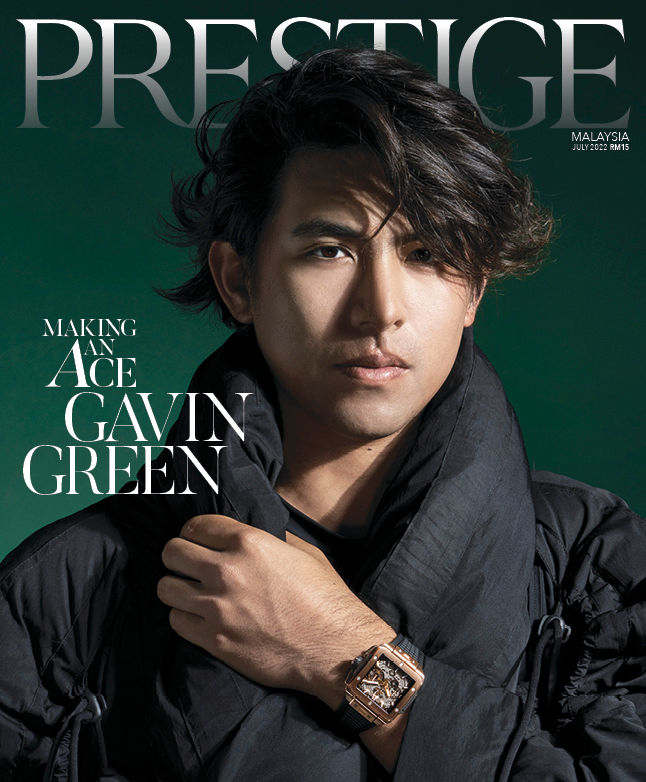 This cover story first appeared in Prestige Malaysia’s July 2022 issue. To read the full story, pick up a copy in store or subscribe on Magzter.