The humble home-cook-turned-celebrity-chef shows up on Valentine’s Day to our cover shoot, radiating with positive energy that’s infectious and never without a smile on her face. As an ambassador for Asian Food Network, Ili has plenty to juggle on her plate. Between creating content, on-ground engagement with the public and attending food festivals, she’s well on the right path to reach her goal – placing Malaysian food on the roadmap. Ili uses adjectives such as intense, passionate, fresh, learning, evolving and constant when it comes to describing her long-standing relationship with food. “My love for food is constant as long as I have that innate need to cook for myself or my family,” she says.

Cover story: Farah Ann Hadi on making it to the Olympics
People & Events 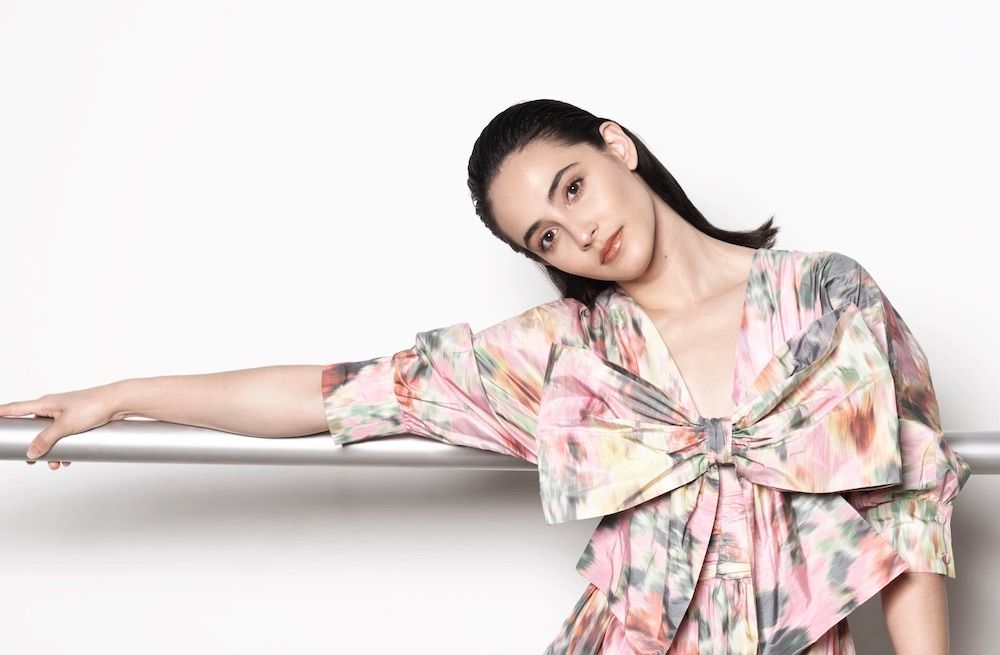 As a public figure, Ili has been forthcoming about her struggle with PCOS (polycystic ovary syndrome). “I was recently diagnosed with PCOS so my theme this year is to empower women by leading honest conversations revolving around women’s health and issues that are taboo,” shares Ili who recently made the switch to gluten-free, pointing out that it is completely manageable if you look after your diet and wellbeing. In conjunction with International Women’s Day this March, she will be collaborating with Kind Kones, an all-natural vegan ice cream brand to bring light to women’s health and issues.

“I saw how the power of food can change people.”
Ili Sulaiman

Turning passion into a professional career

“I was working with the ministry of education and the schools and that was when I was introduced to the different cuisines offered by the different states. I saw how the power of food can change people. It was initially difficult for everyone to be on the same page but around food, our barriers were lifted and we got to know everyone better,” she shares. “People think I’m just a chef but I feel I do a lot more. Food really does nourish the body, it changes people’s demeanour or even the way they feel. That’s when I realised I have to focus on my passion,” says Ili who kick-started her culinary career by launching Dish by Ili, a catering business that offered delicious home-cooked meals served in tiffin carriers. In 2015, she clinched the title of Food Asia Hero and went on to host numerous television shows with Asian Food Channel.

Biggest takeaway from a failed partnership

As a businesswoman, she has come to learn the hard way that partnerships are not meant for her. “I don’t think partnerships are for me and that’s just a preference. Because I’ve had failed partnerships in the past, I have to take ownership and lead my own projects. That does not necessarily go well hand-in-hand with a partnership. It was a hard and very expensive learning curve, but it’s a learning curve I truly appreciate now,” she opens up.

In 2016, Ili had teamed up with two partners Basira Yeusuff and Nizam Rosli to launch Agak Agak Initiative, a social-enterprise-driven restaurant that serves to empower underprivileged youth through talent development, training courses and job matching. “When a partnership is not strong enough, it does affect the way a business is successful or not,” Ili addresses the now defunct social enterprise. She notes how sometimes a business or opportunity is also short-lived because of luck. Agak Agak was given two years to kick off, but six months before their tenancy agreement expired, it all went downhill. They suddenly found themselves scrambling to make ends meet and tensions arose due to dwindling customers. “It was a stressful time for us,” she opens up about the turbulent times Agak Agak went through. “When we didn’t have the restaurant anymore, Basira’s role became redundant because she was head of operations. I was in charge of training then and I still had the apprentices but once they graduated, we did not have money to employ more apprentices. We then had to have an honest conversation between ourselves. We really did give it our all but we had to be realistic about our financial situation and question if our goals were still aligned. At that point, we realised we had to say goodbye to the initiative.”

“My love for food is constant as long as I have that innate need to cook for myself or my family.”
Ili Sulaiman

As a young girl who grew up around food, Ili’s childhood memories often revolved around cooking in the kitchen with her grandmother who shared fascinating tales about the family’s history. “The process of making food is equally as important as the recipes as it is when the stories of our history come alive as well. I discovered how my grandfather was a prisoner of war through my grandmother’s stories in the kitchen.” She also recalls how her youthful cheeky self often landed into trouble for stealing her neighbour’s long beans, mangos and rambutans while walking home from school. “My mum had to apologise,” she chuckles.

Learning to say no

On the personal front, Ili has also learned that balance is key.  “In the beginning, I was very ambitious to do everything all on my own. I’m a chef, I create recipes, I’m a television host and employer. Playing those roles took the best out of me and I stopped focusing on the things that make me happy like my family, friends and my health. I’ve learned to say no and be more selective on the kind of projects I do, really taking into consideration the longevity of the project. That’s the reason why I was able to get married last year. I realised I wasn’t investing in myself.”

Striking a balance between social media and reality

In a digital age where celebrities and public figures curate their content right down to their personal lives, Ili treads on the other side of the spectrum, refreshingly candid about what she shares with her followers. How much of it is authentic though? “I try not to fit in the mould but I have to be because of what the industry requires. However, I try to keep it real when I have control of the content; then I’m as real as I can be. A lot of people appreciate that and if people come up to me to say hi, I’ll say what’s up!”