Who is Ebraheem Al Samadi, the richest cast member of ‘Dubai Bling’?

Ebraheem Al Samadi is one of the 10 ultra-rich individuals who are part of the cast of Netflix’s reality show Dubai Bling. How did he make his fortune and how did he become so successful?

The show, which hit the streaming platform on 27 October 2022, has its lens on the drama and lifestyles of the wealthy cast members — each of whom has their own standing in society.

Even though all the cast members are not from the United Arab Emirates (UAE), they live and work in Dubai and are part of the city’s social, business or entertainment worlds.

Though the show has not received positive reviews, some of its cast members are particularly famous. Among them is Lojain Omran, who is from Saudi Arabia and is a renowned TV personality in the Arab World. There is also Zenia Khoury, who arrived in Dubai in 2006 after escaping political unrest in her home country of Lebanon.

If Khoury is one of the most prominent women business leaders in the Arab world, Al Samadi is well on his way to becoming a business tycoon. 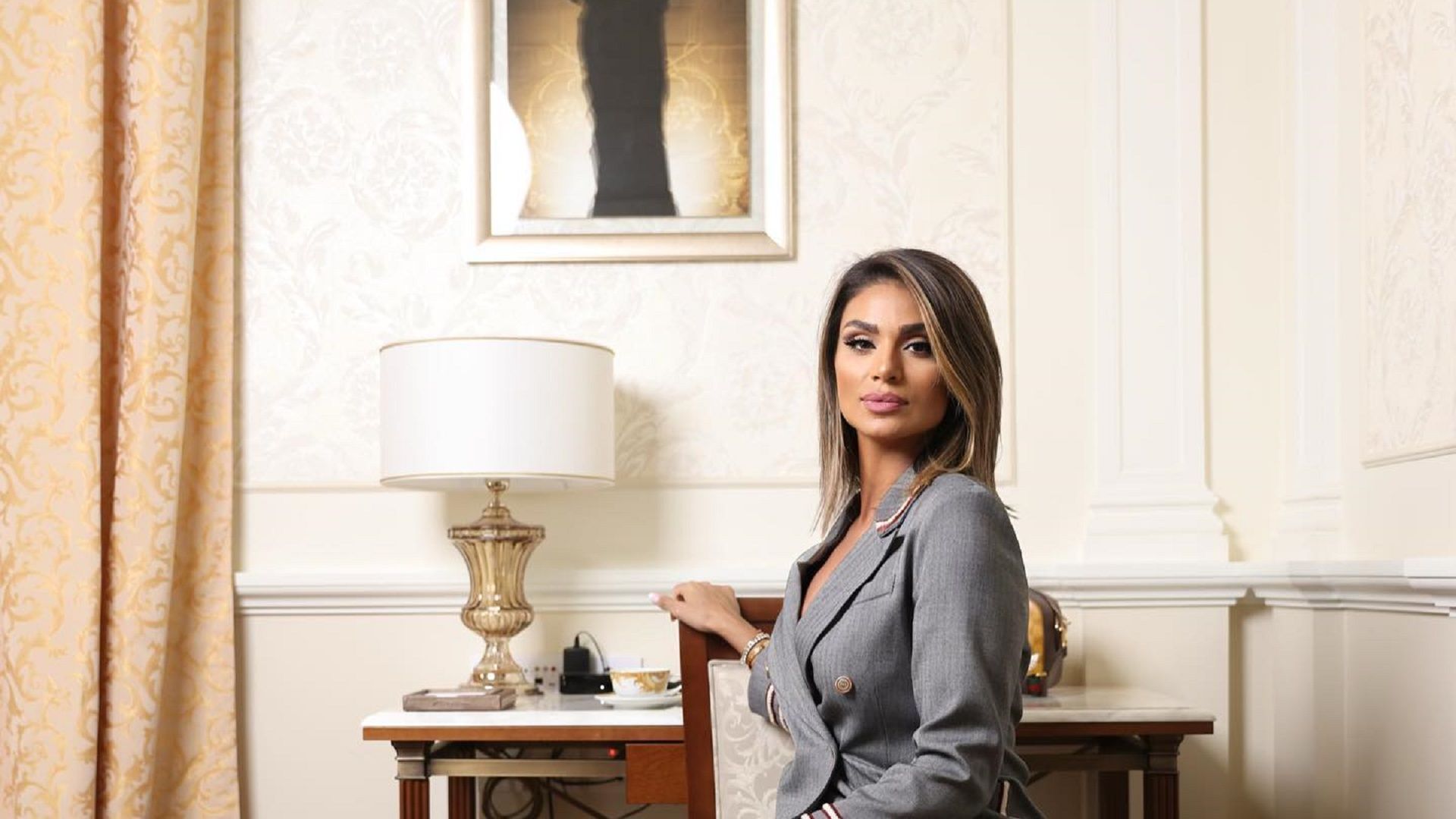 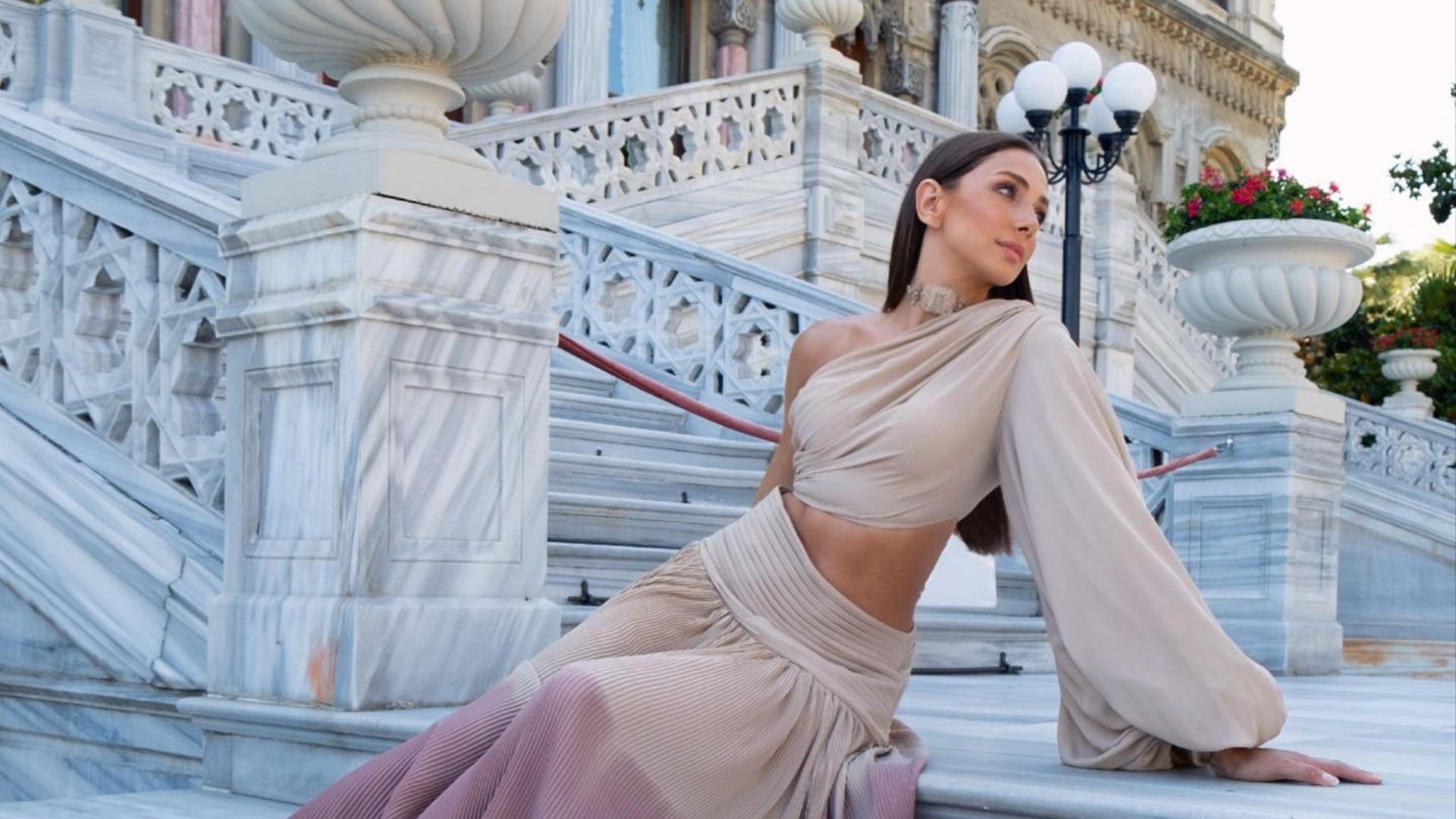 Who is Ebraheem Al Samadi of Dubai Bling and how did he make his fortune?

A story of single-minded determination

Al Samadi was born in Kuwait in 1988 as the youngest of five children. His father, a wealthy Kuwaiti hotelier, split from his American mother when he was 13.

He was subsequently raised in Orlando, Florida, US, by his mother. This marked a change in his life. Used to all kinds of luxury, the teenage Al Samadi had to live in a one-bedroom flat with his mother and sister following his parents’ separation.

However, this was also the decision that inspired him to succeed in life on his own.

An early start in the world of business

Al Samadi was only around 13 years old when he started reselling items on eBay from his Florida home. He began by selling Levi’s jeans at USD 20 a pair against his purchase price of USD 10.

“So I went to the store with the USD 20 I made and purchased two jeans. And those jeans came into four and those came into eight and it kept going until I started my own home business with a brand called Marshalls that sells off-season brands,” he told Arabian Business in 2016.

He said that he had a “very good understanding at a young age of what to sell to whom.” Citing the example of luxury children’s wear, Al Samadi said that he bought products in the US which were not in demand in the country and sold them in France where they had great demand.

Because he was still not 18 years old, Al Samadi could not work for more than 20 hours a week under US child labour law. He said that this encouraged him to write to a Florida senator requesting a waiver and explaining his situation as the sole provider for his mother and sister. The waiver was granted.

According to Global Citizen, which published a profile on Al Samadi in 2016, he cleared his high school diploma before he turned 16, with a score of 480/500.

With the waiver granted and the diploma, Al Samadi had no hindrances in his way.

He also took up odd jobs, including three at once — a lifeguard, a rose-seller at an entertainment dining company and a cashier at a gift shop.

Al Samadi established his first proper business at the age of 17. Named EHA LLC, the company imported roller skates from China and sold them under the brand name Wheelies in Florida. It was so successful that the business opened nine stores in one year. However, the business closed down after two years.

In 2010, he moved to Dubai. He founded the Al Samadi Group and serves as its CEO. According to Arabian Business, Al Samadi said that the group grew 25 percent year-on-year from 2010 to 2016. As per Dhow Net, a database of businesses in the Middle East, the group has two divisions — hospitality and retail — and has eight brands under it, including Big Smoke Burger and The Chickery.

His business acumen ensured his rapid rise in the entrepreneurial world and, five years after founding Al Samadi Group, he became the owner of Forever Rose — a brand that sells “flowers which last up to three years without water and sunlight and available in 34 colours.”

At the time when Al Samadi bought Forever Rose, it used to earn a revenue of just around USD 1 million a year. However, Al Samadi put his outstanding business strategic intelligence into transforming the company.

He moved it from London to the UAE, bringing it closer to the rich Arabs who would prove to be a bigger customer base for the unique roses than the exclusively royal clientele it had before.

In the first month, his business earned only USD 81,700, which was, in his own words, “really bad for all the effort we put into the brand.”

However, his policy of prioritising customer service over sales was so effective that by the end of 2015, Forever Rose earned a revenue of USD 8.2 million. And around 18 months a year after it came under his control, Forever Rose had transformed into a business worth USD 21 million.

Forever Rose, which is one of the eight brands under the Al Samadi Group, isn’t just a name selling long-lasting roses; it is also known for the Forever Rose Café, which was designed and created by Al Samadi himself.

In a conversation with Khaleej Times, Al Samadi said he was inspired by the world of Disney in Orlando for the “highly Instagrammable,” black-and-white interiors of the café. Images of famous personalities, such as Princess Diana and Vice-President and Prime Minister of UAE Mohammed bin Rashid Al Maktoum among others, are drawn on panels inside the café. Everything from tables to floor follows the same monochrome theme.

Outside of the busy café is a massive wall where drawings in the same colour theme transform it into a 2D, open-air photo booth for patrons to pose for pictures as they wait for a table.

There are two Forever Rose Café outlets, one in Dubai and the other in Abu Dhabi. Including the two, Forever Rose has its presence in 10 locations across five cities in four countries — the UAE, Qatar, Saudi Arabia and the UK.

Besides roses and the café, Al Samadi has, rather logically, expanded the business into fragrances. Under the same ‘Forever’ theme, the Forever Oud brand sells the “world’s longest-lasting perfume,” according to the label. Other items, including incense sticks, luxury candles and scents, such as Beyond Love, Addiction and Mind vs Heart, are sold under the Forever Oud label.

Net worth of Ebraheem Al Samadi

Due to his incredible success in the world of business, Ebraheem Al Samadi has a net worth that makes him the richest among all the cast members of Dubai Bling.

Al Samadi’s representatives showed documents to Arabian Business, which revealed that he is worth USD 50 million — a figure that is around 13 times more than the net worth of Loujain Adada, the second richest member of Dubai Bling.

He is followed by Loujain Adada, the richest woman, among cast members of Dubai Bling.

A star on social media

Al Samadi is very active on Instagram, where he goes by the name ‘The Blooming Man.’

Like other millionaires, his Instagram account offers a peek into the ultra-rich lifestyle that Al Samadi leads. He documents his vacations to destinations such as the Italian cities of Amalfi, Portofino and Milan, as well as Turkey.

His followers gush over his toned physique, pictures of which he posts from the gym. His favourite gym, according to Al Samadi, is Oxygen Gym O2 Fitness.

Add to that pictures of him riding horses at Dubai’s A3yan Stables, and it completes the portrait of a person who has the unique combination of brains, brawn, style, money and a loving family.

In a conversation with Masala, Al Samadi said that he owns a Mercedes G63 2022 AFG, which is worth USD 270,000. The car is his “most recent, most expensive and the most exciting purchase.”

But of note is his watch collection. He told Masala that the value of his “prized possession” is over USD 500,000. Understandably, Al Samadi has a particular fondness for watches.

When he was being interviewed by Arabian Business in 2016, he told the publication that watches “tell the story of a man’s life” and was wearing a small Rolex watch that he bought when he was 17.

This article was first published on Lifestyle Asia Hong Kong