People & Events
Ezurin Khyra and her clan star in the new season of Astro’s reality show, The House
Share
Next article

If there’s one person who deserves her own reality show in Malaysia, it’s got to be mother-of-five, fashionista extraordinaire, large livin’ diva Ezurin Khyra or Princess E. Having mastered the art of living beautifully, she sure knows how to make her mark. Her 191,000 followers on Instagram can attest to how they look forward to her regular updates on her life.

Ezurin is the pièce de résistance for Astro Gempak’s The House Season 6, a reality show catered towards ‘Malaynials’, together with her five children – Tunku Amaan Khyra, Tunku Nadya Khyra, Tunku Omaan Khyra, Tunku Imaan Khyra dan Tunku Rmaan Khyra – and sidekick Magie Abang Saufi. The show centres around putting families together in a house and subjecting them to ‘challenges’. Can the Khyra clan survive going back to the basics at a kampung house in Hulu Langat? When satellite TV provider Astro proposed the idea to her, she thought about it long and hard and finally agreed to be on the show with all her children and soul sister, Magie. It’s the first time in a long while, all five of her children are back home from their schools in the United Kingdom.

“There are six topics or themes I wanted to explore with Astro, because since I have this platform to create awareness, I wanted to use it wisely. I didn’t want to use it (the show) to flaunt my handbags or shoes because you’ll just create green-eyed monsters and people who will hate you during this time of the pandemic,” she shares.

She’s nervous about the show but she’s fully aware that one can’t expect everyone to like her and she thinks that it’s okay. “At least there will be check and balance, no one is perfect. For those who don’t like me, I hope I can give them reasons to find something they’d like in me.” Shoot took place all day in front of seven cameras or so and Ezurin says all their movements were being watched and what you’d see on TV is as real as it gets. They spent a whole month in Hulu Langat shooting for The House in August and September. “Initially it was daunting (the idea of the camera following you everywhere) but after a while you get used to it and we learned to just be ourselves. So, it was kind of organic,” says Magie.

Who doesn’t love Ezurin’s sartorial choices? She changes her outfit about 3-4 times a day and each look is different, complete with varied hair and makeup. Her wardrobe consists of international luxury brands, as well as made-to-order pieces from local designers like the Tangsi Tujuh outfit which she says is special.

The interior design and home decorations seen in each episode of ‘The House’ were all Ezurin’s own ideas and personal touch, with many of the items coming for Ezurin’s own personal collection.

Viewers will get to see the other side of Ezurin the fashionista, that is a doting mother to her children. For those in the know, Ezurin adores her children and has a strong bond with each one of them. In this show, you’d get to see her interact with her kids, decorate her home and cook Malay recipes.

Ezurin was shocked to see the house that was going to be used as the shooting location but her easygoing nature prevailed and the crew said she wasn’t difficult throughout the shoot. “We’re both very particular about our bathrooms and although the condition was not what we’re accustomed to, we survived,” laughs Magie.

In one episode, Ezurin and Magie had a brief tiff as they succumbed to the pressure of one of the challenges. “Like everyone else, we do have little disputes but it’s all good,” adds Magie. 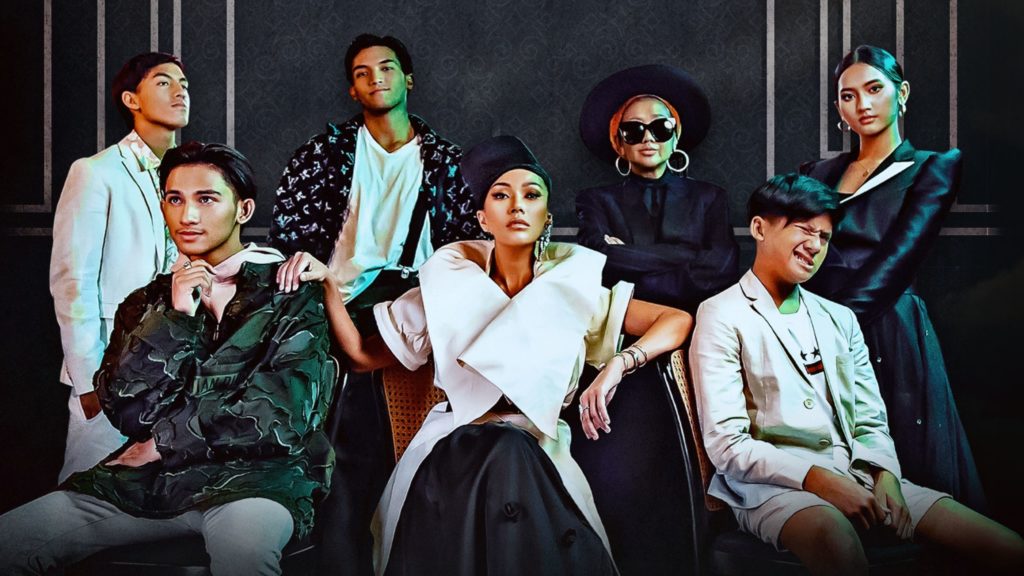 The House is in its sixth season this year, a prove that its new-age entertainment content approach is relevant and meets the tastes of today’s viewers.

“For the past years, each season of ‘The House’ features some of the biggest and most influential names in social media. Based on that criteria, we are confident that Princess E, her children and best friend Magie will bring the commercial value of this programme to next level as the audience also learn more about the Khyra family,” explains Syazwan Zakariah, Head of Astro Content Studio.

With an average digital viewership of over 6 million per season, ‘The House’ remains the most-anticipated Gempak original production.

Sign up to get the latest luxury and lifestyle news delivered to your inbox.
The House Ezurin Khyra Magie Abang Saufi reality show
Dian Pasquinal Kaur
Head of Newsdesk