Well-known celebrities and singers who are investing in football teams 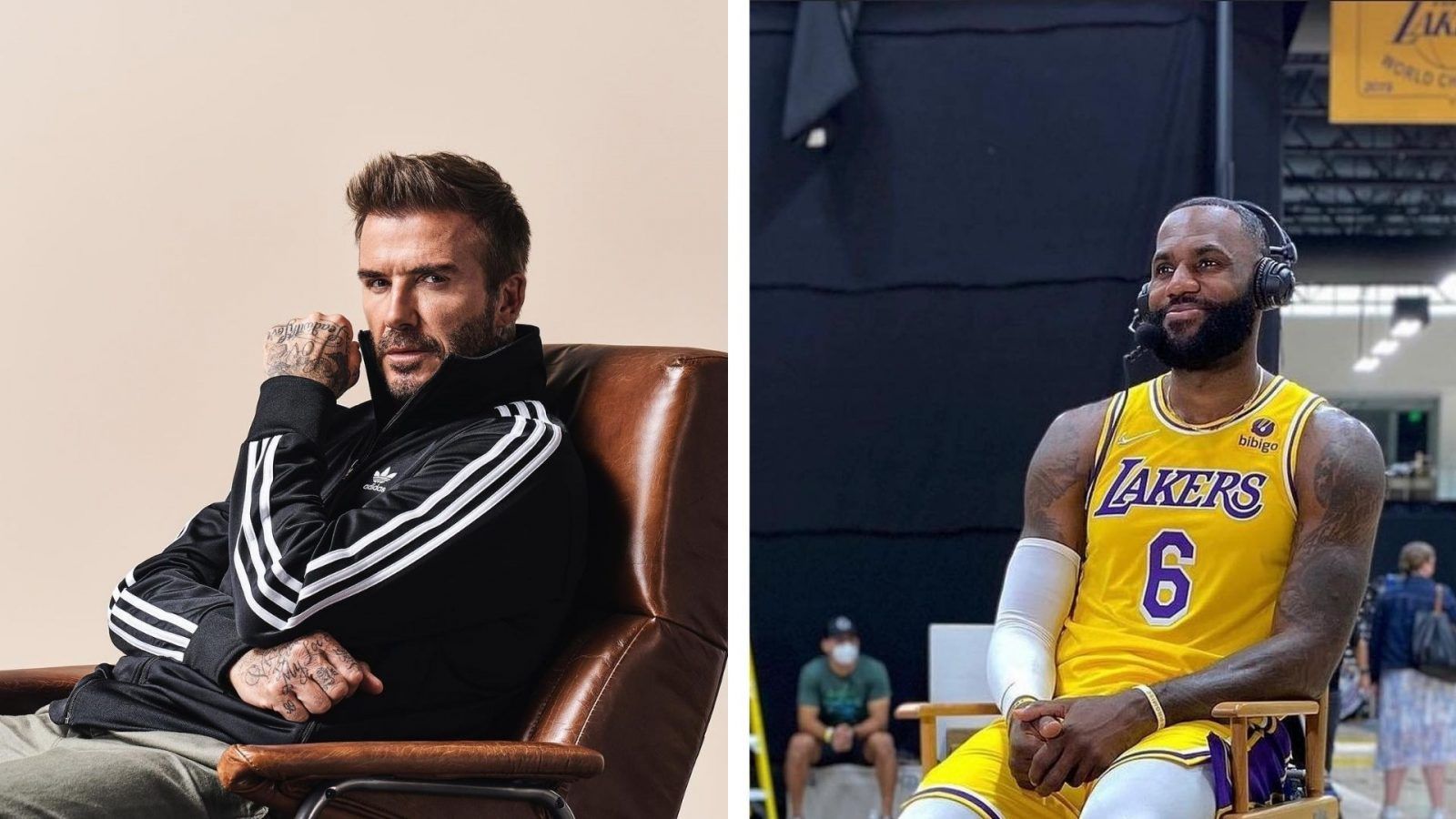 More and more celebrities are investing in football teams due to the huge wealth potential.

With the constant number of audience and viewers around the world, football has always been one of the very lucrative sports for celebrities to invest in. Other than the well-known David Beckham, there are other celebrities who are very much interested in the sport and are up to investing in it.

Football is one of the most popular sports in the world, with teams playing iconic matches and clubs earning revenues in millions. Such is their renown that some sports stars are acclaimed brands themselves. Hence, it only makes sense to invest and earn returns as the teams perform brilliantly.

Businessmen, actors, sports personalities, and other celebrities have invested in football teams, some even taking up the reins. However, it is not new for A-list celebrities to buy popular sports clubs and partner with them. With the likes of LeBron James, Sir Elton John and Ryan Reynolds hopping on to the bandwagon, the game has become a lucrative and booming business.

In November 2020, actors Ryan Reynolds and Rob McElhenney shook hands to take over the club ownership of Wrexham AFC. Since both Reynolds and McElhenney were lesser-known football fans, such a step came as a big surprise for their followers.

The actors submitted their proposal to the Wrexham Supporters Trust earlier in November 2020 and stated their plans of investing USD 2.5 million in a complete takeover. The iconic Welsh football club is one of the oldest and holds high ranks in the National League.

Reynolds and McElhenney took it upon themselves to boost the team further to gain substantial points on the league table. So far, the team has remained unbeaten in 17 games on their home turf — its highest since 2015. They intend to further inject money to take the team to the top tiers of English football.

Angel City FC has many celebrity investors and co-owners who not only raise the glamour quotient of the team but also help streamline a train of sponsors. This women’s football team was conceived by Oscar-winning actor Natalie Portman in 2020, and its ever-growing investors’ list includes some of her best pals like Jennifer Garner, Eva Longoria, Serena Williams and Jessica Chastain.

The team debuted on their home ground in April 2022 but has already garnered a lot of attention and cheers. They won the NWSL match against the North Carolina Courage 2-1, at Banc of California Stadium, Los Angeles. The team will take on Orlando Pride in their next match on 9 May 2022.

The Los Angeles Lakers star is not just a die-hard football fan or an ardent Champions League spectator but has also invested in the premier football club — Liverpool FC.

The four-time NBA winner bought two percent of the football club in 2011 for USD 6.5 million. According to a Business Insider report, his stake was reportedly valued at nearly USD 32 million in 2018 and is constantly on the rise.

Ever since, Liverpool has won the Champions and the Premier Leagues, which have boosted the team’s global value to over USD 4.1 billion as of April 2021, according to Forbes. Such achievements and high worth have fuelled LeBron James’ stake price to nearly USD 46 million, as per a 2021 BBC report.

David Beckham is a renowned name in football who has played for some of the most reputed clubs. The co-owner of eSports talent development agency, Guild Esports, retired from the field in 2013 only to invest in the game.

The former captain of England and Manchester United legend is a co-owner of the Major League Soccer (MLS) team, Inter Miami, along with Jorge and Jose Mas. In September 2021, Beckham increased his ownership stake and was pivotal in finalising the buyout of Marcelo Claure and Masayoshi Son.

According to a 2021 press release by Inter Miami, Beckham said, “We are immensely proud of the progress we’ve made over the past year and a half in Major League Soccer, and we are grateful to have had Marcelo and Masayoshi with us for the first part of our journey.” He also got the discount rights to the MLS squad as part of his 2007 contract, through which he played for the league as part of the Los Angeles Galaxy.

That is not all for the stellar midfielder. Joining his former teammates, who are famously called the ‘Class of ‘92’, he bought 10 percent stakes in the Salford City Football Club in 2019. The ‘Class of ‘92’ includes Gary Neville, Phil Neville, Ryan Giggs, Paul Scholes and Nicky Butt along with Beckham, who are majority shareholders of the team.

The year 2019 saw Salford City beat AFC Fylde to secure their first promotion to the Football League, which was a major boost for the team.

One of America’s most-loved comedians, actors and game show hosts, Drew Carey was among the first from the US to gain ownership of a football team when he bought a 7.5 percent stake in the MLS franchise Seattle Sounders FC in 2007.

The Price is Right star is also the chairman of the Seattle Sounders FC Alliance, the club’s member association. Carey developed a knack for the game when he watched an L.A. Galaxy match live in 2003 and has attended almost all games of the team to date. The team won their first MLS Cup in 2016.

In 2019, acclaimed American football team Seattle Seahawks’ quarterback Russell Wilson and his wife and Grammy-winning singer-songwriter Ciara, as well as rapper Macklemore and his wife Tricia Davis also joined the club’s ownership group. It was the same year that the team won its second MLS Cup.

In 1976, singing icon and legend, Elton John took over the reins of Watford and became its owner and chairperson. During his ownership, the club climbed from the fourth to the first division, which can be considered the Premier League’s equivalent of the 1980s. However, it lost out to Liverpool in 1983 but reached the FA cup final the following year.

In 1987, John sold the club to businessman and philanthropist Jack Petchey. However, he returned a decade later as chairperson in 1997 but stepped down in 2002. He continues to be an honorary life president of the football club and, though he may no longer be a majority stakeholder, has substantial skin in the game with financial interests.

A regular at the Watford home matches, Elton John also has a stand named after him at Vicarage Road.

For many, it may be hard to believe that Hollywood comedian and actor Will Ferrell is a die-hard football fan. Such is his obsession with the game that the Saturday Night Live star invested in his home ground team Los Angeles FC, better known as LAFC, and became a co-owner of the MLS franchise in 2016.

Nicknamed ‘The Black and Gold’, the team also has other entertainment and sports glitterati as its co-owners. This includes basketball legend Earvin “Magic” Johnson, motivational speaker Tony Robbins, YouTube co-founder Chad Hurley and US television bigwigs Allen and Mark Shapiro.