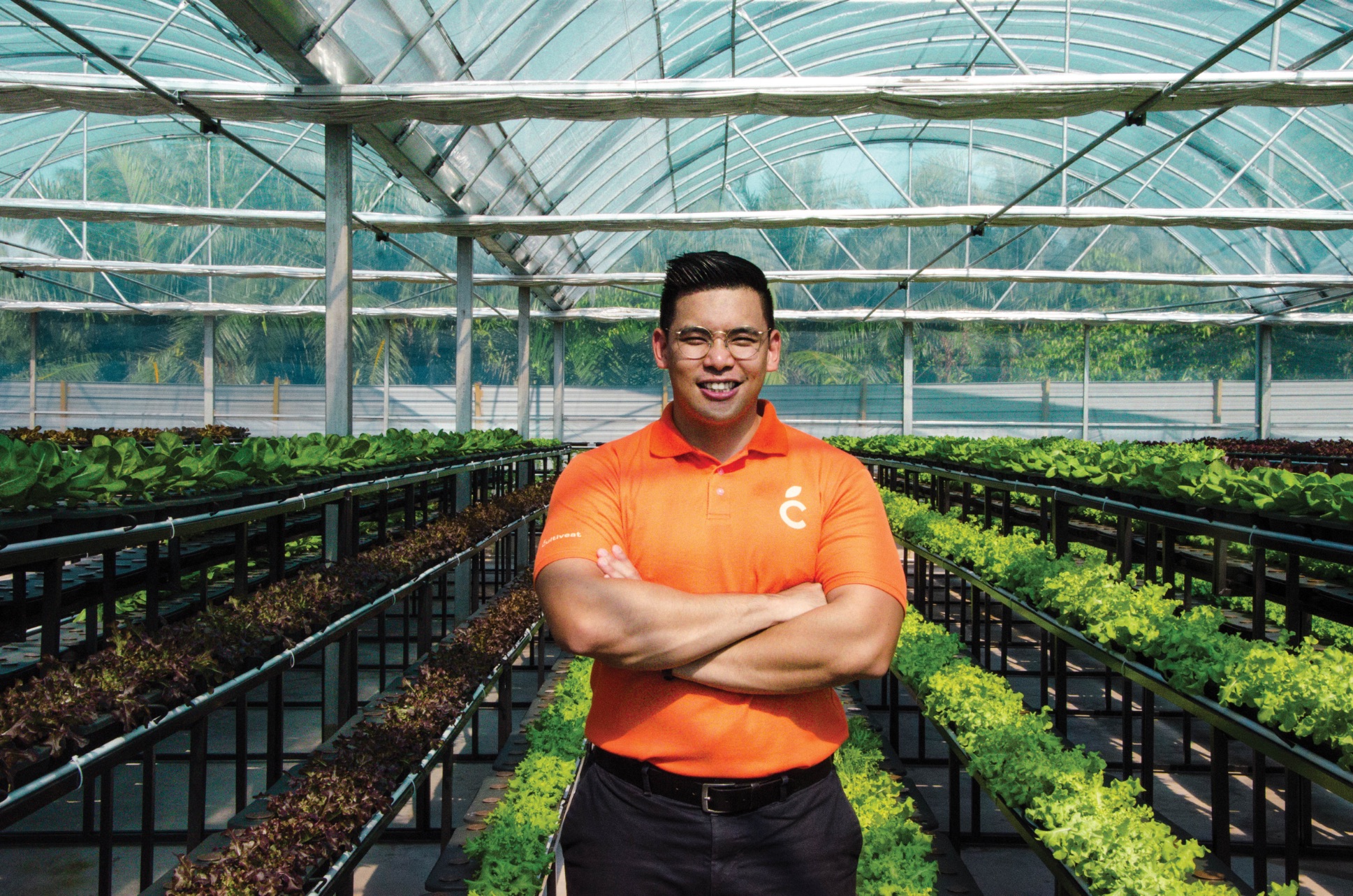 Food of the future: How John-Hans Oei is changing farming through Cultiveat

People & Events
Food of the future: How John-Hans Oei is changing farming through Cultiveat
Share
Next article

This story was first published in Prestige Malaysia July 2019 issue

“What is the legacy you wish to leave behind?” This is the question John-Hans Oei asked himself when he dreamed up his next big venture – Cultiveat. Set to encroach into the agriculture industry, Cultiveat is a company that takes farming to a whole new level. Farming in Malaysia has stagnated over the past couple of decades with archaic practices still commonplace among many farmers in rural areas. What John-Hans hopes to achieve with Cultiveat is to bring change to the industry offering a better, more efficient and sustainable way of farming by leveraging on technology.

In many ways, John-Hans is no stranger when it comes to changing an industry. In a time where waste management was treated chemically in Malaysia, John-Hans and his brother John-Ian founded Microbs, a company that looks to manage waste from the F&B and hospitality industries by using enzymes. And Microbs has already been around for seven years and counting.

Ever the problem-solver, John-Hans was looking for a way to turn the by-product from his waste management company into profit when he started experimenting with its use as compost. However, because of the lack of knowledge about compost among Malaysian farmers, he found it hard to persuade them to use it in their farms. And so John-Hans decided to start his own farm as a proof of concept. It was through this experience that John-Hans saw the problems that existed within the Malaysian farming ecosystem.

The biggest problem was that the people that worked the hardest, the farmers, earned the least, with much of the profit going to the middlemen. Then there was the question of quality, as pesticides become a necessary evil for farmers to keep their yield at a profitable level. Lastly, sustainability remained a big issue, as an example, “just one acre of farmland resulted in the use of 150,000 polybags and after use, all of it goes to the landfill,” explains John-Hans.

Through the combination of John-Hans’ yearning for a better way and a chance meeting during one of MaGIC’s (Malaysian Global Innovation & Creativity Centre) initiatives overseas, Cultiveat was eventually born.

Having visited Cultiveat’s farm in Klang, I can say with some confidence that you have never seen a farm like this before. Where previously farming used to be highly dependent on the whims of mother nature or “up-to-god farming,” as John-Hans puts it, the Cultiveat farm instead uses a system that regulates all of the natural elements. “Farming is all about control. The more control you have, the better you farm. We try to be as OCD as possible. We control the heat, the humidity, the light intensity,” John-Hans continues. Blinds in the roof control the amount of sunlight and special cooling fins and exhaust fans control the temperature. Of course, all of this is automated but what new- age farm would it be if they didn’t have an app that could manually control all of this, and they do.

“Farming is all about control. The more control you have, the better you farm. We try to be as OCD as possible. We control the heat, the humidity, the light intensity.”
John-Hans Oei

As John-Hans explains the workings of the farm, one of his workers walks by carrying a bundle of okra. Without hesitation, John-Hans asks for one and hands them to me prompting me to have a taste of the raw produce. “No washing is required as the farm is pesticide-free,” he tells me. And even so, that piece of okra looks pristine. And the way the Cultiveat farm manages this is by growing everything in this controlled environment. For the bugs that slip through the cracks, the workers are there to examine and pick them away by hand, even distinguishing which are the ‘good’ bugs and letting them stay.

Every plant comes in a cartridge form and is then plugged into a container that holds six at a time. Through science, they already know how much water, sunlight and nutrients each plant needs and give it just the required amount, meaning there is no wastage. Even the pods that these plants come in are biodegradable. John-Hans says, “On average, with one acre of this Cultiveat farm, we can produce 18 tonnes of vegetable with each 28-day cycle.” This, he goes on to say is roughly four times the amount a traditional farm produces.

Naturally, with a system that has a higher yield, is more cost-effective and incredibly consistent, John-Hans foresees that this will potentially displace a lot of traditional farmers. And this is where he answers his question of what the legacy of Cultiveat should be. “To be honest I can just get the land, build the farms and we can run it ourselves. But this way, you don’t elevate the lives of the farmers.”

Thus for the near future, Cultiveat plans to build the farms, then rent them out to farmers with the promise of buying back the produce at a fair price. “We will have an academy where we can teach you how to do this and give you the technology necessary for it.” To date, they have even formed a partnership with Epic, an experiential learning company with a focus on impacting needy communities through service, leveraging on their vast connection to marginalised communities and 11,000 Orang Asli communities.

Put simply, John-Hans says, “I’d rather be known as someone who tried to do something to change the agriculture industry than someone who dominated and consumed everything within it.”

Sign up to get the latest luxury and lifestyle news delivered to your inbox.
Daniel Goh
business

Cover story: Nadia Nasimuddin opens up about her difficult pregnancies