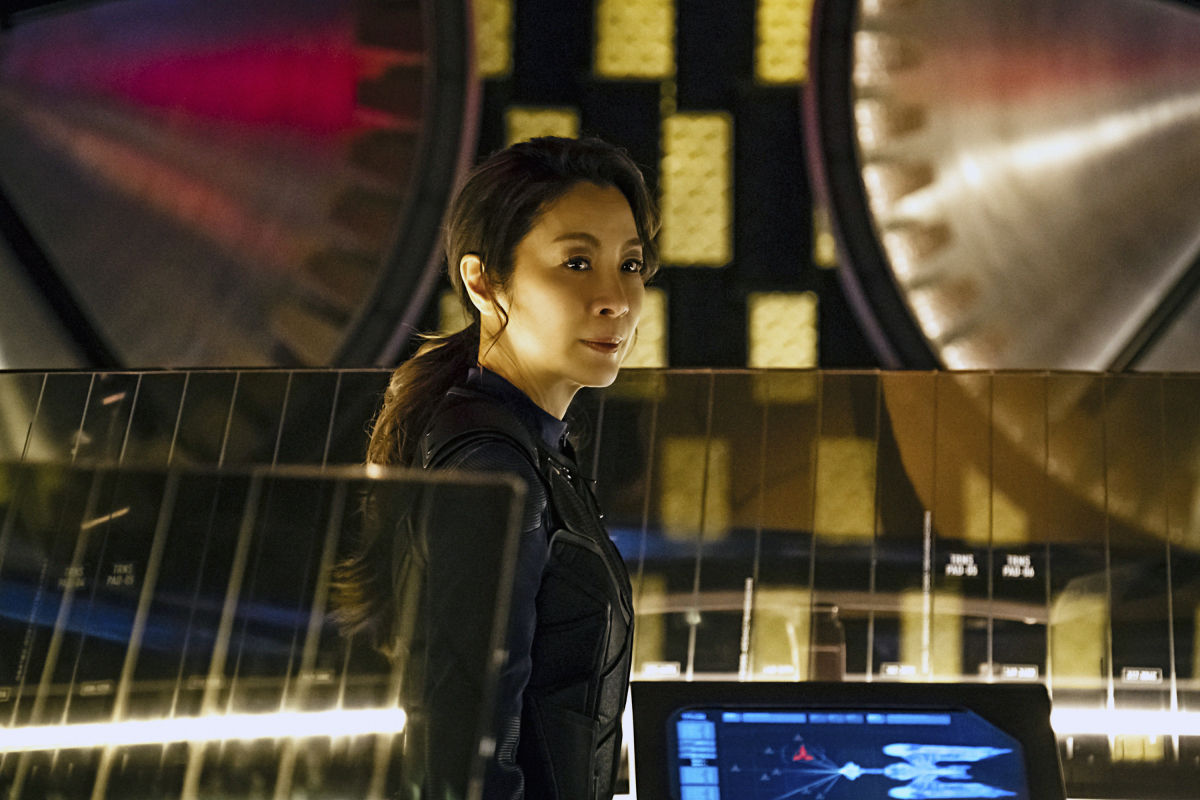 Forbes announced this year’s ‘50 Over 50’ Asia list where women from various walks of life have proved that age is just a number for them. At 50 and above, these women have overcome barriers to achieve excellence and lead by example.

Through this list, Forbes recognises visionary women whose actions have had a global impact. These women have immensely boosted the financial and investment sector through their ideas for an innovative and successful financial year, as well as those who have brought a change in society through their endeavours in health, medicine, journalism and other sectors.

Creating ripples throughout the Asia-Pacific region, these women have brought down gender barriers to be the pioneering examples in their fields. From entrepreneurs and journalists to political leaders and researchers, these women are grabbing the global spotlight.

Dedicating her entire life and career to research and treatment of infectious disease, Dato’ Dr Adeeba Kamarulzaman specialises in HIV/AIDS and is a pioneering example of selfless work in medical excellence.

She established Malaysia’s Centre for Excellence for Research in AIDS in 2007. At 57, she is the chairperson of the Malaysian AIDS Foundation.

In 2021, she was named the first Asian President of the International AIDS Society and the following year, she became a member of WHO’s Science Council.

Co-founder and president commissioner of DCI Indonesia, Budiman launched the company in 2011 at 50 with over 50 percent market share. Helming one of Indonesia’s largest data centre companies, she partnered with her colleague Otto Toto Sugiri for this venture.

DCI Indonesia is also the first Southeast Asian Tier IV data centre with the country’s highest rating in terms of resiliency and reliability.

Since the company landed a whopping 81 percent rise in revenue and over a 57 percent increase in profits compounded over the last three years, Budiman’s share in the company is expected to grow further. As of 13 December 2021, her stake was valued at over USD 1.5 billion.

The company continues to fund projects pertaining to global healthcare and education across the world.

In 2020, Ann Hui was conferred the prestigious Honorary Golden Lion for Lifetime Achievement at the Venice International Film Festival at 73.

Hui started directing films in 1979 and went on to win several accolades, including Asian filmmaker of the year at the Busan International Film Festival in 2014. Her works mainly showcased the life and culture of Hong Kong. She was instrumental in leading the golden era of Hong Kong’s cinema.

Born on 6 August 1962, Michelle Yeoh is a renowned Malaysian actor and producer. The former Miss Malaysia has acted in a Bond film Tomorrow Never Dies (1997) and other action-packed films, including the acclaimed, Crouching Tiger, Hidden Dragon (2000), over her 50-year-long career.

She continued to amaze her fans both at home and across the globe. In 2018, Yeoh was cast in the blockbuster, Crazy Rich Asians, followed by her role as an original Marvel character in Shang-Chi and The Legends of the Ten Rings three years later.

Other than her many projects in the pipeline, Yeoh will co-produce a TV series too.

Wong became the first female bank executive of Singapore as she went on to lead Overseas Chinese Banking Corporation (OCBC) in 2021. She has held responsibilities as the chief executive of HSBC Greater China in 2019.

Sixty-year-old Wong has also featured in Fortune’s Most Powerful Women International List 2021 and is on her way to doubling the bank’s wealth managers with a plan to foray into the world of cryptocurrency.

The 2021 Nobel Peace Prize winner Maria Ressa, 58, is the 18th woman to win the prestigious award for her selfless work in safeguarding press freedom. The veteran investigative journalist and bureau chief of CNN, Ressa founded Rappler — an independent multimedia news organisation — in 2012.

She is well known for her intensive coverage of Philippine President Rodrigo Duterte’s drug war because of which she has also received several threats and now faces jail time amounting to 100 years. But nothing deterred Ressa from her path to uphold the truth.

In her Nobel acceptance speech, Ressa boldly said, “The more I was attacked for my journalism, the more resolute I became.”

More commonly known as Jay Fai, the renowned Thai chef started with a six-seater food stall in Bangkok in the 1980s.

Soon she had a steady and growing following for her food. However, the turning point in Supinya Junsuta’s career was when her stall, Raan Jay Fai, bagged a Michelin star for the food guide’s first Thailand edition in 2018.

Revolutionising Thai street food and taking it to a whole new level throughout her career spanning over 40 years, the chef-proprietor was awarded the Icon Award for Asia by 50 Best.

The 54-year-old is one of the most powerful women in Indonesia. She is an engineer by training and is the CEO of Pertamina, the country’s state-owned oil and gas company.

Widyawati became the second female director of Pertamina after Karen Agustiawan when she was appointed to the position in 2018. Within a year under her leadership, Pertamina earned USD 55 billion in revenue and USD 2.5 billion in net profit.

In 2020, the government expressed confidence in her leadership. Proving this right, Widyawati ensured Pertamina achieved its production targets in the first half of 2021, despite the pandemic-induced losses and mishaps at two of the company’s refineries.

Uy co-founded Converge ICT Solutions, one of the biggest broadband operators in the Philippines, with her husband Dennis Anthony Uy. While Denis serves as CEO, 53-year-old Maria is the company’s president. According to Forbes, their combined wealth (as of 7 September 2021) is USD 2.8 billion.

Time magazine named Indonesia’s Adi Utarini among its 100 Most Influential People of 2021. A specialist in tackling the mosquito-borne dengue disease, Utarini has seen success with her strategy of releasing mosquitoes inoculated with Wolbachia — a bacterium that disables their ability to transmit deadly viruses such as dengue.

In Time magazine’s profile of Utarini, Melinda French Gates wrote, “Today, most everyone in Yogyakarta knows someone who has had dengue. Utarini herself has survived it twice. Dengue, however, may not survive her.”

A graduate from the Faculty of Medicine, Universitas Gadjah Mada, in 1989, Utarini completed her masters in Maternal and Child Health from the University of College London in 1994, before earning a Master of Public Health in 1998 and Doctor of Philosophy from Umea University Sweden in 2002.

Founded in 1997, the publicly listed Vinh Hoan Group has been the leading catfish producer in Vietnam since 2010 and the reason is its visionary founder-chair Truong Thi Le Khanh.

At 60, Khanh oversees a business that supplies to 46 countries and has 9,000 employees. Its fillet production capacity is 1,000 tonnes per day. According to Forbes, the Vinh Hoan Group is a company in Vietnam that has successfully produced collagen and gelatin from catfish skin.

Chairperson of Vietnam’s TH Group, Thai Huong, is hailed for transforming the dairy industry in her country. Her group invested in the dairy sector in 2008 and in the next 12 years brought the country’s dependence on milk powder for milk products down to 60 percent from 92 percent.

The 63-year-old continues to lead her group and bring a revolutionary change in the agricultural landscape of her country with innovative ideas and investments, such as those in Australia and Russia.

Secretary-General of Thailand’s Securities and Exchange Commission (SEC), 57-year-old Suwanmongkol is the first woman appointed to the position. Ever since Suwanmongkol assumed office in 2019, the SEC has been dealing with fraud and insider trading with an iron fist.

Suwanmongkol is one of the most significant names on the world economic scene. When she was a Director-General at the Department of Legal Enforcement at the Ministry of Justice, the Ministry of Labour named her ‘The Best Working Women 2017’ from the public sector on International Women’s Day.

Wardah, the Indonesian brand known for its halal face and hair care products, is the brainchild of the 71-year-old Nurhayati Subakat.

Starting her business in the family garage in 1985, Subakat now oversees 10,000 employees of her company, Paragon Technology Innovation, which makes Wardah (meaning “rose” in Arabic). It is not the only brand made by her company though; others include locally acclaimed names such as Putri, Make Over and Nusilk.

Muliaty was still a pharmacy student when she joined Prodia in 1988 as an assistant manager, recruited by the company’s co-founder Andi Wijaya. In 2000, she was made the president director — a position Muliaty still holds.

At 60, Muliaty has overseen Prodia’s expansion and its hold as the largest clinical laboratory network in Indonesia. During the pandemic, profits rose by over 300 percent because of the rise in demand for health tests.

President-CEO of Thailand’s Muang Thai Insurance, Lamsam is also the chairperson of Port Football Club. In August 2021, the 55-year-old was named the manager of the men’s national football team.

One of the most famous business personalities in Southeast Asia, Lamsam started as the owner of Thailand’s Hermès distributor, Saint Honorè. Other than her self-created business interests, she is a fifth-generation descendant of the Thai-Chinese Lamsam family, which founded the Kasikorn Bank that holds assets worth USD 100 billion.

Her immense popularity has led to her being tipped as a potential candidate for the Bangkok governor election to be held in 2022.

Kong became the first woman and first Singaporean to be named the President of Singapore Management University in 2019 at 54. Before that, she spent 20 years at the National University of Singapore in various leadership positions.

Through her illustrious career in academia, Kong has received many honours, including the Commonwealth Fellowship Award and the Fulbright Fellowship Award. She has also been a member of the Public Service Commission since January 2009.

Freshfields Bruckhaus Deringer is one of the world’s oldest and renowned international law firms.

Ko was named the China chairperson in 2011 when she was 51. A founding partner of the Asia capital markets practice of the firm, Ko has been instrumental as an advisor of most of Hong Kong’s largest IPOs, including the USD 20.5 billion listing of AIA Group in 2010 and the USD 11 billion secondary listing of Alibaba in 2019.

In 2009, she became the first woman to chair the Hong Kong Stock Exchange’s listing committee.

WHA Group is Thailand’s leading logistics and industrial company. During the pandemic, it diversified into the healthcare sector. The 54-year-old has been leading the company since 2015. Under her leadership, WHA Utilities & Power, the renewable energy arm of the group, was listed in 2017.

Jareeporn also sits on the board of the Siam Commercial Bank.