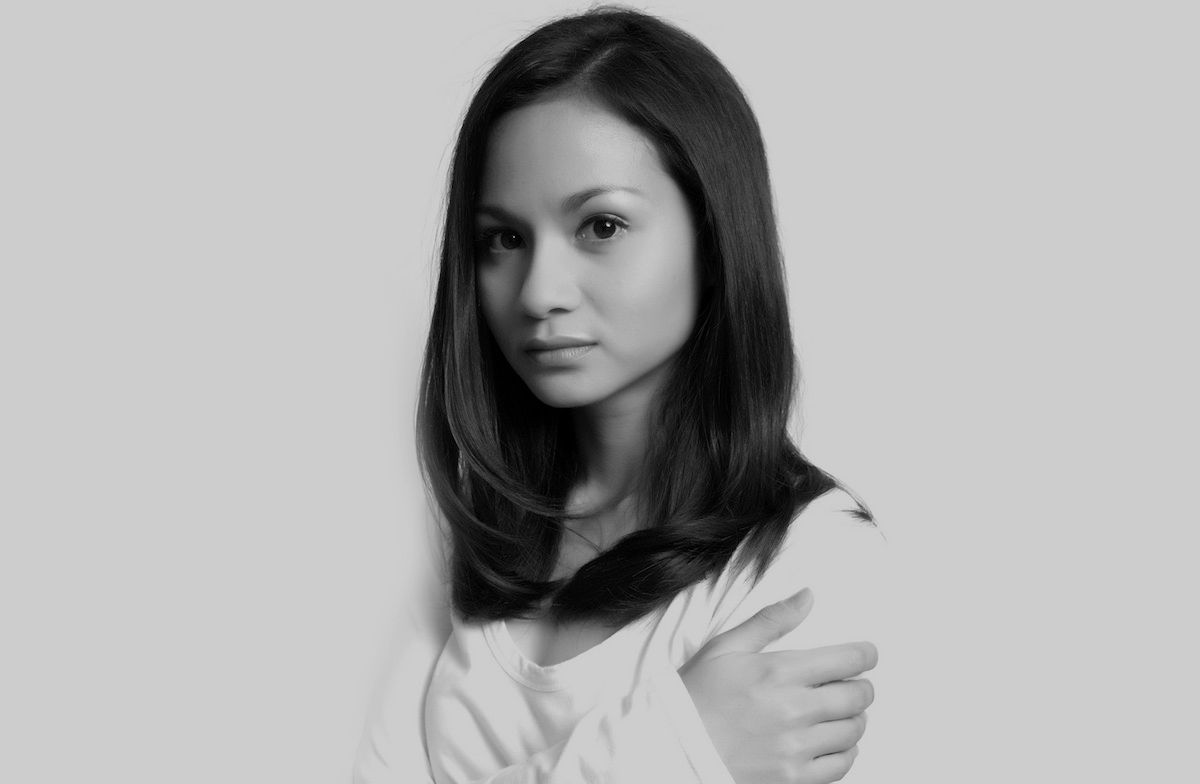 Malaysian actress and filmmaker Sharifah Amani has no interest in being famous. “I don’t subscribe to celebrity culture. Humans should not be held up on a pedestal. Please don’t tell me you’re my fan. I’d rather you refer to my work. I’m messy. I’m disorganised. I will disappoint you real fast. But my films, my work, I’m very serious about it.”

Yet, Amani cuts a prominent figure. The protégé of the late legendary director Yasmin Ahmad entered the limelight early; at 17 years old, she took on her breakout role as the lead actress in Sepet, unarguably her most well-known work to date. Directed by Yasmin, the critically-acclaimed film centres on the relationship between a Malay girl in high school and a Chinese VCD seller, tackling matters of race, culture, and class. Now, at 33 years old, Amani has since starred in a variety of film, television, and theatre productions and has directed several of her own short films, including Sangkar, Kampung Bangsar, and her latest: 5 Minit. This year, she is part of the jury panel of Singapore’s National Youth Film Awards, a platform that puts the spotlight on young filmmakers.

Unsurprisingly, people often draw a connection between her work and Yasmin’s. “I disagree, because I know her. I know the things she would and wouldn’t do,” says Amani. Referring to Yasmin as her ‘mum’, Amani says: “At the same time, I can’t avoid it, because I’m of her film school. I was 17 when I met her.  Not only does she influence my style of working, but also me as a person. How I walk, how I talk, how I move. The decisions I make.”

Like Yasmin, she is bent on tearing down social conventions and is no stranger to controversial opinions. When asked what stereotypes she’d like to smash in the Malaysian entertainment industry, Amani immediately quips: “That Malay women just want to get married. They’d ask ‘When are you going to get married? When are you going to have children?’ Women are not factories, my body is my choice. I decide what I do with it.”

Amani disparages the passive roles written for Asian women. “I want to break that stereotype of docility. We’re not active on screen. The boys are. They have adventures, they fall in love, they get their heart broken. Girls wait at home for someone to save us. Or we become the oracle, the [trigger] that forces them to find change within.”

“Asian women are always forced to be the passive ones. We know it’s not true. Look at our mothers, our grandmothers. All of them are strong, independent women.”
Sharifah Amani

She’s also indignant about those who deem Malaysian Muslim women as oppressed. “Get off CNN, BBC, and watch something more Asian. We are Malaysian. We walk around from burqa to bikini. We’re chill.”

Citing Hong Kong actress Maggie Cheung, Bollywood starlet Kajol, and Natalie Portman among her role models, she says: “I love people who know their worth, the honour in one self and one’s work. It’s not about being famous, but about giving something back to mankind. It’s about moving people. Leaving them with something.”

“The crew can’t even buy milk for their children, and nobody is doing anything. “
Sharifah Amani

Moving the Malaysian film industry forward
Amani lambasts celebrity culture when asked how the Malaysian industry has evolved. “I’m going to get into trouble for saying this,” she shares. “But it’s something that has to be said — the industry has not evolved at all. I’m very jealous of other countries… who have cultivated a functioning eco-system for people of the industry. Here, we don’t have a proper working time. We don’t have bare basics such as minimum wage and insurance.”

Amani continues: “We have over 60 associations trying to protect film makers, from actors to producers to directors to people in the crew. But they don’t talk to one another and nothing gets solved. We are underpaid. We don’t receive residuals or royalty when our work is sold to Singapore or Brunei. We get absolutely nothing. And it’s ridiculous. Because we are really struggling to make ends meet. And if I’m saying this as an actor, can you imagine what the crew is going through? They can’t even buy milk for their children, and nobody is doing anything. But people don’t have a problem getting glammed up for awards shows, which is beyond me. And when you go down stage, you’re back begging for payment again because they don’t pay you on time. These are the things that are regularly happening and people ignore it.”

“How is it so important for you to post pictures of you in borrowed clothing, [that you wear] to go up on stage for a few seconds, yet you don’t speak up about the tragedy that’s happening?”
Sharifah Amani

It’s obvious there’s a fire in Amani’s belly. “It’s celebrity culture that people are into — the following, the millions of followers, the overseas appearances. It’s covering the eyes of our people [from the fact] that we are dying. Our culture, our language is dying because of this rush to be popular and famous. We are losing what we are.”

Amani tells us that industry insiders, formerly actors and directors, have been appointed in powerful positions in the National Film Development Corp Malaysia (FINAS). “I’m still waiting to see how they’ll stand up for us. There’s a lot of talk about Malaysian films right now on the international sphere and about how we can make them more global. That’s great but you can’t build a future if you don’t take care of the people now.”

What’s one thing you hope to change in the near future?

Let’s talk about our film history. We don’t own any P Ramlee’s (the biggest name in Malay cinema) works. There’s no Jalan Ampas (a famed street which housed the film studios that that birthed the golden era of Malay cinema). There’s just a street named after him [in Kuala Lumpur]. It hurts me to the core because I couldn’t honour him. And he was the one who paved the way for us. As Malays, we once had culture, language, and a voice. Now we don’t. Our community often have qualms about what they want to preserve but the easiest — such as our music, our artworks, our voice as Malays — [to preserve] have been forgotten.  I want to honour the [legendary greats like] Salomas, Zaitons, P Ramlees, and the Sudins. I’ve to find a way to honour them, fix this industry and continue this legacy so they do not die in vain. But it’s a big mountain to climb.

Who else is as vocal as you?

It’s a bit lonely. It’s dangerous. Certain people don’t like when you say certain things. They don’t [hire] you. They don’t want you at certain areas. But for me it’s a bigger fight I’m fighting for. I’m not important. I’m just a speck in the universe. Who cares about Sharifah Amani? I want a functioning industry for the kids. I want our voices to be louder. For our stories to continue in this universe. I want a place to tell our stories so they can live forever.

What to you is the future of the film industry, in Malaysia and Southeast Asia?

I’m hopeful and you can’t take it away from me. I’ve been judging all kinds of short films from universities within Malaysia. It makes me so proud to see the great ideas and meet the filmmakers that we have. They are so weird, and the way they tell their stories is so Malaysian. This is what I want. The young people who are willing to fight and push barriers. If I can’t do it in my lifetime, I know they are right behind me to fight the good fight. There is a group of them waiting to take over. I’m just trying to fix whatever I can before they get there, so I can pass on something more solid. They know they have a lot of work to do too.

What in particular draws you to Singapore’s National Youth Film Awards?

I love youth. When I speak to young people and watch their work, it’s so inspiring. I feel energised. I get intoxicated. I want to hear the voices of the Singaporean youth. I’ve heard from mine. I know their troubles, their problems and how they hold up the mirror to their society. Likewise, I want to see and hear the voices of young Singaporeans.

What are some nuggets of wisdom you could share with aspiring, young film makers?

1. Don’t lose hope. It’s tough. People will use you, they won’t pay you. They’ll say they want to use you for exposure.

3. I want to talk to the heart and hear the voice of the person making the film. Be truthful to what it means to be Singaporean. I want to hear the filmmaker’s voice. I want to see that thumbprint. You turn on a film and you know it’s a Joko Anwar film, a Quentin Tarantino film, a Wong Kar Wai film or a Pedro Almodovar film. They have that thumbprint; that signature, their own way of telling a story.

All photos are credited to Sharifah Amani