Maisie Williams talks about being part of an empowered generation 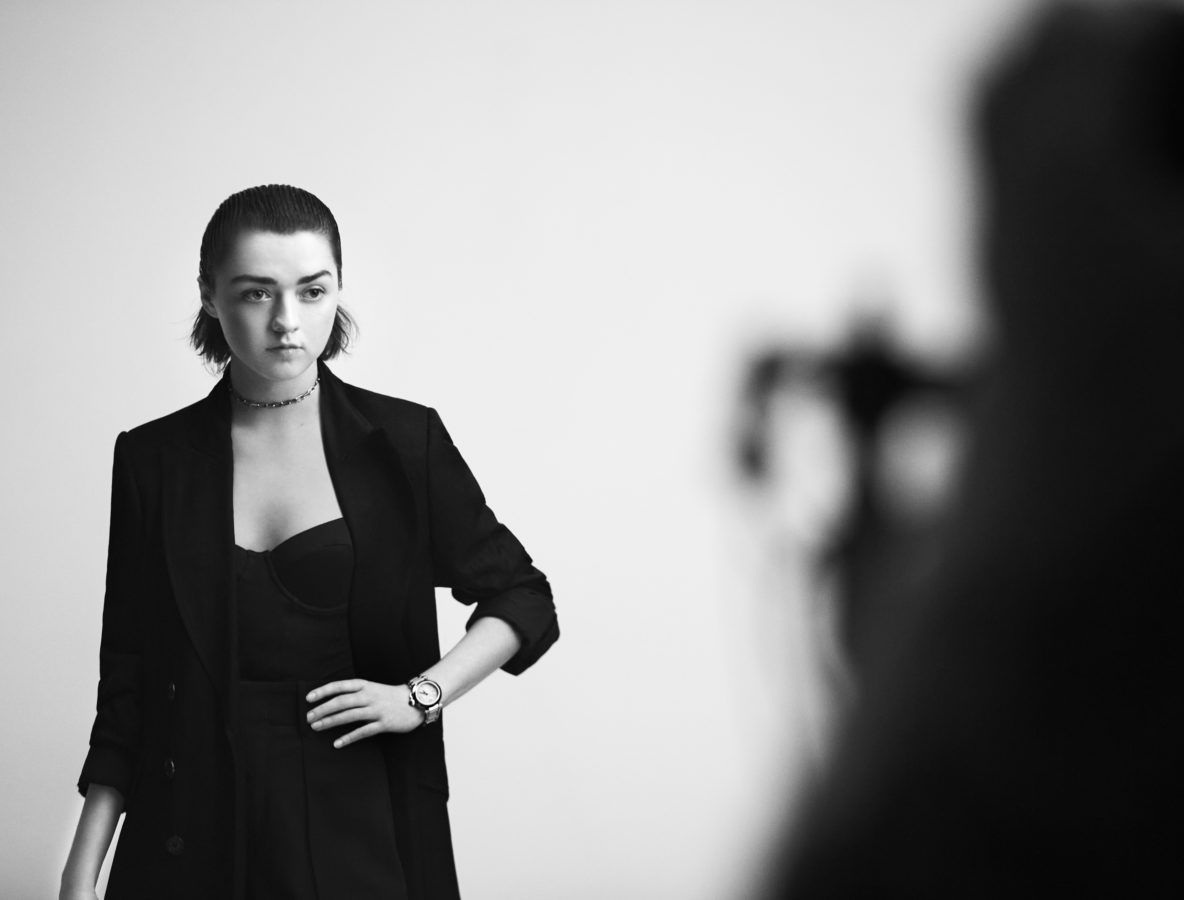 Famous for her portrayal of the young and tenacious Arya Stark in Game of Thrones, British actress Maisie Williams reflects on her success, the responsibility her generation holds, and that she sees the Pasha de Cartier watch as the perfect embodiment of achievement, confidence and class. Here’s our exclusive interview with the up and coming star.

How would you describe yourself and where you are in your career?

I guess my career has been pretty extraordinary. Until this point, I’ve never really had a direction and I’ve allowed myself to be pulled through this industry. Me as a person? I would say I’m a control freak so from here on I see myself having a clear plan and goal.

What achievement are you most proud of so far?

To be recognised by the Academy [of Television Arts & Sciences] for my role on Game of Thrones is something that I’m really proud of.

What does it mean to be successful today?

Success is a positive mental attitude. You take from the world what you put in; I’m currently manifesting my happiness and success.

Success is entirely personal – it’s never about the status which comes with the work that you’ve achieved. It’s always about the way you feel about the work you’ve achieved, and if you’re doing something which you find unfulfilling you’ll never see it as success.

What’s left for you to achieve? What other achievements are you striving for?

Too many to count. I want to direct and produce; I see art and creativity as fluid, so I’m interested in pushing the boundaries of what film and television can be.

At what point did you realise you wanted to use your celebrity status towards something bigger, grander and more personal?

When I realised people had a preconceived idea of the sort of person I was before getting to know me.

Anyone has the power to change the world, especially those with influence. I believe we were put on this earth to do more than just exist, I want to leave the planet in a better state than the way I found it because I think that’s my purpose. I don’t want to only be a mother for my children, but I will also be a mother for the world.

How important is collaboration for you?

I rely on other people for energy. I find conversation to be an excellent way to understand the thoughts within your brain. I think we need other people to be a better version of ourselves and for that reason collaboration is the most important thing in creativity.

You used to one of the youngest actors of your generation. What’s it like to grow up in your industry?

Growing up in the industry is like being the youngest child in the family. You watch the people before you, you see their decisions and actions. You learn from their mistakes and you choose the way you want to be similar, and also different.

What distinguishes your generation from those of the past?

Generation Z has an experience unlike any generation that’s come before. We’re on the cusp of something so monumental, we can’t even see it or understand it yet. To be growing up in this era and creating art feels other-worldly. I know the emotions captured today will be around for hundreds of years, because this new age of technology will inhabit the veins of our society for the rest of eternity.

Describe your generation in three words.

Do you have a motto that you live by?

Get that head, get that bread, then leave – peace out.

How did you start your career?

My career came to fruition through persistence. I love to perform more than anything in the world. At every opportunity to be seen by a new audience or to meet new people who were linked to the industry, I made sure I was there even from the age of eight.

As a young woman in the film industry, what challenges have you faced and how did you overcome them?

The biggest challenge I faced as a young woman in the film industry would be my body image. There’s immense pressure on young women to look a particular way. We need to be striking but in a soft, appealing way. To be curvy but with a slim waist and skinny arms. At a certain level the decisions stop focusing around talent and they purely come down to aesthetics.

What does time mean to you?

I used to feel like I was running out of time, but that was because I used to fill my time with pointless things. Now I see time as being precious and I don’t want to waste it.

What’s more challenging, being an actress or an entrepreneur?

Being an entrepreneur is pretty stressful. Business brings out the worst in people and having to compete with personalities like that is draining.

Never let the people who don’t care for the real you distract you from loving who you are. Don’t waste time being anyone other than yourself.

What was your reaction when Cartier approached you?

I was extremely flattered. It’s such an honour to be approached by a brand as famous as Cartier.

The Pasha watch was initially created in 1985. What’s the first image that comes to mind when you think about the ’80s?

Princess Diana and her athleisure.

Who’s your favourite actor from the ’80s?

We are surrounded by devices that tell time. Why do you choose to wear a watch? What does it represent to you?

My phone represents chaos – every five seconds it’s a notification or an email or a text. My watch literally gives me more time in my day, it’s magic.

How would you describe the watch you’re wearing?

It’s a subtle reminder of how far I’ve come without being flashy or insensitive.

The distinct design of the Pasha watch challenges the predominance of round shapes in watchmaking and amplifies its presence, originality and singularity. How do you relate with the watch and the spirit of Pasha de Cartier?

I see my style as being fluid in terms of gender and I think this watch is empowering to wear for women like me.