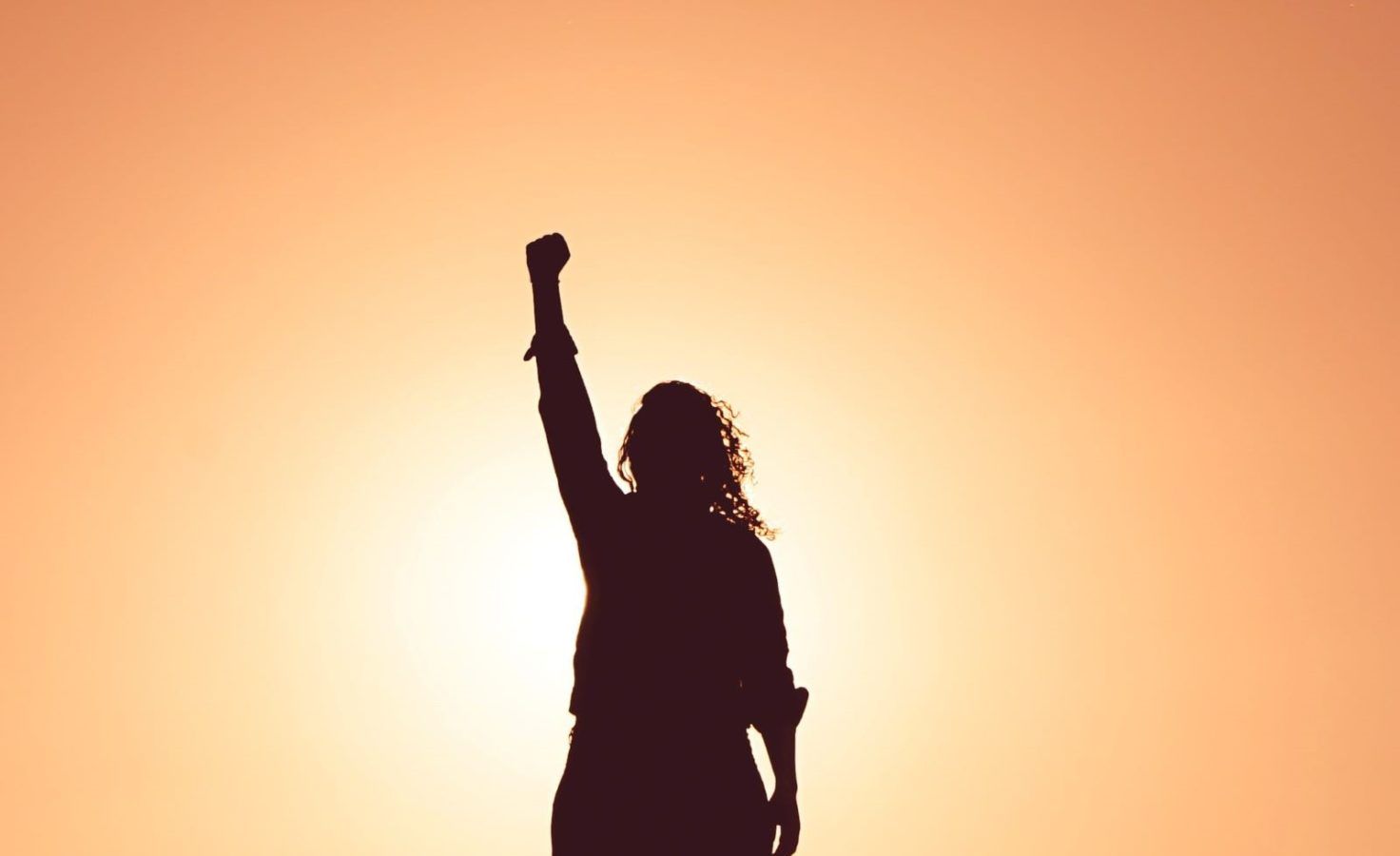 International Women’s Day (IWD) may be over, but that doesn’t mean we stop honouring inspirational Malaysian women who have received international recognition for their hard work and passion.

This Women’s History Month, we’re paying tribute to 10 amazing Malaysian women who are the perfect role models for aspirational girls everywhere. Whether through art, science, sport or more, these amazing women have made the country proud based on their marvellous talent and determination.

Here are 10 Malaysian women who received international recognition for their achievements:

Kicking off our list of incredible Malaysian women with remarkable achievements is Professor Dr Nur Adlyka.

Hailing from Johor, Associate Professor Madya Dr Nur Adlyka Binti Ainul Annuar was declared a winner of Britain’s Women of the Future Award South East Asia 2021 in the Science, Technology & Digital category. According to The Star, Dr Nur Adlyka was part of the international NASA team that discovered a hidden, supermassive black hole in a nearby galaxy when pursuing her PhD at Durham University. Her study was based on “Black Holes, Green Galaxies, Old Stars & NuSTARS” as she discovered that the galaxy has a thick group of gas and dust hiding the central black hole.

Quoted from the Malay Mail, Nur Adlyka has always been fascinated with outer space since primary school, but it was not until she was 13 (when she watched Armageddon and Apollo 13) that she really knew astrophysics is where her passion lies.

SAYS Lead Producer Nandini Balakrishnan is no stranger to the online community, as one of the most popular Malaysian women on social media today. Her bubbly personality and silver tongue highlights essential topics such as politics, health and food. As a winner of Britain’s Women of the Future Award South East Asia 2021, she was recognised for breaking media boundaries in Malaysia. Her work predominantly tackles issues such as discrimination, feminism and sex education.

Nandini told SAYS that it is vital to recognise and celebrate the people who are making the world a better place. “At a time when the truth is silenced and shunned, being recognised for the work I do is reassuring and motivating.”

However, it did not stop there. The Sarawakian sape artist took home ‘Best Asia & Pacific Music Video’ and ‘Best Costume’ at the International Music Video Awards UK and the ‘Best World Music Video’ award at the Buenos Aires Music Video Festival 2021.

According to the Options, “We wanted Borneans who watch the music video to have the feeling of pride in who they are, to feel an awakening in their spirit to say, ‘That is me. This is who I am! I am a warrior.’ And for those who are not of this culture to feel intrigued and interested to find out more about who we, Sarawakians in particular, are,” she explains.

Malaysian author Karina Robles Bahrin won the Epigram Books Fiction Prize 2022 for her submission titled ‘The Accidental Malay’. The 52-year-old nabbed the top prize beating three other finalists from Singapore. Fun fact: Katrina is the second Malaysian to win the award after Joshua Kam in 2020. In addition, the winning manuscript was her first attempt at writing a novel.

‘The Accidental Malay’ is a tale of a workaholic named Jasmine Leong, who is set to become the next chief executive of a bak kwa company until finding out that she’s accidentally Malay. Her newfound identity not only threatens her life but her CEO ambitions too.

We look forward to reading more about the novel, which will be published in the second half of 2022. According to Mashable, Karina also manages a hotel, restaurant, a farm and a community storytelling initiative in Langkawi when she’s not working on her novel.

The Thomson Foundation Young Journalist award highlights the work of young journalists globally while highlighting their empowered voices. In 2021, former Malaysiakini reporter Kai Hui Wong was chosen out of almost 200 applicants through her impressive submission and persistence in her investigations. Kai Hui submitted three stories, with two exploring the damaging impact on the environment caused by mining projects and uncovered links to Malaysian Royalty, while the third story took a closer look at transgender healthcare rights in Malaysia.

Kan Hui is currently based in Taiwan as she is pursuing her studies in the International Master’s program in Inter-Asia cultural studies.

Quoted from Malaysiakini, editor-in-chief Steven Gan said that the team was incredibly proud of Wong’s achievement. “Kai Hui is one of the many young journalists I have the privilege to work with in Malaysiakini. She is tenacious, meticulous, and diligent in pursuing her stories – all prerequisite skills for a budding investigative journalist,” Gan said.

For two consecutive years, the Associate Professor of Physiology and Head of Preclinical Sciences at SEGI University’s Faculty of Medicine has made the country proud for being listed as one of the world’s top 2% scientists by Stanford University. The esteemed list published in 2021 represents the top 2% world’s most cited scientists in various disciplines. According to SEGI University, Dr Wong’s interests in leukaemia, stem cell, and medical education research have yielded more than 30 publications in high-impact international journals. As stated by MalaysiaKini, her works have been cited more than 2,700 times by researchers worldwide.

Former Ipoh-born diver Leong Mun Yee made history by becoming the first Malaysian woman athlete to compete in the Olympics five times. Her first being in Sydney (2000), Athens (2004), Beijing (2008), London (2012) and lastly, Tokyo (2021). Making her Olympic debut at 15 years old, she proudly represented the country in international diving competitions for over 25 years. With the recent announcement of her retirement in January 2022, Mun Yee was bestowed the datukship title by the Yang di-Pertuan Agong Al-Sultan Abdullah Ri’ayatuddin Al-Mustafa Billah Shah at Istana Negara in February 2022.

Architectural designer Pamela Tan makes waves through her remarkable installations and product designs under Poh Sin Studio. Drawing inspiration from art, architecture, and design, in 2021, Pamela earned the Best of the Best award in the Installation category at the German Design Council’s Iconic Awards: Innovative Architecture for her project titled Eden.

The installation was displayed at the 163 Retail Park Gallery in Mont Kiara from November 2018 to May 2019. The designer took inspiration from Jules Verne’s drawing in Journey To The Centre Of The Earth along with the architectural and engineering marvel of the Crystal Palace.

“I am particularly interested in Ernst Haeckel’s diatom illustration series because of its strange and delicate forms. These details can’t be seen with the naked eye and can only be viewed under a microscope, which led me to the idea of developing my series of cell-like details in ‘blow-up’ size,” explained Pamela on The Star.

The Royal Society recently awarded UK-based Malaysian scientist Dr Serena Nik-Zainal the Francis Crick Medal and Lecture 2022 as recognition for her contributions to cancer research. According to the UK’s Royal Society, Dr Serena’s latest award was accorded to her based on her incredible contribution to understanding the causes of cancers through her analyses of mutation signatures in cancer genomes. The latest honour marks her second award after receiving her first in 2019 from the Dr Josef Steiner Cancer Research Prize.

According to the Cambridge website, Serena is an advanced clinician-scientist and an honorary consultant in Clinical Genetics. She studied medicine from the University of Cambridge in 2000 on a scholarship from Petronas where she later undertook a PhD at the Wellcome Sanger Institute (WSI) exploring breast cancer using whole genome sequencing.

Originating from Sarawak, national diver Pandelala Rinong won the hearts of many through her breakthrough success. Pandelala made her debut in the 2008 Olympics and shot to fame for earning a bronze model at the 2012 Olympics. She also earned a silver medal with her partner Cheong Jun Hoong at the Rio Olympics in 10m synchronised platform diving. Last year, the four-time Olympian won Malaysia’s first gold medal at Fina Diving World Cup held in Japan.

As she continues to make the country proud, Pandelela was recently conferred with datukship in November 2021. With her incredible achievements, it’s a sign that she’s not slowing down anytime soon, and we look forward to seeing more of her.