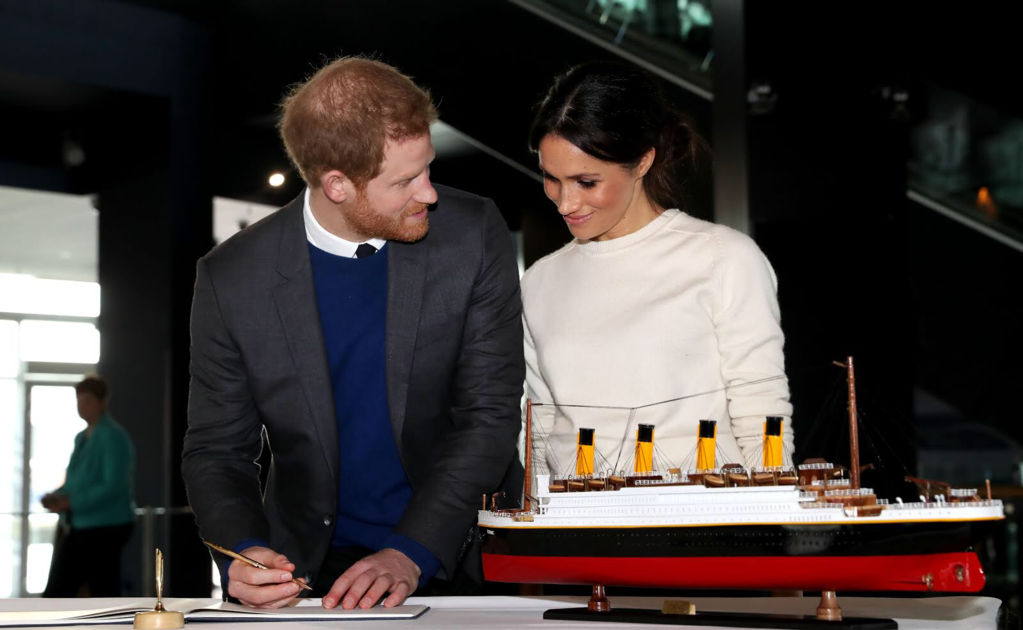 People & Events
Royals who gave up their titles for love, freedom and a few unusual reasons
Share
Next article

Millions tuned in to the interview Prince Harry and Meghan Markle gave to Oprah Winfrey on March 7 and talked about their exit from the British Royal family in 2020. They also gave a glimpse into their lives without the senior royal titles and the perks that came with them.

However, they are not the only members of a monarchy who either quit the family or gave up their titles for some reason. Here’s a look at some of these royals who chose a life outside of royalty or had to step away from it.

After dropping a few hints, the couple — in January 2020 — finally announced that they will be stepping back as working royals. Eventually, with the queen’s approval, they quit their senior roles and moved to California with their son Archie a little later the same year. Harry, however, still remains a prince and the couple has retained their Duke and Duchess titles. For how long, we don’t know, as they were addressed with just their first names in a statement issued by Buckingham Palace after their Oprah interview.

In 1936, King Edward abdicated the throne to be able to marry Wallis Simpson, a two-time divorcee. At the time, the Church of England was opposed to remarriage after divorce. Being the head of the church, Edward decided to step down as King passing the role to his younger brother George VI. Edward was later given the replacement title Duke of Windsor.

Daughter of Thailand’s King Bhumibol Adulyadej, Princess Ubolratana had to relinquish her title of Her Royal Highness to marry commoner Peter Ladd Jensen. She met Jensen while studying at MIT in Boston, US, and the couple married in 1972. She was not given her titles back even after her divorce in 1998 and return to Thailand in 2001. She is now known as “Tunkramom Ying”, which means “Daughter to the Queen Regent”, according to The Guardian.

Sayako, Princess Nori, daughter of Emperor Emeritus Akihito and Empress Emerita Michiko, renounced her title to marry commoner Yoshiki Kuroda in 2005. Along with the title, she also gave up her membership to the royal family and allowance from the State. After the marriage, she took her husband’s surname.

She is not the only Japanese princess to give up her imperial title for marriage outside royalty. In October 2018, Princess Ayako, daughter of Norihito, Prince Takamado and Hisako, Princess Takamado, married Kei Moriya and left the royal family.

Born Prince Philip of Greece and Denmark, he had to drop his claim to the throne in both countries to marry British King George VI’s daughter Elizabeth. Before their wedding, in November 1947, Philip received the title His Royal Highness and was made the Duke of Edinburgh, Earl of Merioneth and Baron Greenwich. He became a British prince when Elizabeth was crowned as the Queen in 1952.

Prince Friso, the second son of Queen Beatrix, abdicated his claim to the throne in 2004 to marry Mabel Wisse Smit which was done without the blessings of the Dutch Parliament. The reason: The couple did not disclose Wisse Smit’s extent of friendship with drug baron Klaas Bruinsma during her college days. This “breach of trust” led to the then-PM Jan Peter Balkenende announcing that they won’t propose a law, in Parliament, required to approver her entry to the royal house. She was, however, a part of the royal family.

For the following royals, reasons for giving up their titles or roles were a little different from love or stepping away from the royal family.

In August 2019, King Harald V and Queen Sonja’s daughter Princess Märtha, in an Instagram post, announced that she will not use her princess title in a commercial context and will just use Märtha Louise instead. She had received criticism for using the title for her tour, ‘The Princess and the Shaman’, with boyfriend Shaman Durek Verret.

She also said that after discussions with the family, they have “jointly come to the conclusion that I use the title princess when I represent the Royal House, do my official assignments at home and abroad and in private contexts.” Princess Märtha is fourth in line to the throne.

King Carl XV and Queen I Gustaf, in October 2019, removed his five grandchildren — three children of Princess Madeline and two of Prince Carl Philip — from the royal house. They are still a part of the royal family and will retain their Duke and Duchess titles. The decision means “they will no longer enjoy the style of Royal Highness and, in the future, will not be expected to perform duties incumbent on the Head of State,” mentions the Palace statement.

In November 2019, Prince Andrew, Queen Elizabeth II’s son, released a statement to announce that he was stepping back from his royal duties. The decision came after his scandalous interview with the BBC was aired where he talked about his relationship with convicted sex offender Jeffrey Epstein.

In a statement, he said, “It has become clear to me over the last few days that the circumstances relating to my former association with Jeffrey Epstein has become a major disruption to my family’s work and the valuable work going on in the many organisations and charities that I am proud to support. Therefore, I have asked Her Majesty if I may step back from public duties for the foreseeable future, and she has given her permission.”

When not editing copies, Divya can be found reading a book, listening to horror podcasts or planning her next trip. She is a coffeeholic like Lorelai Gilmore who always needs 'coffee in an IV.'
Lifestyle Entertainment travel