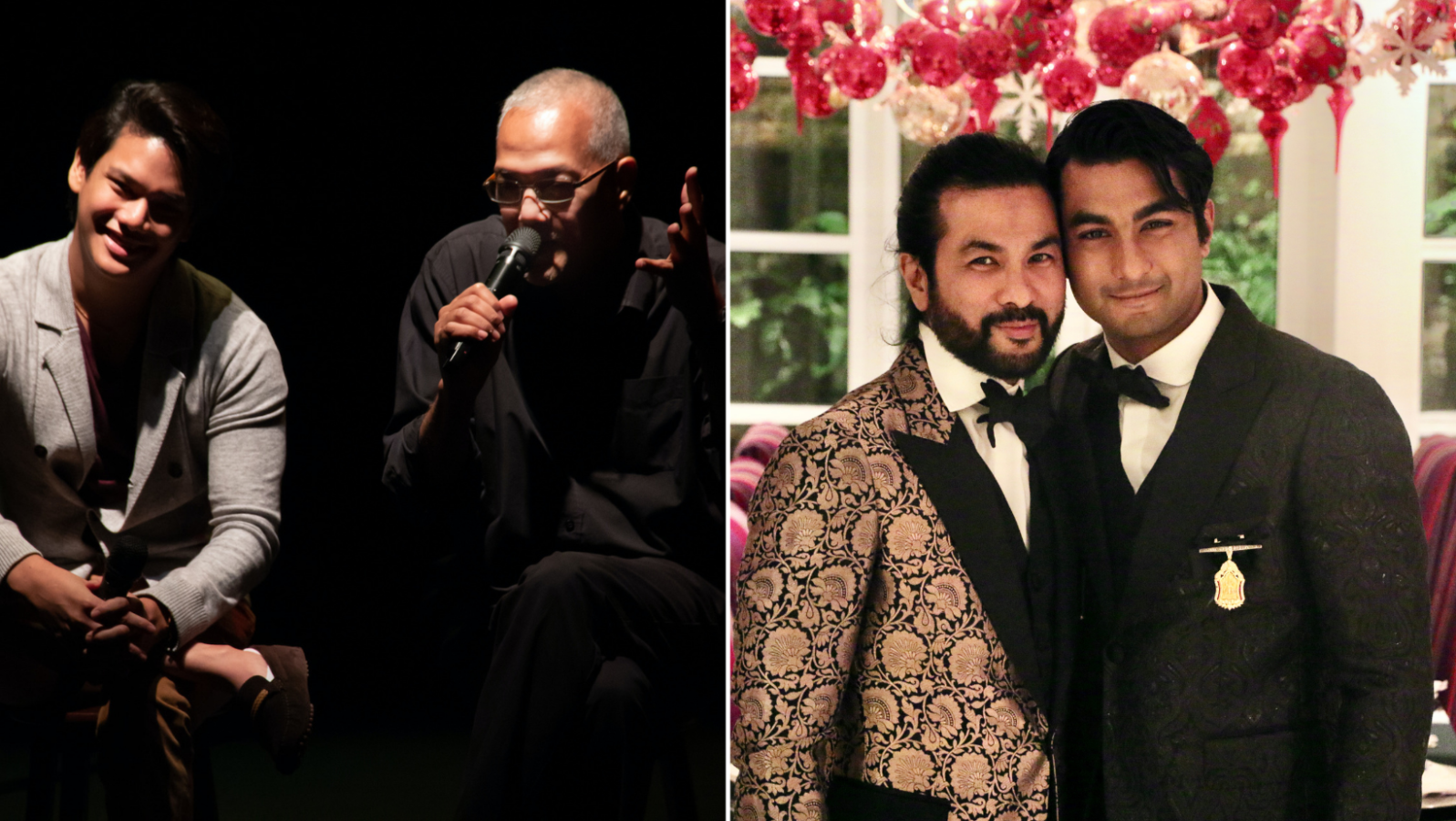 People & Events
Terimunite Chandran & Daniel Veerapen: “What it was like growing up with a famous dad”
Share
Next article

We call our dads many things: superheroes, the most important man in our lives, and for some, celebrities. In conjunction with Father’s Day on the 20th of June, Terimunite Chandran and Daniel Veerapen talk about what it’s like being sons of prominent and influential figures in Malaysia.

“Growing up with a famous father is never boring. What can I say? Life is never dull with the man around. There is always some kind of disruption at home, and I mean this in a good way. There is always stuff moving around the house  — repositioning of the furniture, some kind of decorating for a festival or event, for example. Our house always changes like the seasons of a four-season country.

“As I get older, I learn to appreciate the man I call ‘Pa’. And he has shown me how being at home can be a new experience. Growing up under his wing, I learned that life is only as exciting as you make it. This was a lesson that he has instilled in my siblings and I as we too create our own little disruptions.

“Although my father is constantly in the spotlight, it wasn’t something foreign or distant to us as he has made it a part of our lives too. My father always made family the root of his business and values. Amidst all the cameras and bright lights of the runway, my father’s fame was not a huge shadow that was cast on to my siblings and I. It was rather what my father used to keep us grounded.

“My father raised us to go against the grain and keep searching for our authentic self. He has encouraged us to charter our own path in life. My father, as Khalil Gibran would describe him, is the bow that which my siblings and I are the living arrows he shoots forth into life. Let’s just say I’m glad I got the best of both worlds with my father: the crazy and the wise. To me he has always been the famous man before I even knew what it meant. All I can say is that I know I am in for an interesting journey ahead.”

“When I was growing up, it didn’t really dawn upon me that my dad was an influential music figure. I remember one of the first instances of me finding out was in primary school, when my music teacher recognised my name and made a big deal about it to the class, my classmates asked me “I didn’t know your dad was famous” and I responded with “I didn’t know either!”

“That’s the way it was, I was pretty oblivious as a kid (some would say I still am). My dad had celebrity colleagues who I would call  ‘aunties’ and ‘uncles’, and when people stopped my father in public, he would tell me “oh, she was a friend” or “oh, he saw me somewhere and wanted to say hi”.

“He wouldn’t make much of it, and perhaps that’s why I didnt either. My dad was never one for being in the spotlight too much, mostly shying away from publicity, but through the years that humility was what I felt earned him the most respect!”