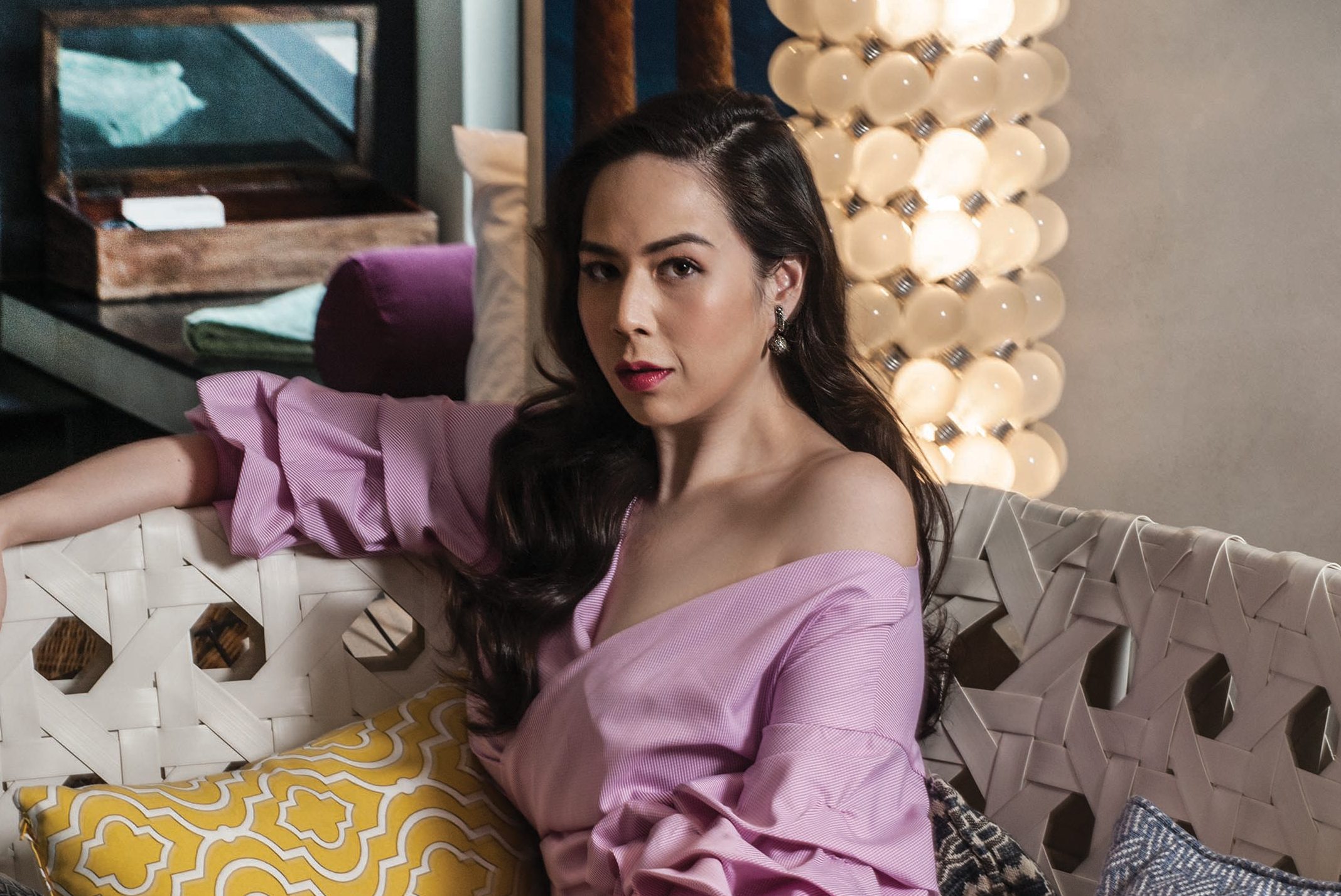 Energy : Kelly believes she is the kind of person who likes to mediate and stabilise situations. People born under this element are known to be patient, thoughtful and calm, thus making them natural-born peacekeepers. While they possess many good qualities of the earth element, such as being warm and nurturing, they are guilty of being self-absorbed as well. Nevertheless, they are super protective, like Mother Nature that holds the roots and everything else together. Of course, this promotes another personality trait that is more controlling and demanding.

FOR SOMEONE WHO grew up as a mix-heritage individual (she is part Malay, part Chinese and part British), Kelly is not wary to reveal that she follows Feng Shui. “When you start reading and learning more in-depth about this Chinese philosophical system of
harmonising everyone with the surrounding environment, you’ll see that there is a real science to it,” she clarifies, highlighting that there is a clear methodology based on the principles of Yin and Yang, the five elements and the use of direction to tap into the chi, which is simply the natural energy found in the environment. “I believe that Feng Shui does not require you to compromise your principles or faith. Moreover, so many people are now either practising it to benefit themselves or simply for the fun of it. Well, I guess as long as we keep religion and Feng Shui separated, each can co-exist peacefully in our lives.”

To me, it makes a lot of sense as I believe that energy does exist all around us. It exists as thoughts, feelings and also can come in the form of nature

Kelly further elaborates that she took up this cultural practice whilst growing up with her mother who is half-Chinese and half-British. “She was very particular about many things and I vividly remember how each of our homes had to be in a certain direction and its layout was in a certain way. In addition to that, dates play an important role in the majority of our lives. We can only do certain celebrations or make decision on days and dates that are auspicious in the Lunar calendar,” she reveals, recalling that during her younger days, she would regard all these practices as nonsense. Today, through her own research, Kelly realises that most of the things her mother practises hold more truth than meets the eye and that she practises a more western and neutral form of Feng Shui. “Looking back, I realised we never had anything with religious overtones in the house like the bagua mirror or the pagoda. These are a few of the elements popularly found in Eastern practices.”

This brings on the point that the Western influence has impacted the traditional ways of Feng Shui and there are similarities and differences between how the concept is applied in the East and the West. “In many ways, the traditional Feng Shui method has a more religious, cultish and paganistic nuance to it. Particularly the obsession with curing everything negative under the sun through trinkets has a strong ‘religious flavour’, especially since many of these objects are based on Buddhist or Taoist symbols. Today, the West has given a more modern take on what we used to know about Feng Shui. While it still holds the same principles, it has managed to omit the religious association.”

Apart from that misconception, she believes the best way to really prove to the sceptics that the beliefs of Feng Shui are to be  aken seriously is to walk them through what Feng Shui really means. “To me, it makes a lot of sense as I believe that energy does exist all around us. It exists as thoughts, feelings and also can come in the form of nature. In short, we’re all magnificent energy-sensing beings whether we are conscious of it or not. Our homes are surrounded by energy that affects us either negatively or positively. What Feng Shui does is that it plays a strong role in balancing the energy in your home. I mean who wouldn’t want harmony and balance in their lives?” Kelly remarks while raising a fair point.

Yet, with all the faux Feng Shui teachings and the impostors behind the falsities, it’s pretty hard to alter the perception of a nonbeliever. To that, Kelly’s answer is that “there are things you need to experience yourself to wholly understand it. After all, you will be applying it to your life and it will eventually become part of your lifestyle”, before adding that one does not have to be a Feng Shui master to see that the ancient philosophy of Feng Shui was built upon common sense. “And when you practise it yourself and fully appreciate its principles, it’ll be easier to spot an imposter!”

When asked about her most sacred place at home, Kelly points to the bedroom. “For instance, I have no beams over the bed and made sure no sharp edges point towards my bed. Why? Well, beams create an oppressive and heavy sort of energy, so sleeping under a beam is best avoided. As for the sharp edge, which is also known as the poison arrow, it can impede and disrupt the energy of a space which in turn could mean sleepless nights in the bedroom,” she happily explains. “The more you learn, the more matters will make sense. So I guess it is safe to say that Feng Shui allows you to be more responsible and in control of the energy and the flow of your home. In short, through Feng Shui, you can experience how a harmonious environment allows more positive energy to flow through your whole life.”