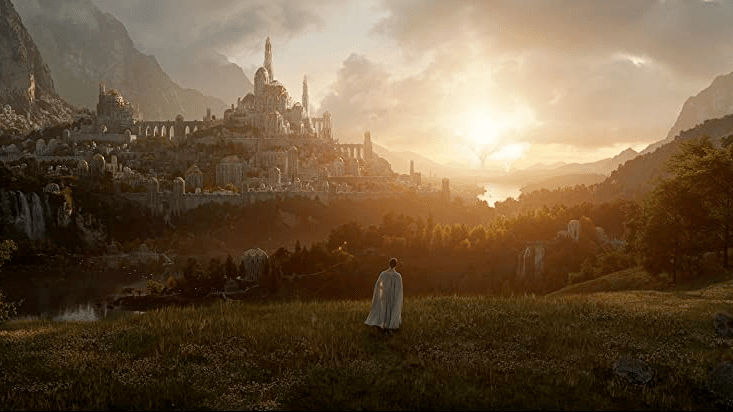 The Lord of The Rings fans have a reason to rejoice as Amazon Prime has unveiled the official teaser and title of the new series — The Rings of Power. It is said to be the most expensive TV series ever produced, with USD 1 billion spent in total production.

The teaser shows canyons filled with mist, followed by a molten lava-like substance being cast in metal to reveal the letters of The Lord of the Rings: The Rings of Power.

Meanwhile, in the background, a woman’s voice is heard saying, “Three rings for the Elven kings under the sky. Seven for the dwarf lords in their halls of stone. Nine for mortal men, doomed to die. One for the dark lord on his dark throne in the land of Mordor where the shadows lie.” Have a look:

The multi-season drama is produced by Amazon Studios in cooperation with the Tolkien Estate and Trust, HarperCollins and New Line Cinema, a division of Warner Bros. Entertainment.

Here’s what we know about The Lord of the Rings: The Rings of Power

The series is set in the Second Age of Middle-earth, thousands of years before the events of The Hobbit and The Lord of the Rings, which makes characters such as Baggins, Samwise Gamgee or Gandalf unlikely to feature in The Rings of Power.

Producers J.D. Payne and Patrick McKay were quoted by Deadline as saying: “This is a title that we imagine could live on the spine of a book next to J.R.R. Tolkien’s other classics. The Rings of Power unites all the major stories of Middle-earth’s Second Age: the forging of the rings, the rise of the Dark Lord Sauron, the epic tale of Númenor, and the Last Alliance of Elves and Men. Until now, audiences have only seen on-screen the story of the One Ring – but before there was one, there were many… and we’re excited to share the epic story of them all.”

Thank you to our adventurous crew in the rolling fields. (7/8) pic.twitter.com/VC7rMxeEoW

The series lead, Beldor, will reportedly be played by Robert Aramayo, who essayed the role of young Ned Stark in the TV series Game of Thrones (2011–2019), while Markella Kavenagh will be reportedly seen in the role of Tyra.

The Lord of the Rings: The Rings of Power, which has been shot in New Zealand, will begin streaming on Amazon Prime Video on 2 September 2022. The episodes will be aired weekly.