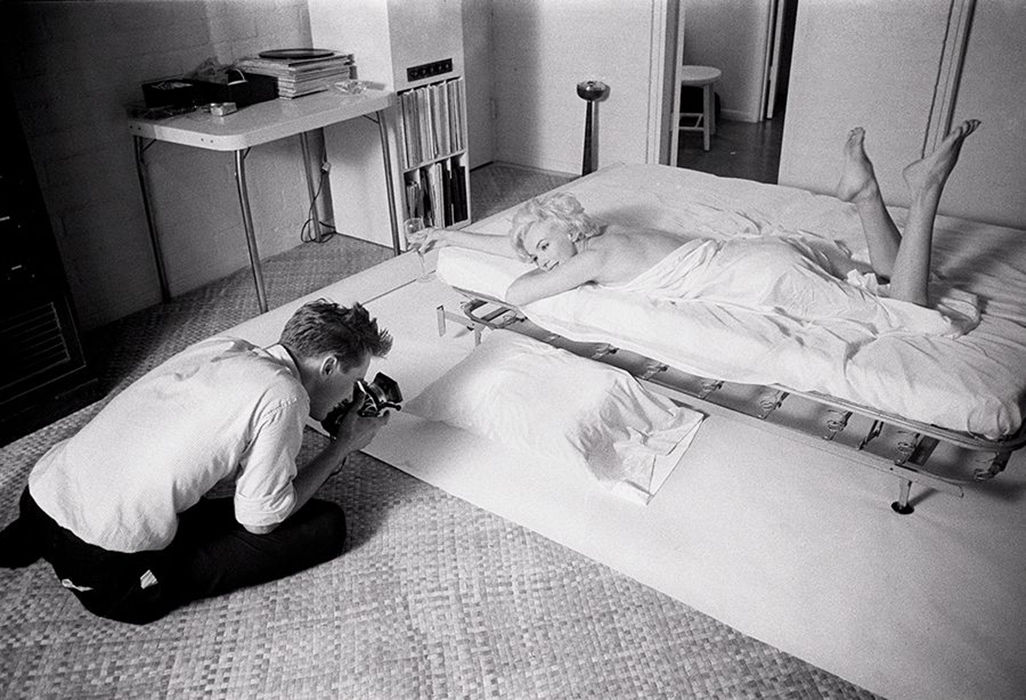 The seven-piece lot, which also includes the 1959 Hasselblad camera used by Kirkland, will be auctioned off as part of Christie’s Exceptional Sale.

The camera is being offered together with two magazine backs, two Carl Zeiss lenses, and two 40×60 in. limited-edition archival prints of Monroe taken during the shoot, which took place in November 1961 in Beverly Hills.

The lot, which is estimated between $200,000 and $300,000, also includes two photographs of Monroe, known as “Marilyn (Overheard)” and “Marilyn (Hugging Pillow).” They remain among the last professional images of the star taken before her sudden death at the age of 36. This photo session with Monroe is remembered nowadays as one of the most memorable moments of the “Old Hollywood” era.

At the time, Kirkland had been recently hired as a staff photographer at Look when he was assigned to capture a “sizzling” picture of the actress for the magazine’s 25th anniversary issue.

Monroe was at the peak of her stardom, having starred in blockbusters such as “Some Like It Hot,” “Gentlemen Prefer Blondes” and “Bus Stop.”

“It was extremely intimate. It was just myself, the camera and Marilyn. Marilyn showed me how she felt, slithering erotically between the sheets. I kept shooting,” Kirkland told Christie’s ahead of the auction.

More than 50 years later, the photographer remembers the disarming nature of the actress, whose suggestions for the shoot included a bed, a white silk sheet, some Frank Sinatra vinyls and plenty of Dom Pérignon champagne.

“I learned an important lesson from her: if you are to elicit her most outstanding performance, treat a star like the princess you want her to be in front of your lens,” Kirkland explained.

“We are thrilled to be offering buyers the chance to own a piece of that magical Hollywood moment when Marilyn owned the silver screen. No one connected with the tragic star better than the young photojournalist Douglas Kirkland, who became the photographer of choice for film stars and top movie producers well into the 21st century,” Becky MacGuire, who oversees Christie’s Exceptional Sale, said in a statement.

The seven-piece lot with Marilyn Monroe’s iconic photographs will hit the auction block during Christie’s Exceptional Sale on October 29 in New York City.

The auction will also feature a custom-made trumpet owned by late jazz legend Miles Davis, which is expected to sell for between $70,000 and $100,000.