The 25th instalment in the James Bond film franchise, No Time to Die, is set to release on 25 November 2021 in Malaysia. If it were not for the pandemic, fans worldwide of the iconic fictional spy would have been able to see Bond in action earlier. The last Bond film, Spectre, was released six years ago. Here are all the pre-release details revealed about No Time to Die — Daniel Craig’s swan song as James Bond.

What is the plot?

The official synopsis of the film says the following:

In No Time To Die, Bond has left active service and is enjoying a tranquil life in Jamaica. His peace is short-lived when his old friend Felix Leiter from the CIA turns up asking for help. The mission to rescue a kidnapped scientist turns out to be far more treacherous than expected, leading Bond onto the trail of a mysterious villain armed with dangerous new technology.

Whatever else is known is based on the trailers and Fukunga’s confirmation that the story is set five years after the events of Spectre.

What does the trailer reveal?

The fourth and final trailer of the movie was released on 31 August. In between were a Super Bowl 2020 TV Spot on 3 February 2020 and a 14 September 2020 video introducing Safin.

Together, the trailers reveal quite a lot about what to expect from this instalment.

We see that Safin is looking for revenge and is after Swann. In one of the clips, a wounded Bond tells a shocked Swann, “The past isn’t dead.” What exactly is the past is not clear. What is certain is that Safin has a history with Bond, too.

In a scene, he says, “We both eradicate people to make the world a better place. I just want to be a little…tidier.”

There is also a hint that Bond may join hands with his enemy Blofeld, who is now imprisoned following the incidents in Spectre. “James, fate draws us back together. Now your enemy is my enemy.”

Besides, there is enough action in the trailer to get our adrenaline pumping. There’s jumping from a stone bridge, racing a bike over an old wall, piloting a unique flying machine, missiles firing from a navy ship, and the return of a legendary Aston Martin DB5 that can fire machine guns.

The cast of No Time to Die First up, Daniel Craig. The English actor plays the titular MI6 007 agent James Bond. In the film, Bond is shown as having retired from active duty but is forced out of it when a major threat makes landfall.

That threat is Lyutsifer Safin — a criminal mastermind played by Academy Award winner Rami Malek. Speaking to Daily Mirror in July 2019, after he was cast in the role, Malek, who is of Egyptian heritage, said that he told Fukunaga that he didn’t want Safin to exhibit any kind of religious or ideological identity.

“I said, ‘We cannot identify him with any act of terrorism reflecting an ideology or a religion. That’s not something I would entertain, so if that is why I am your choice then you can count me out,” Malek said. “So he’s a very different kind of terrorist,” he added.

In a promotional video introducing Safin, Malek says, “What I really wanted from Safin was to make him unsettling; thinking of himself as being heroic.” The other major new face is Lashana Lynch. The Jamaican-origin British actress is so far best known for playing fighter pilot Maria Rambeau in Captain Marvel (2019). Lynch will be playing an MI6 agent who becomes 007 after Bond’s retirement. This makes her the first Black female 007 agent.

Her casting resulted in a racist backlash from some quarters of Bond fans forcing Lynch to take a break from social media and focus on meditation and family. Responding to the controversy she was subjected to, Lynch told Harper’s Bazaar, “I am one Black woman – if it were another Black woman cast in the role, it would have been the same conversation, she would have got the same attacks, the same abuse. I just have to remind myself that the conversation is happening and that I’m a part of something that will be very, very revolutionary.” 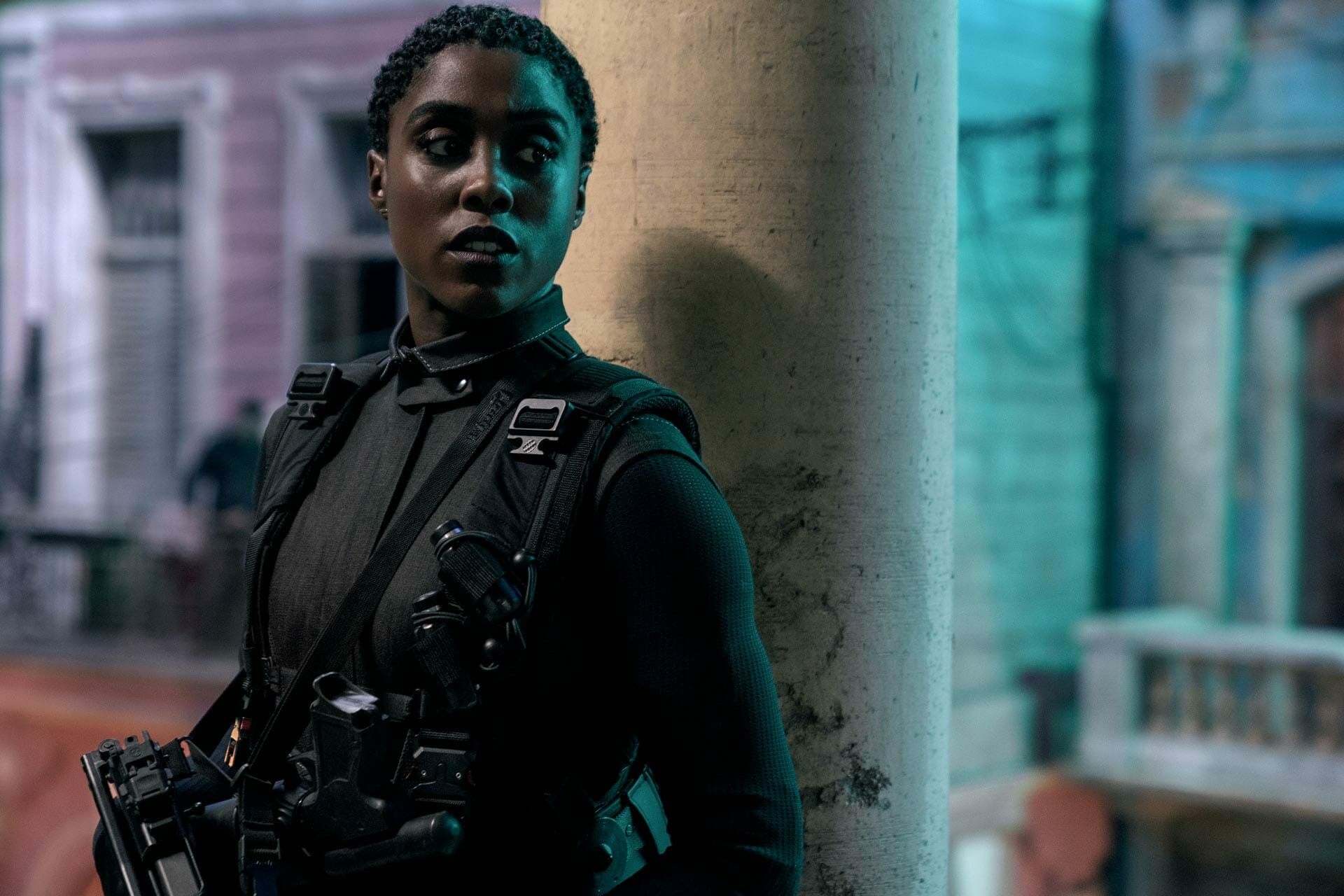 Ana de Armas, who plays CIA agent Paloma, joins the cast. Armas has starred alongside Craig in the critically-acclaimed detective thriller Knives Out (2019) as well. Billy Magnussen, Dali Benssalah, and David Dencik are among the other new faces. Of the major Bond actors who will once again be seen in the movie are Léa Seydoux and Christoph Waltz.

Seydoux reprises her role as French psychologist Madeleine Swann while Waltz returns as SPECTRE head Ernest Stavro Blofeld. The characters of both Seydoux and Waltz made their first appearance in Spectre (2015).

What led to the delay in release? Academy Award winner Danny Boyle was initially roped in to direct this Bond movie. He began writing the script with John Hodges in 2018 but quit the same year. At the time, the film was expected to release sometime in November 2019. Boyle’s departure led to makers hiring Cary Fukunaga to take over the responsibilities. All of this led to the first round of delay, with the film pushed to a February 2020 release.

It was then again postponed to April 2020. By then the COVID-19 pandemic was raging through the world forcing theatres to close. The makers then pushed the release to November 2020 and then to 2 April 2021 since the theatres were still suffering from the effects of the pandemic. Finally, it was decided that the film will see the light of the day toward the end of the year, with a 25 November release date in Malaysia.

Yes, it is. This will be Daniel Craig’s fifth and final outing as the fictional spy. He first appeared as Bond in Casino Royale (2006) and subsequently in Quantum of Solace (2008), Skyfall (2012), and Spectre (2015). Craig is the sixth actor to play Bond in films by Eon Productions after Sean Connery, George Lazenby, Roger Moore, Timothy Dalton, and Pierce Brosnan.

In celebration of his 15-year career as Bond, the makers released a retrospective titled Being James Bond. The 45-minute special can be streamed on Apple TV. It contains unseen footage from all Bond films Craig has starred in and his interview with producers Michael G. Wilson and Barbara Broccoli.

In the special, Bond also addresses members of the crew on the last day of the shoot for the film.

“A lot of people here worked on five pictures with me. And I know there’s a lot of things said about what I think about these films or all of those… whatever. But I’ve loved every single second of these movies, and especially this one because I’ve got up every morning and I’ve had the chance to work with you guys. That has been one of the greatest honours of my life,” a visibly emotional Craig says.

A video of the same has now gone viral on social media.

End of an era 🍸pic.twitter.com/45obvVsuo1

It is unclear what the makers plan to do with the Bond character. It is noteworthy that the character has only changed faces over the decades but has never been killed off.

It will be interesting to see who replaces Daniel Craig as James Bond in the future movie. There has been a lot of speculation around this and actors including Idris Elba, Regé-Jean Page, Tom Hardy, James Norton, and Sam Heughan among others are in the running.

Filming locations of No Time to Die 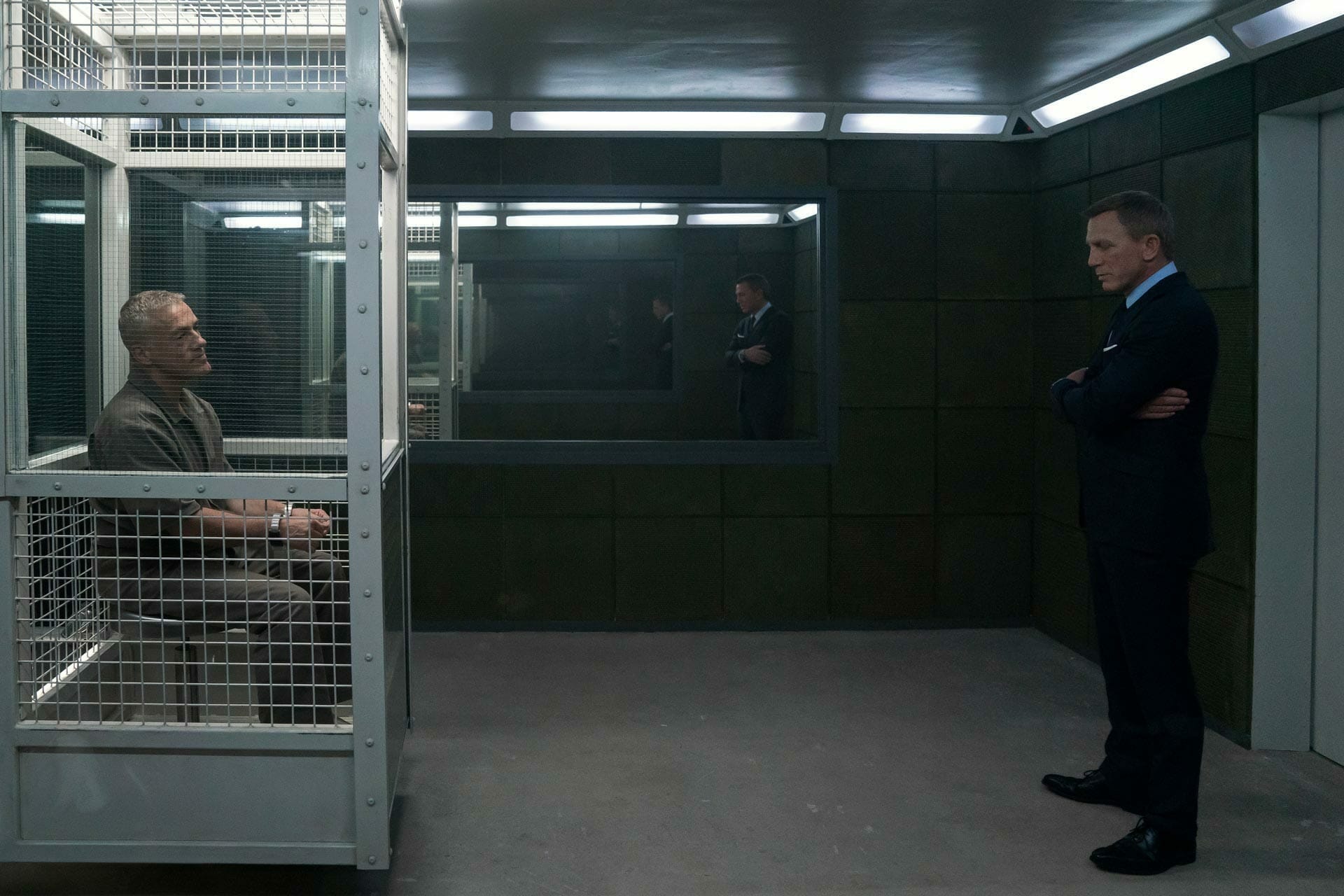 Bond films have always been like a travelogue packed with excitement, intensity, fun, thrill, and the usual danger.

No Time to Die also takes fans on a world tour of sorts. It has the usual exotic places fitted perfectly with regular ones in a mosaic that would delight anyone who loves to travel.

One of the most famous shots in the trailers is on a Roman bridge from which Bond jumps to escape enemies. That is in Matera in Italy. 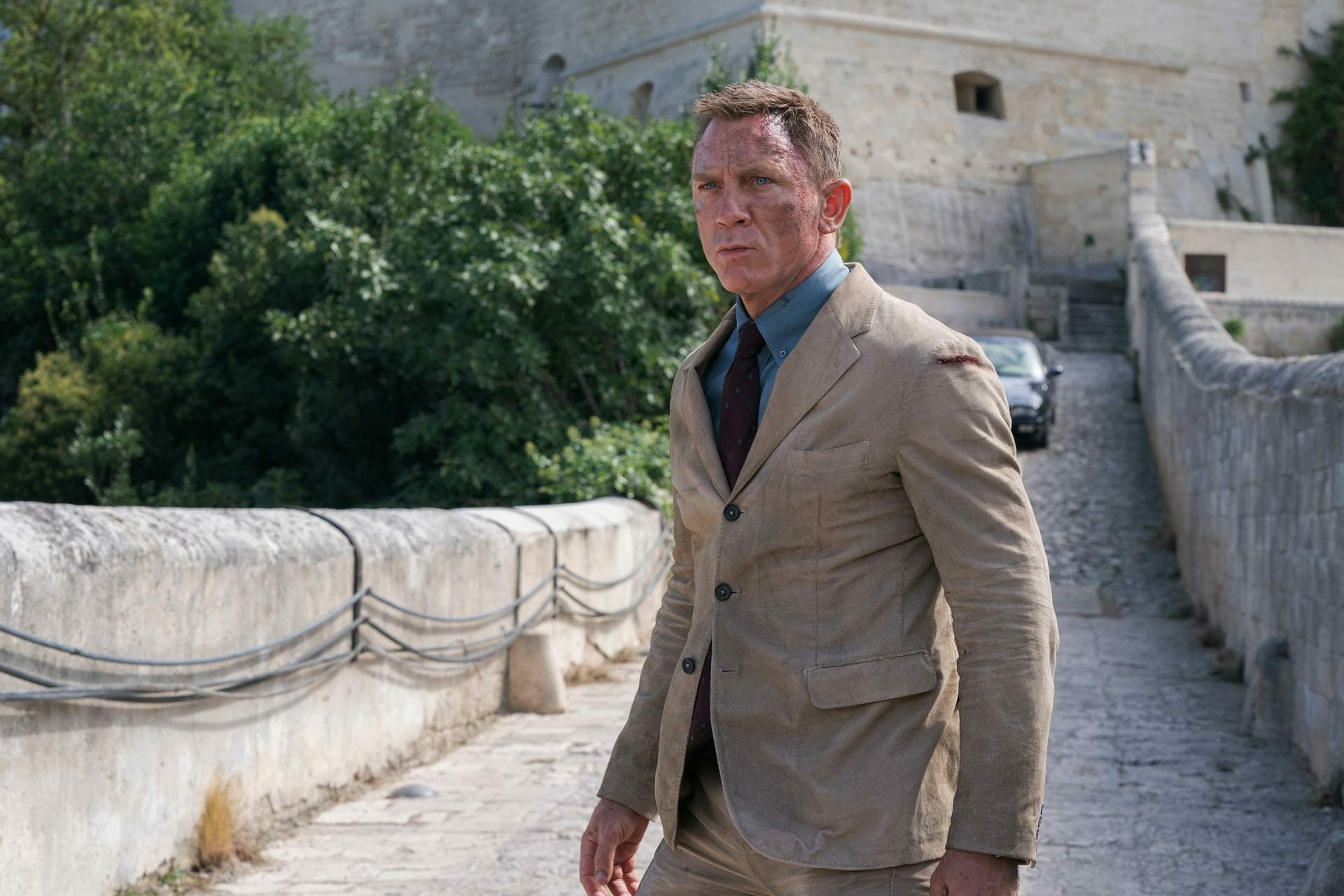 Then there is Port Antonio in Jamaica, Kalsoy in Faroe Islands and Nittedal in Norway, the last of which is the location of a snow-covered terrain in the trailer. Cairngorms in Scotland was also one of the filming locations. Interestingly, Bond’s family is from Scotland.

Of course, London and Pinewood Studios in England are part of the Bond film too.

No Time to Die theme song

The theme song titled “No Time to Die” was released on 13 February 2020. It was performed by American singer and songwriter Billie Eilish, the youngest ever to sing a Bond theme.

At the 63rd Annual Grammy Awards held on 14 March 2021, the song won the Grammy Award for Best Song Written for Visual Media. It thus made history as the first song from an unreleased movie to win a Grammy.

The song has been co-written by Eilish’s brother Finneas O’Connell.