Anytime short weekend getaways were the order of the day, Ipoh most often rose as the top choice.

Malaysia’s third largest city after Kuala Lumpur and George Town was once the centre of the world’s tin industry until its 100 year reign ended in 1980s, but traces of its bygone charm remain till this day alongside newer attractions and manufacturing plants. Ipoh never fails to draw us into its embrace, be it for a quick getaway over the weekend or as the perfect retirement place. 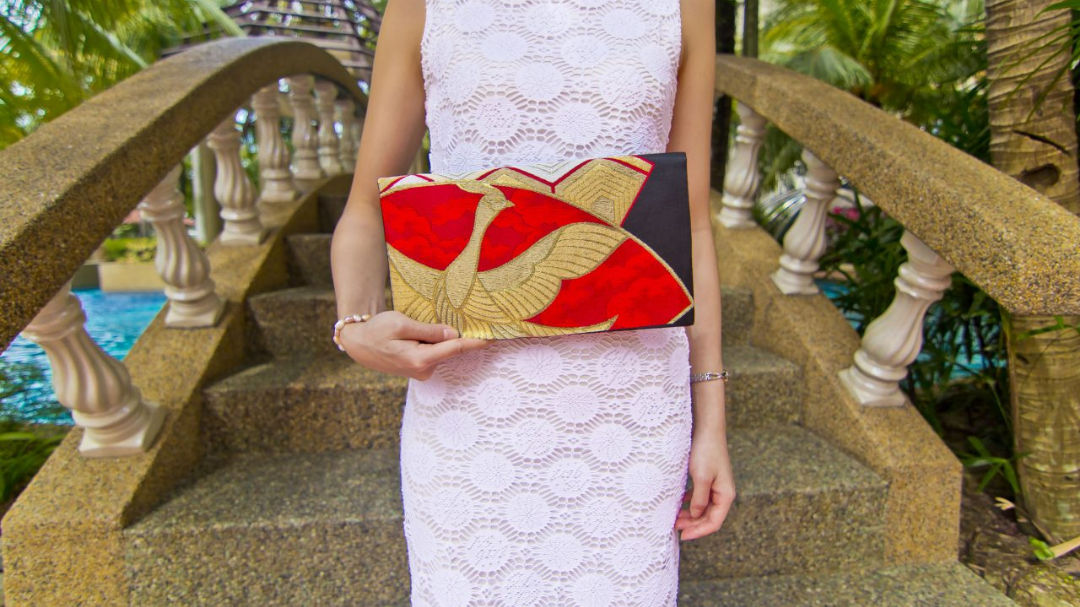 Made in Malaysia: Unbox by Huff and Puff serves nostalgia through its curated gift boxes
Pursuits 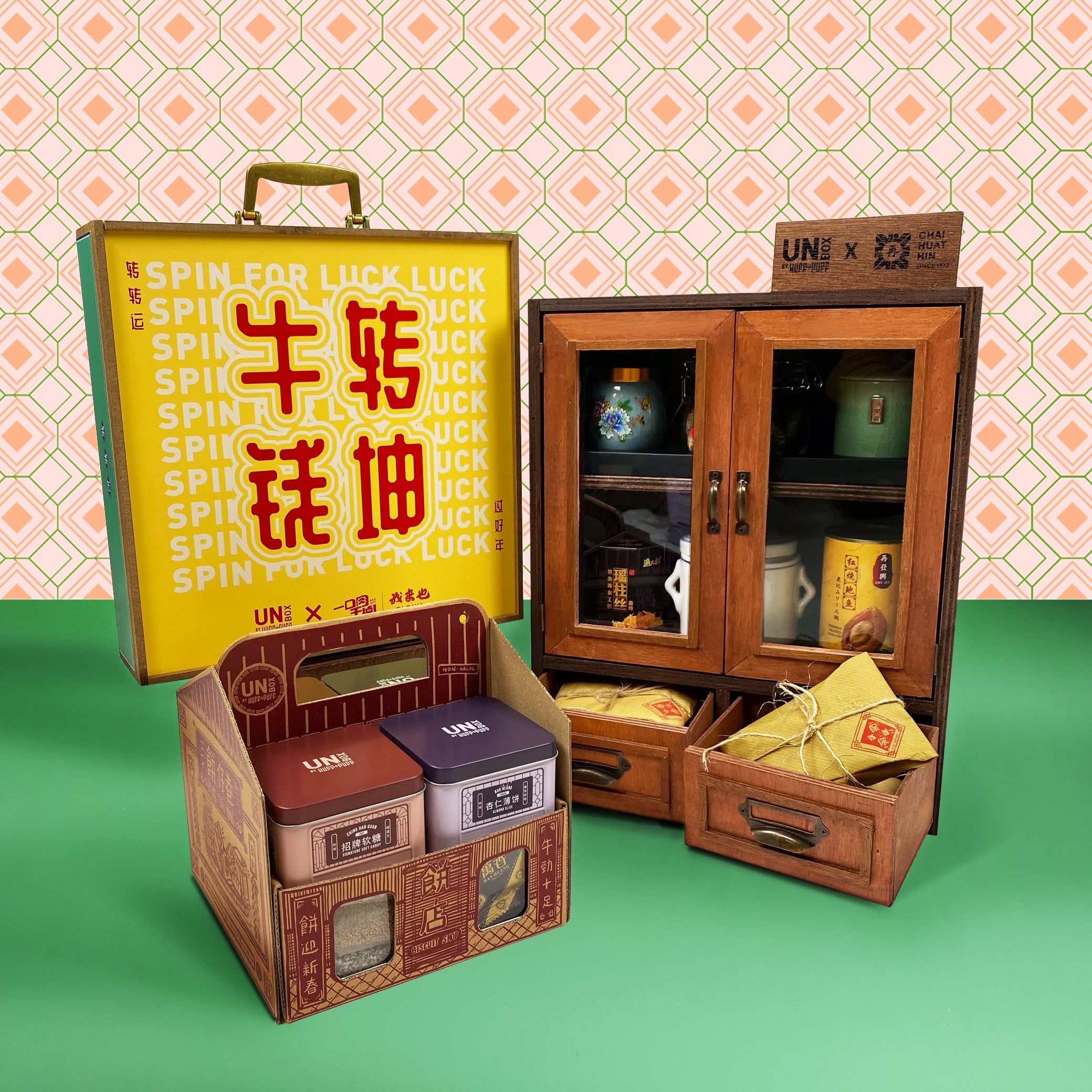 For the many travellers making their way up north, Ipoh makes for a quick and easy pit-stop for refuelling. Often overshadowed by Malaysia’s food capital up north, Ipoh too has its fare share of popular eats. One food institution of note is Ching Han Guan Biscuits, the famous biscuit place that people can’t seem to get enough of. It is recommended to everyone and anyone, even if they are only zooming past the city on the highway. “It’s worth the detour,” one is often told.

Family-run Ching Han Guan opened its doors in 1949 at Hugh Low Street, peddling Chinese Teochew pastries with recipes passed down from the great grandfather of the current generation of owners. From old man Ching Yik Mun, the recipes flowed from Chaoyang in China and found a solid footing in Ipoh. In this month’s Made in Malaysia series, we reach out to Edison Ching, the heir responsible for the production of CHGB’s confectionaries to share with us what it takes to keep the family business running.

When the confectionary first opened, he says you could only find traditional Teochew wedding pastries like the soft candy, peanut candy, lard biscuits and some rare Teochew mooncakes on its shelves. “As the business grew, the family started adding Cantonese and Western biscuits such as ‘tau sah piah’, egg cookies and cashew nut cookies to satisfy the growing demand and changing palate.”

The biscuit shop was propelled to fame by its signature meat floss lotus paste biscuit and it was unlike anything anyone has ever tasted since the bakery opened its doors some 70 years ago. It’s sweet and savoury, and highly addictive. “Being the pioneer to invent these pastries, our brand is now synonymous to it. Our walnut soft candy which is a traditional Teochew delight, made by very few today is another bestseller. To cater to current trends and tastes, Ching Han Guan introduced a low-sugar option which proved to be a big hit with its customers.

The pressure of continuing the legacy of his grandfather is great, especially for a brand that has been savoured (and some say revered) by Malaysians for decades. “As a tribute to him, we continue to strive to offer high-quality traditional handmade biscuits to upkeep the reputation that has been built since the bakery was started. Without compromising on the quality and traditional offerings, we focus on improving and refining the products that suits today’s consumers.

”The lotus paste, for one has undergone some modification. The original recipe from years ago is considered too sweet to today’s liking. “Through a long and tedious but rewarding journey of trial and errors, we’ve successfully refined our current lotus paste recipe with just the right balance of sweetness and smooth texture. One of the major challenges when reducing sweetness is always the texture. When the paste lacks sugar, it greatly affects the ability to hold oils in which affects the smoothness of the paste.”

The low sugar walnut candy was also made to meet the rising requests for reduced sweetness, but it’s been rather challenging to make them. “The process has been painstaking even since days of the past generation’s gatekeeper, we’ve had to experiment with many formulations of the recipe in achieving the right balance of sweetness whilst maintaining the soft chewy texture of the traditional candy.”

According to Edison, the preparation process has evolved from an ‘agak-agak’ recipe approach to consistent formulations. What may come as a surprise to many is the fact that the number of staffs back then and now have remained approximately the same. “A systematic and focused approach works well for us as we can ensure consistent output. Afterall, we pride ourselves in our traditional handmade pastries which we strive to upkeep to set ourselves apart from mass manufactured products.”

What is Edison’s favourite duty at Ching Han Guan?

“Baking. Being able to create every piece of pastry by hand using traditional recipes and methods from over 100 years ago whilst constantly innovating to satisfy modern taste. It feels like an art form where each piece is unique and no two pieces are truly identical,” he says with palpable pride.

The pandemic has also hit the bakery since it relies heavily on local tourists. “The pandemic as an unforeseen event has been challenging for us. However, as we strive to provide only the freshest and best quality to our customers, we’ve reorganised our production schedule to focus on making small batches frequently whilst balancing other operational factors and cost.”

There has been a significant uplift at its online store and it’s not uncommon to find most of the biscuits and candies unavailable. They do sell out like hotcakes. Ching Han Guan proves it is capable of moving along with the times, come what may.

You’ve probably heard this before but it’s hard not to talk about Stephen Hawking every time there’s a mention of Ching Han Guan, Ipoh. The family has probably retold this story countless times, and we couldn’t resist asking Edison how this encounter happened and what it means to him.

“I get asked quite often when someone learns of the visit Stephen Hawking made to Ipoh in 1994. The visit was initially arranged as a personal trip, outside his official schedule to deliver a public lecture at PWTC as our aunt was his personal nurse and he wanted to visit her hometown and meet the family,” he recalls.

Somehow, the press caught wind about the visit and so did some locals. News spread fast in a small town like Ipoh. He can’t recall his exact age when Hawking came to visit, it could be Primary 5 or Form 1 but all he remembers was that amazing feeling meeting him in person. “I was so amazed to see the advanced wheelchair Hawking used, it was equipped with a special trackpad control and speech recognition. On hindsight, it could have been this very encounter that got me interested in computers and later led me to pursue a degree in Computing Science.”

Edison says it’s his dream for the brand to be synonymous to Ipoh. “A mere mention of Ipoh should immediately bring Ching Han Guan to one’s mind,” he concludes.

To see the full gamut of pastries by Ching Han Guan Biscuits, visit its website here.

Made in Malaysia is a series by Prestige Malaysia that showcases homegrown talents and establishments across various sectors. Through interviews, we strive to highlight the work put in by these individuals while supporting their craft.