Are you bored with looking at selfies, the same memes, ‘talking’ huskies and endless pictures and videos of food on Instagram? Well, it’s time to refresh your ‘following’ list by adding the brilliance of creative visual artists, whose works span the mediums of photography, multimedia, sculptures and much more.

To help you with this, we have curated a list of some of the most famous artists that you must follow on Instagram to immerse yourself in the astonishing talent they exhibit through their posts.

From the world-famous street artist Banksy to JR and Chiharu Shiota, get ready to be enthralled by the way they conceptualise their pieces and present them to the world. In case you’ve missed witnessing their works at art galleries, check out their Instagram pages that amaze art enthusiasts and beginners alike. China’s conquest in the art world is growing steadily
Pursuits 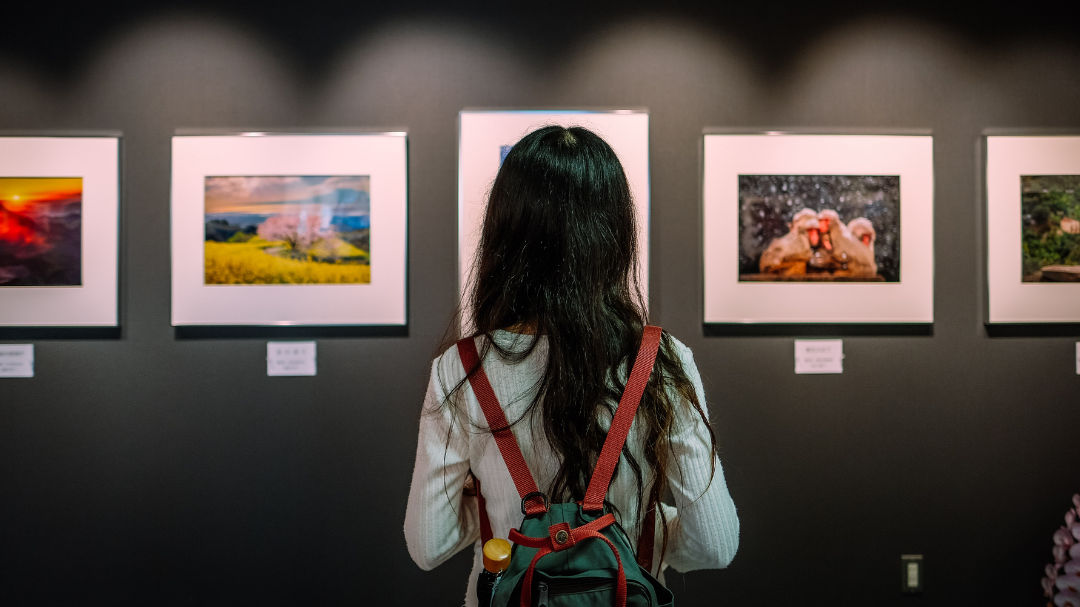 Renowned for his anti-authoritarian graffiti, this visual artist keeps his identity a secret. So far, all we know about him is that he is a British graffiti artist who usually creates witty and satirical masterpieces in public pieces.

With 11.2 million followers, Banksy’s Instagram page exhibits street art that has become a global phenomenon. Although his creations have been noticed since 1993, he rose to prominence with Girl with Balloon in 2002. His other artwork includes Kissing Coppers, Game Changer, Morons, Love is in the Air, Devolved Parliament, Laugh Now and Flying Chopper, among others.

Some of Banksy’s creations sell at exponential prices at auctions. In October 2018, a version of Girl with Balloon was sold at GBP 1.04 million (USD 1.37 million) at Sotheby’s in London. However, just when it went under the hammer, the canvas passed through a hidden shredder in the frame, creating another artwork. The partially self-destructed version of Girl with Balloon was renamed Love is in the Bin, and it fetched a whopping GBP 18.5 million (USD 25.4 million) three years later.

One of the most famous Instagram artists, Donnelly started as a graffiti artist and became famous with the creation of his first toy named COMPANION. A 121-feet-tall version of COMPANION was installed at Victoria Harbour in Hong Kong in March 2019.

The designer’s quirky cartoons are giant inflatables that have been spotted in the US, Singapore, Seoul and Taipei.

Often compared with artists who started on the streets like Keith Haring and Jean-Michel Basquiat, he has a massive fanbase on Instagram with 3.7 million followers who, along with his installations, love his T-shirt and sneaker designs.

Murakami’s Instagram feed exhibits traditional Japanese painting, sci-fi, anime and artwork by him and eminent artists from around the world. His 2.4 million followers on the photo- and video-sharing social networking platform get a treat of his paintings, sculptures and films that encompass pop culture, history and fine art.

Creator of the concept of ‘Superflat,’ Murakami uses it to showcase the fusion of modern techniques with Japanese visual culture, such as ukiyo-e, kawaii and anime. His Instagram page also showcases the renown of the artist among fans, celebrities like Kim Kardashian West and Ye (earlier known as Kanye West), and his many collaborations, including Swiss luxury watchmaker Hublot, lifestyle-and-sports brand New Era Cap Co. and Roppongi Hills.

The French visual artist, who is known for flyposting his monochromatic photographic images in public spaces, believes the street is the biggest art gallery in the world. Tate quotes him as saying, “The street provides me with the support, the wall, the atmosphere, but especially the people. Depending on where I put the photo, the whole thing changes.”

Boasting a whopping 1.6 million followers on Instagram, the world-renowned street artist, who goes by the pseudonym JR, is a favourite among celebrities, including Sacha Baron Cohen, Timothée Chalamet and Omar Sy, too.

Some of his most famous works include JR au Louvre in 2016, where he made the iconic museum in Paris “disappear” with the help of anamorphosis, and a 30-metre-wide installation on the beach of Botafogo Bay in Rio the same year. The renowned artist is also known for his film collaborations with celebrities like Robert De Niro and Agnès Varda.

From figures ‘trapped’ inside the walls and sculptures of American rapper Gunna, bronze baseball and Pokémon to his collection of digital sculptures and collaborations with Dior’s Kim Jones and NBA team Cleveland Cavaliers, the contemporary artist’s works will capture your imagination like none other.

Osgemeos, translating into “the twins”, owe their ever-growing fanbase on Instagram to their unique and dynamic graffiti and painting techniques that are inspired by traditional, folkloric and contemporary elements of Brazilian culture.

As per the twins’ website, to understand their artwork, you must “allow reason to be replaced by the imaginary – walk through the doors, allowing ourselves to realize the subtleties in the world around us and to embark on an experience that exceeds the visual: to feel first and to understand later.”

They treat their 1.2 million followers on Instagram with creations, including murals, paintings, sculptures, videos and site installations, featuring figures with yellow skin colour and long limbs.

With 117k followers on Instagram, the Italian artist’s feed showcases phenomenal sculptures by infusing architectural brilliance of meshwork and “spatiotemporal dimension.” His website further describes his work as a “dialogue between art and the world, a visual synthesis revealed in the fading of the physical boundaries.”

One of the most famous contemporary artists, Tresoldi has been creating installations in public spaces, archaeological sites, festivals and exhibitions across the globe since 2013 and art lovers adore his creations. Some of his well-known works include Etherea (2018) for the Coachella Valley Music and Arts Festival, US, Simbiosi (2019), and Opera (2020) — a permanent installation in Italy’s Reggio Calabria.

Scharf’s artworks are all about the brilliant blending of vibrant colours to create anthropomorphic cartoon-like installations and paintings. With 146k followers on Instagram, the “pop surrealist’s” posts showcase collaborations, like the one with Dior, and he derives creative inspiration from comic books, pop culture, abstract expressionism, surrealism and street art to depict his imagination on vehicles, surfboards, walls and much more.

Talking about the idea behind his creations, Scharf states on his website: “One very important and guiding principle to my work is to reach out beyond the elitist boundaries of fine art and connect to popular culture through my art. My personal ambition has always been to live the example.”

The Japanese artist’s signature installations made with thread will make you feel like entering a spider’s web, with items like shoes, dresses, book pages, suitcases and bed frames caught in it. She also expresses herself through drawings, sculptures, photography and videos that have underlying elements of emotions, internal battles, truth and memory.

Her 130k followers on Instagram get a look into the storyteller’s autobiographical works. Speaking to Forbes in July 2021, Shiota said, “All my art begins with an experience or emotion, and then I expand this feeling into something universal. However, not everyone can see this when they visit my installations. Some might feel connected and recognize the feeling that the work expresses, but others don’t.”

With 111k followers on Instagram, the American artist and filmmaker has achieved global renown through his site-specific pieces and ‘happenings.’ His creations transpire a space that is infused with multimedia and architectural interventions. Through his exquisite videos that explore his installations, such as Sydney’s SONG 1 and New York’s Sleepwalkers, his followers enter a surreal world of architectural brilliance.

While Sleepwalkers transformed the exterior walls of The Museum of Modern Art with projections in 2007, the video installation, Black Mirror, was accompanied by live theatre performance on a “uniquely designed barge, floating off Athens and Hydra Island, Greece,” four years later.

Remember to turn on the sound while watching Aitken’s videos.

Presenting the most mesmerising visual arts, the Chinese artist’s Instagram page boasts a following of 105k and exudes the brilliance of “explosion events” through gunpowder painting.

Spanning mediums of painting, installation, video and performance art, Cai’s concepts for his artworks are inspired by Eastern philosophy and contemporary social issues that “transcend the two-dimensional plane to engage with society and nature.”

Having worked with some of India's top media houses and publishers, Anurupa found her passion in food, music and storytelling. Although she loves to explore all sorts of foods, the ambivert's fluffy pancakes, minced meat alfredo pasta and kosha mangsho are a hit among a close-knit group of friends. At other times, she is usually found perched on the sofa, kicking back with a cup of coffee and binge-watching light comedy.