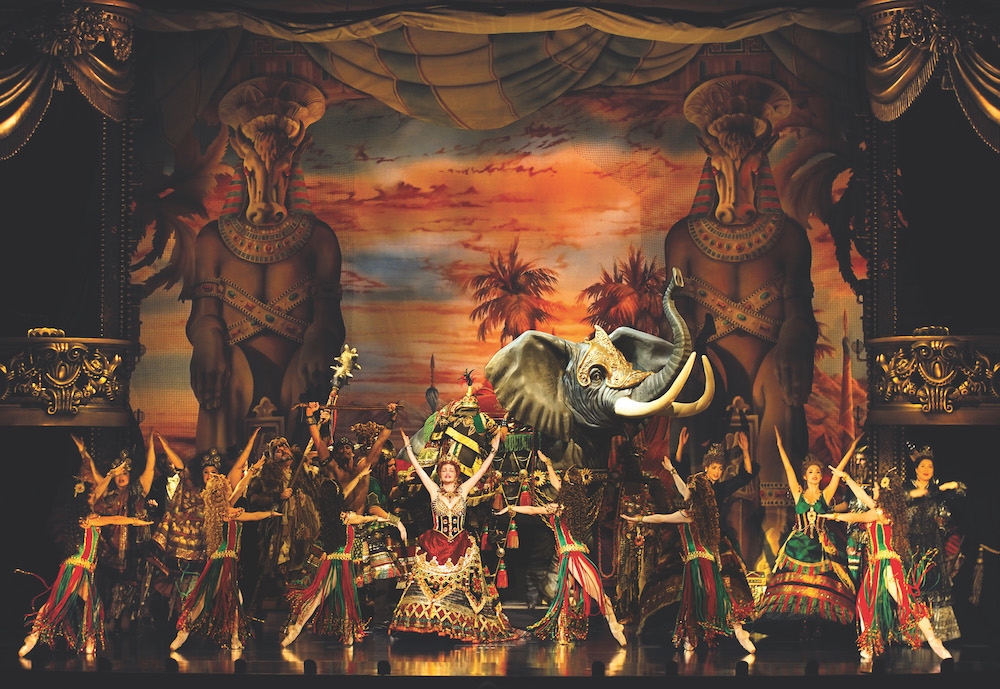 Reasons to catch The Phantom of the Opera at Istana Budaya

I have heard Franz Schubert’s Ave Maria sung more times than I can count, by more artists than I can remember. But the single most beautiful rendition that has stayed with me until today was the one sung right in front of me, by a busker (who in hindsight was probably an opera understudy) on a non-descript street in the heart of Barcelona. There was this sense of connection, of intimacy, as I heard the song performed right in front of me.
In the same vein, even though I grew up listening to the soundtrack of Andrew Lloyd Webber’s The Phantom of the Opera on CD, the experience of watching the theatre production performed right in front of my eyes for the very first time is something that will probably stay with me for the rest of my life.
I recently had the privilege to watch The Phantom of the Opera in Manila as part of a sneak preview before the show finally raises its curtains here in Kuala Lumpur, for the very first time in history. The Phantom of the Opera is based on the French novel of the same name by Gaston Leroux and adapted for the stage by the impresario of musical theatre, Andrew Lloyd Webber. To date, it is the second-longest- running show in London’s West End where it debuted in 1986, and remains the longest-running performance in America’s Broadway.

Yes, the theatre may be a dated form of story-telling but until today, there hasn’t been anything else that can offer the audience what the theatre can; and that is, a level of engagement and connection, between the actors and props you see on stage, and the people on the opposite side of it. In an era where visual effects on film have become so convincing, I often find it hard to get truly mesmerised anymore when at the movies. But when watching this musical, even though there are fewer elements on stage, you are constantly hyper- aware of everything that goes on. Every scene change is a feast for the senses, even the minutiae of the costumes catch your attention as they glisten under the stage lights; even actions that are ordinarily mundane like a gunshot or a boat rowing down an underground river becomes mind-boggling as you try to figure out how they made that happen, live!
As the actor who plays the Phantom, Jonathan Roxmouth, puts it, “There is no greater honour than silence. And we get a lot of silence throughout the show, except when they (the audience) burst into applause. Keeping people’s attention, especially in 2019 is hard, but The Phantom of the Opera can do that.”
Although what you see on stage is captivating, I’m pretty sure what goes on behind the scenes to make that happen is equally as enchanting. I didn’t get to experience that first hand, but from a quick tour backstage before the show, I learned that on any given day, there are about 170 people working on the show, there are 186 costumes used throughout, and those have to be washed and cleaned daily, and the fastest time it took one of the actors playing Christine Daaé to change into a wedding dress for a scene was 19 seconds. I leave the rest to your imagination.

With all of this going on backstage, there was also the challenge of hiding all the backgrounds and props within the confines of the stage. Speaking to Rainer Fried, the assistant director, he mentions that this was one of the reasons the show could not go on tour to many places for the longest time. However, the Asian tour of The Phantom of the Opera is a brand new production. It has been redesigned completely from a technical standpoint to not only be smaller but also has a lower requirement for the theatre it is housed in.
With all of the technological advancements of the production, I am curious as to how the show manages to keep its timeless quality. Fried’s answer is this: “It comes back to what has been achieved with the show all those years ago. It comes back to Andrew’s (Andrew Lloyd Webber) score, to Hal’s (Hal Prince) direction, Maria’s (Maria Björnson) set and costume design. And all of those things have somehow combined into a show that can only be described by one word: magic.

“No one can really explain how it happens; it just happens. When I see the audience get up on their feet at the end of the show, they are not just mesmerised but they are all extremely emotional. Different emotions. Some are crying; some are smiling; some are laughing. And that’s what makes the show relevant. Our emotions haven’t changed our feelings towards each other and our stories haven’t changed.”
Rainer Fried, Assistant Director

A good demonstration of the show’s timelessness is that even though it is more than 30 years old, the actors that play the roles today still find it relatable. Meghan Picerno, who plays Daaé, says, “In a time of the #MeToo movement, I do try my best to empower her (Daaé) as much as possible. And the way I choose to see it is, while she willingly gives up her power up to men in the beginning, she makes the final choice at the end.” Roxmouth adds, “For men, it’s also the issue of toxic masculinity in the age that we are living in. Because men aren’t supposed to cry, are they? And the Phantom sobs like a five-year-old basically from Music of the Night until the end of the final lair scene. And he is not afraid of it. He is not ashamed of it. It is what it is. And that is something that I really had to take on board and learn with myself. I don’t think, as a man, that there is anything stronger than being quite clear about how you feel.” When asked about how they feel, taking on such gargantuan roles, Picerno replies, “We’re part of a legacy. It’s a great responsibility.”

Images provided by The Phantom of the Opera World Tour

1
The Phantom of the Opera

Based on the classic novel Le Fantôme de L’Opéra by Gaston Leroux, The Phantom of the Opera is the second-longest- running show in London’s West End where it debuted in 1986, and remains the longest-running performance in America’s Broadway.

Do your friends know you as the ‘bag lady’? We