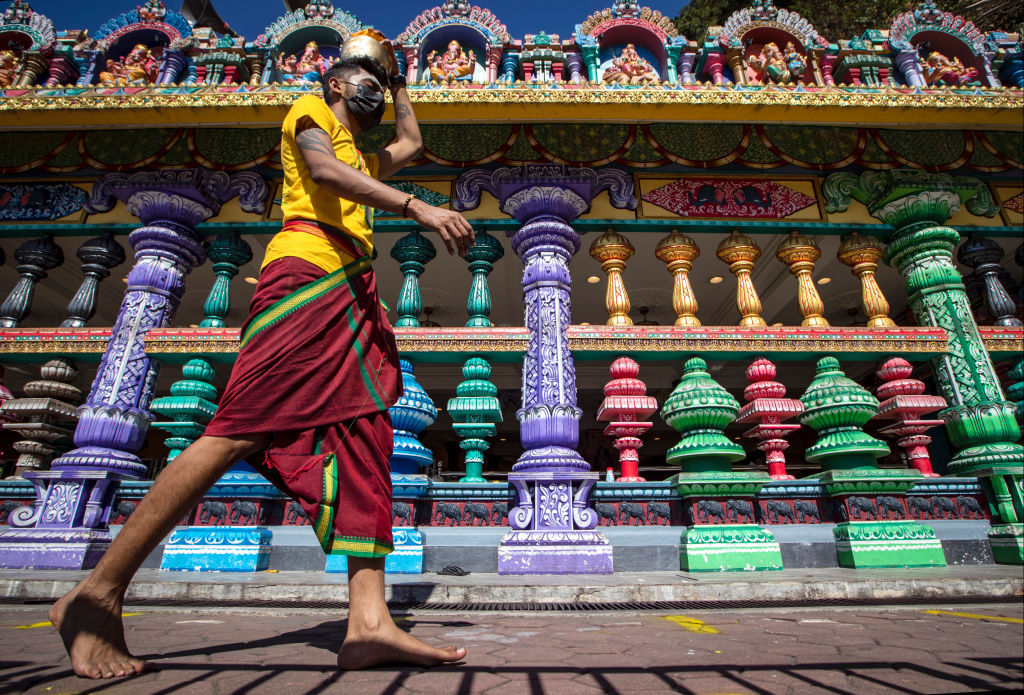 Pursuits
What is the significance of Thaipusam?
Share
Next article

Joining in Thaipusam celebrations is one of the top draws for tourists visiting Malaysia. But what exactly is the significance of this festival?

Extraordinarily colourful and feverishly celebrated, Thaipusam is an important Tamil-Hindu festival recurring annually. A portmanteau of the month of Thai and the star, Pusam, Thaipusam takes place on the full moon day in the Tamil month, typically in the month of January or February. In 2022, it falls on January 18.

Dedicated to Lord Murugan, Thaipusam is a time when worshippers seek repentance. Penance can be witnessed through acts of self-mortification in an elaborate ceremony, where men bear the kavadi, while women carry the paal kudam (milk pots).

Thaipusam is a public holiday in numerous states in Malaysia. It is observed with fervency, not only here but the world over where significant Tamil diasporas can be found.

Intense preparations for Thaipusam begin months in advance as devotees subject themselves to a strict ritual. Through a combination of fasting, dieting and praying, followers cleanse their minds and bodies of impurities, to condition themselves for the rigours of the ceremony.

Not for the faint-hearted, the most instantly recognisable form of sacrifice is the kavadi. Men pledge themselves to Lord Murugan by carrying the sacred apparatus – an altar of sorts – in a sacramental procession lasting several hours and a great distance.

The kavadi varies in size. It is customarily decorated with garlands and peacock feathers. But it is the manner in which the kavadi is attached onto a person – via a series of hooks and spears – that speaks of the person’s courage.

It is believed that Lord Murugan was bestowed with an invincible spear, or a vel, which he used successfully to overcome the demons. Accompanied by well-wishers and urged on with incessant chants in praise of the Lord, devotees begin their pilgrimage to the final destination in the morning of Thaipusam.

Men bearing the kavadi depart in groups, with their arrivals at the designated temple signifies the completion of their journey. The spectacle never fails to mesmerise. It is an experience to reminisce for any tourist for the years to come.

Historical streets of legendary Malaysians: Jalan Thamboosamy
People & Events
Penang is one of the world’s best travel destinations in 2022, according to CNN
Travel

Here’s where you can witness Thaipusam celebrations in Malaysia:

The Thaipusam procession in KL begins at the Sri Mahamariamman Temple – the oldest Hindu temple in KL – in the heart of the city and ends in Batu Caves.

Batu Caves houses numerous Hindu temples, a recreational cave, probably the most vivid flight of stairs anywhere in the world, and a mob of at-times intimidating macaques. The foot of the limestone outcrop is resplendently landmarked by the tallest Lord Murugan statue in the world. Standing at 42.7 metres, the golden commemoration of the Hindu deity is made from 1,550 cubic metres of concrete, 250 tonnes of steel bars and 300 litres of gold paint.

Pre-pandemic, Batu Caves welcomed over a million worshippers and tourists for the festival. The 272 rainbow steps leading up to the cave temple is an undertaking you can’t miss.

The Sri Mahamariamman Temple – the oldest Hindu temple in Penang – marks the beginning of the Thaipusam procession where it concludes at the Arulmigu Balathandayuthapani Temple. Having travelled through the historical streets of Georgetown, devotees are faced with the monumental assignment of scaling 513 steps to reach the magnificently ornamented sanctum at the summit.

Not exclusive to Tamils, believers from other ethnicities – especially the Chinese – seeking blessings from Lord Murugan also bear the kavadi. It is customary for devotees to break coconuts along the procession route.

Affectionately known as the Waterfall Hill Temple, the Arulmigu Balathandayuthapani Temple is said to be the largest Murugan temple outside India, spanning 70,000 square feet.

In Ipoh, Thaipusam celebrations starts with a procession at the Sri Maha Mariamman Temple in Buntong and ends at the Kallumalai Arulmigu Subramaniar Temple in Gunung Cheroh.

Built at the foot of Gunung Cheroh, the Kallumalai Arulmigu Subramaniar Temple stands next to Kinta River. According to Ipohgo.com, the original structure was erected within a limestone cavern. However, an ill-fated accident led to the eventual decision to construct the present structure away from the cave. Though less extravagant compared to Batu Caves, the Kallumalai Arulmigu Subramaniar Temple stays faithful to South Indian traditions. A peacock enclosure is located at the rear of the temple.