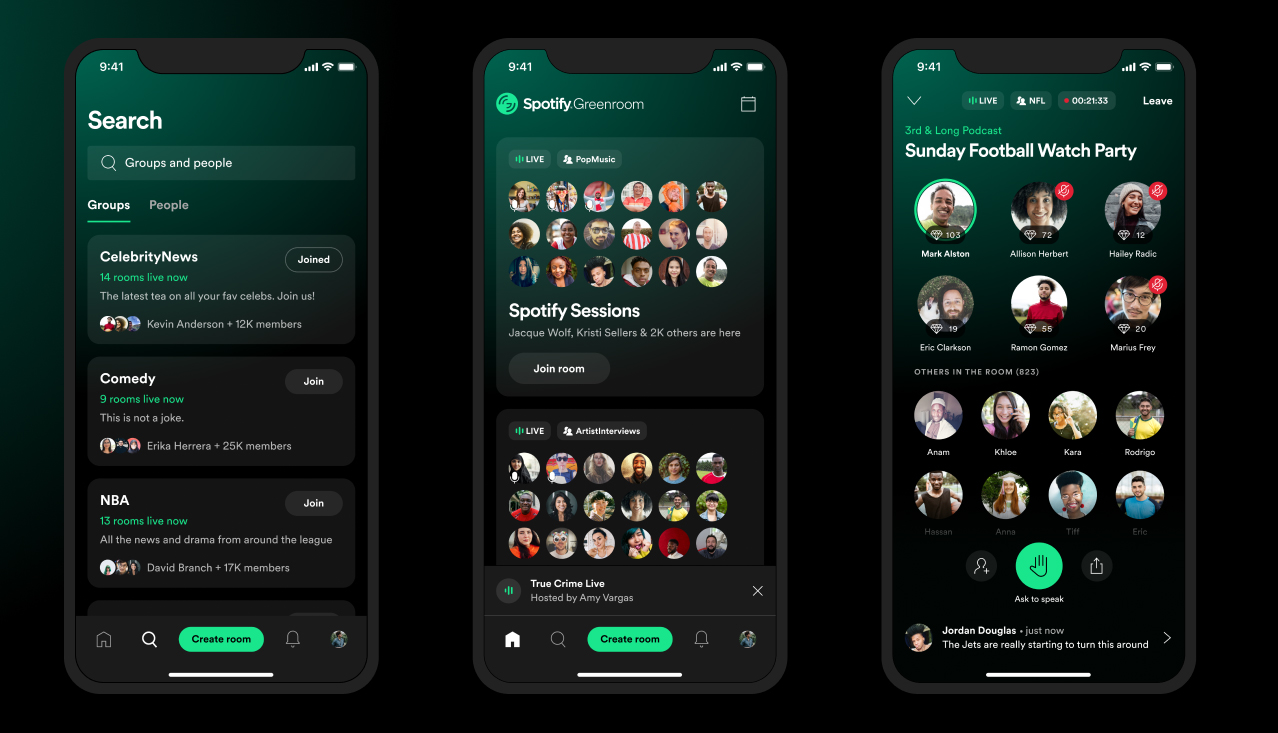 Greenroom allows users to join live discussions or to host their own. Spotify launched Greenroom after acquiring Betty Labs, the company behind the popular sports-focused audio platform Locker Room. Along with podcasts, social audio has taken off over the past year with the San Francisco-based Clubhouse leading the way.

Since December, Clubhouse has been downloaded over 18 million times, according to the site AppMagic.

Other tech giants have also jumped into the live audio sector with Twitter launching Spaces in December and Facebook hosting Live Audio Rooms. Questions remain, however, over the ability of the various platforms to monetize their content.

They will also have to compete with Discord, which has been offering live audio since 2015 and has more than 140 million users although it has been more focused on video game players.

Spotify has the advantage of already being an audio platform through its focus on music and, more recently, podcasts.