An affair of the arts: Insight into The Aliya & Farouk Collection

Pursuits
An affair of the arts: Insight into The Aliya & Farouk Collection
Share
Next article

The Aliya & Farouk Collection (The AFK Collection) is a definitive collection of the first generation of Malaysian contemporary artworks, spanning the early 1980s and the present day. Comprising 1,064 artworks across a wide range of media – including canvas, wood and ceramics – it is a living storybook of the nation’s journey towards maturation and modernisation, created by over 100 local artists. 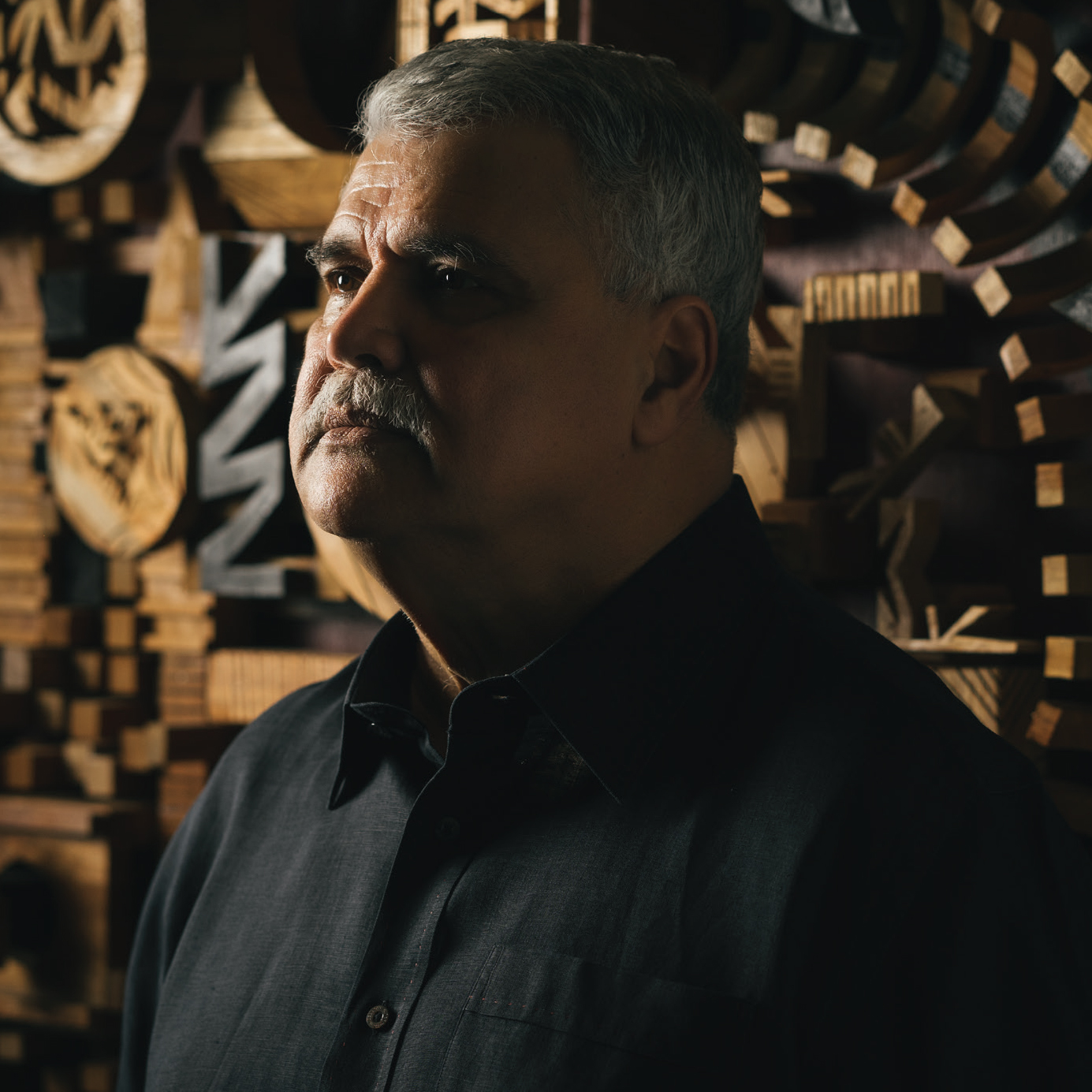 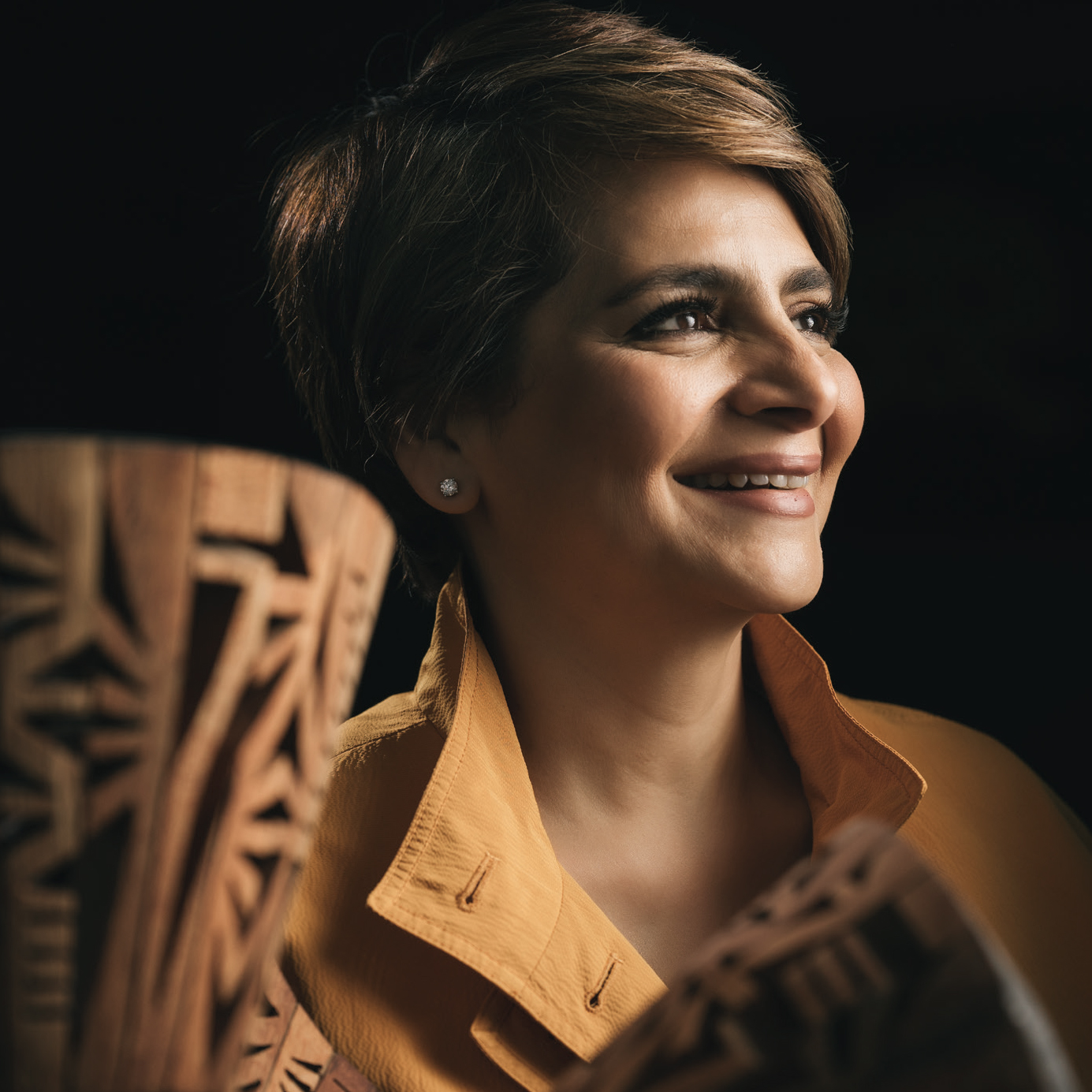 The private collection curated by Aliya and Farouk Khan has grown to be a family affair. Daughters Leila and Zena Khan share in their parents’ passion, serving as collections and administration manager and curator & social media manager respectively. Through the family’s combined efforts, the collection continues to grow while simultaneously being translated for digital delivery through The AFK Collection portal. In this interview, the couple opens up about what drew them to pioneer the largest collection of Malaysian contemporary art in the country.

“One of the main things about collecting is having access to the artists,” Farouk says while discussing the significance of the couple’s eponymous assemblage. “You are always able to unlock knowledge through the arts. That’s why they say that history is the study of the past and art is the study of the present. If you understand your movement, it gives you a macro picture of what is going on within society.”

What initially drew the couple to focus on curating Malaysian works, apart from the “very high quality,” as Aliya indicates, was the uniqueness of the Malaysian voice. “If you go to other countries, everybody’s making similar art and having similar conversations. But in Malaysia, it’s very different. Even if the artists are trying to have a similar conversation, their approach and styles are very different from each other.”

“The changes that were going on (in Malaysia) were reflected in the arts. From painting buffalos in paddy fields to highly developed artforms – by tracking these changes, you’re able to enjoy that growth even more,” Farouk comments, before Aliya chimes in, “you don’t have to buy all the arts, you just need to interact with it to be aware of what’s going on. We learnt a lot through the collection over what Malaysia’s about.”

The couple took an early interest in the works of Jalaini Abu Hassan, better known as Jai, who is known for his nostalgic viewpoint. Pointing to Jai’s Red Verandah (2001), Aliya shares the impact the artist’s paintings have had on her. “Just by sitting and looking at his works, they speak volumes of his identity as a Malay, of life growing up in the kampung and the things that happen there. You see a lot of local iconographies,” she says. Without these narratives, she adds, we will have no access to that kind of information. These lessons are particularly illuminating for the couple, with Aliya hailing from Pakistan, while Farouk was born in Singapore, having lived and worked there until 1995.

Committed to sharing their revelations of the nation’s growth and heritage, the couple launched The AFK Collection as an online repository in February. “We created a vast pool of visual imagery and intellectual content that can now be dispersed throughout the world,” Farouk says. The portal showcases the artists’ profiles and their works as well as information on exhibitions, catalogues and critical essays.

The digital gallery offers an unprecedented structure and organisation to the Malaysian contemporary art scene, which the couple acknowledges is crucial to elevate Malaysia’s standing in the global art sphere. “It’s important how you structure and present yourself and we realise the importance of this as we’ve travelled and talked to people,” Farouk says, while Aliya reveals that since the launch, they have received increased enquiries from international institutions – evidence that the website is working as intended.

Building the online portal comes a decade after the duo published a 931-page anthology of their collection, Malaysian Contemporary Art: Aliya & Farouk Khan Collection that chronicled the Malaysian art scene over a timespan of three decades in a 10kg tome. “We try to contribute something every year, whether a publication or an exhibition and every year we make it a point to hold one event. It keeps us in touch, relevant, and it provides knowledge and information. It’s a boost for the industry as well,” Farouk shares.

No ordinary curators and art lovers, the Khans have been heavily invested in the growth of the local art industry since they first forayed into the scene. “We held the first big exhibition from our collection called the Iskandar Malaysia Contemporary Art Show (IMCAS) and had a tremendous footfall at Danga City Mall,” Aliya recalls fondly. IMCAS 2009 was a critical juncture within Malaysian art, propelling several young artists to fame and engaging wide public interest in contemporary art. “The sixth floor was full of people, every day. We used to get buses coming from Singapore, so many students too.

There was even a Johorian taxi driver raving about the show to Malaysian artist Justin Lim while driving him there!” Aliya exclaims. The response heartened the couple, knowing that the Malaysian public is appreciative of the arts, as long as there are public institutions, museums and private bodies creating channels for them to show their support.

To fully appreciate the significance of the couple’s mission to normalise art as a core aspect of society, one needs only contrast the view with the reality of being an artist in East Malaysia. “Art thrives on patronage, so in that context, you can understand that Sabah and Sarawak are not as developed as Peninsular Malaysia,” Farouk explains while elaborating that even in the Peninsular, inequality exists. “The talent is there, but those who succeed in developing their talents do so when they move West. The East Coast must work on developing a patronage system. Otherwise, what happens is you see the conversion of fine arts into handicraft – which is like a crime!” When artists are unable to sustain themselves, they are forced to cater to the tourism industry through mass production.

“You must work towards the development of an ecosystem,” Farouk insists, speaking generally of the nation. “Every aspect of art is important, not just the artist creating the painting, but the person who hangs the work is important too,” Aliya adds to her husband’s point. Artists, writers, catalogue makers, printers, web designers, photographers, curators, the media, logistical technicians, lorry drivers – the pair are emphatic that every role is key to create the high-quality infrastructure to suit the level of art produced. Aliya maintains, “When you have good-quality events, it translates into the general economy. People come, with money to spend. You’ll have expensive hotels booked up along with fancy restaurants. Good shows encourage people to visit more and more – so art is very important.”