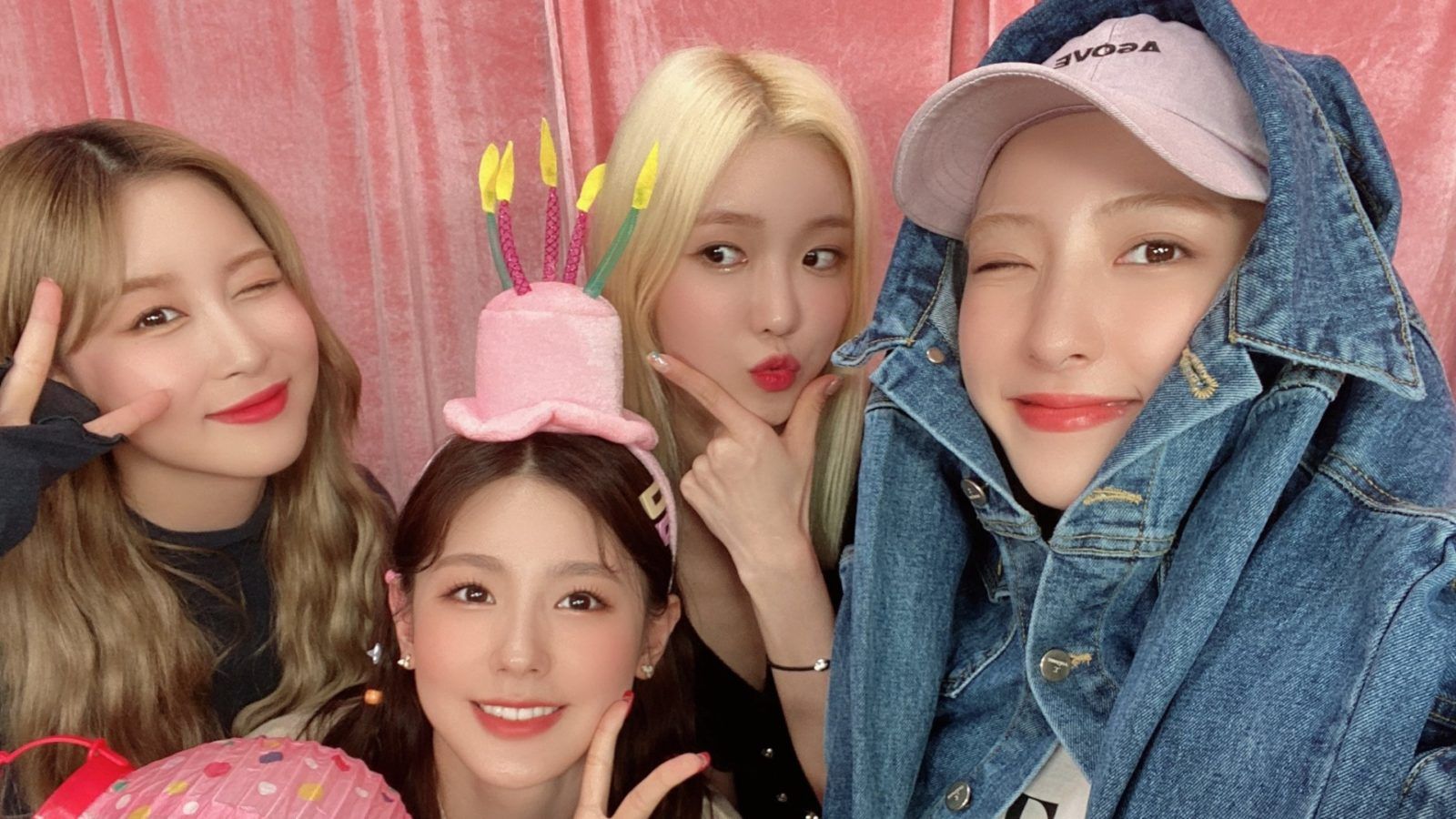 K-pop has really exploded in the local scene, known for its catchy tunes and vibrant music videos. It doesn’t matter if you’re Korean or not – K-pop has proved relatable and enjoyable worldwide.

‘Hallyu’, or the Korean wave, has driven the popularity of Korean pop, famously known as K-pop, to evolve into a global phenomenon.

Thanks to their diverse genres, synchronic choreography, strategic camera movements and spotlight-stealing fashion trends, their songs are no less than an audio-visual treat. While BTS and EXO are among the world’s most successful K-pop boy bands, Korean girl groups are now dominating the pop music scene with their high-octane performances and euphonious vocals.

Check out these 10 all-girl K-pop groups that have become a global phenomenon:

Debuted in August 2016, BLACKPINK is one of the most popular all-girl K-pop groups. The four-member South Korean pop group made history with the most first-day views of their 2018 single “Ddu-Du Ddu-Du” from their mini-album Square Up under the label YG Entertainment.

The members of the quartet, Jisoo, Jennie, Rosé and Lisa, are also popular for their style and have been dubbed as fashion icons. While all of them can sing, Jennie and Lisa are rappers lending a unique edge to the band’s overall upbeat vibe. The fans of this K-pop group are known as Blinks.

BLACKPINK songs are also a visual treat featuring glamorous outfits, impeccable choreography and outstanding concepts. With over one million copies sold in the world, it is the best-selling K-pop girl group of all time.

The multilingual group also collaborated with Dua Lipa for the song “Kiss and Make Up”. Their latest song “How You Like That” ranks No. 1 on Billboard’s World Digital Song Sales. In 2019, BLACKPINK is the first K-pop girl group to perform at Coachella.

The girl group also has a reality show called the BLACKPINK House which follows the singers carrying on with their daily lives.

TWICE gained popularity with their 2016 hit single “Cheer Up” from their mini-album Page Two, which also won Best Female Group and Song of the Year awards at the 2016 Mnet Asian Music Awards.

One of the best K-pop girl groups, the band is renowned for its striking fashion outfits, seamless and synchronised choreography.

The eight-member all-girl K-pop group was launched in August 2007 under the label SM Entertainment. Also known as SNSD, the members include Taeyeon, Sunny, Tiffany, Hyoyeon, Yuri, Sooyoung, YoonA and Seohyun.

Girls’ Generation has been credited for the Hallyu wave long before bands like BLACKPINK came into existence. The group’s catchy singles “Gee”, “The Boys” and “Oh!” have over 100 million views on YouTube.

Their song “Into The New World” was dubbed a protest song and got featured in many women’s rights protests, including Me Too campaigns and LGBTQ+ demonstrations. The group recently reunited on the show named You Quiz on the Block that aired on tVN on 1 September 2021.

Consisting of four members — Solar, Moonbyul, Wheein and Hwasa — the all-girl group came into existence in 2014 under the label RWB.

The K-pop quartet is known for its expertise in different genres — jazz, R&B, ballad and pop, apart from their playful fashion statements.

The group is managed by SM Entertainment and has released two studio albums so far. The official name of their fan club is ReVeLuv.

Irene is the lead vocalist and the eldest in the group who also acted in the hit series Game Development Girls and the group is known for its chartbuster songs, including R&B track “Velvet” and dance-pop “Red”.

Pronounced as ‘idle’ or ‘idol’, this all-girl K-pop group started with six members in 2018 by Cube Entertainment. The five members of the troupe — Miyeon, Minnie, Soyeon, Yuqi and Shuhua — made it big with their debut track “Latata”.

The song enjoyed a No. 4 spot on Billboard’s World Digital Song Sales and was No. 5 on World Albums, making them the sixth all-girl K-pop band to dominate Billboard World Charts in the first go.

Their latest mini-album I-Burn was released in January this year with one of the most coveted songs “Hwaa”, opening at No. 17 spot on Billboard K-Pop 100. It went on to make (G)I-dle one of the leading all-girl groups in K-pop.

The five-member K-pop girl troupe debuted on Billboard 200 Chart and Rolling Stone’s Top 200 with their latest release “Guess Who” in April 2021.

ITZY’s latest English album titled Not Shy released in January 2021 features hit tracks like “Wannabe”, “Icy”, “Dalla Dalla” and the title track “Not Shy”, which also won one of the best K-pop numbers of 2020 by Time magazine.

They are one of the top all-girl groups of K-pop who gained popularity for their upbeat bubblegum pop style and carefree choreography.

Apink’s single “Mr. Chu” from the 2014 album Pink Blossom marked the first appearance on Billboard’s World Digital Songs Sales. Their best-selling song in the US is “NoNoNo” from their 2013 mini-album Secret Garden.

Dreamcatcher has a huge international fandom. They are the first all-girl K-pop group to lead Billboard’s Next Big Sound Chart in February 2021.

One of the best K-pop girl groups, the group is known for telling ‘dystopian’ stories through impactful visuals and uniquely stylised choreography.

Formerly known as the five-piece group MINX, the band was re-debuted with seven members — JiU, SuA, Siyeon, Handong, Yoohyeon, Dami and Gahyeon — in January 2017. Named Dreamcatcher, they dropped their first album Nightmare and its title track “Chase Me”.

The band stands out for its prolific performances and synthpop music style that shows resemblances to that of Evanescence.

The versatile K-pop septet is the most popular for its videos with well-timed transitions and experimental hair as well as makeup styles.

Their latest eponymous album Dear OHMYGIRL, released in May 2021, features the breakthrough song “Dun Dun Dance” that nabbed the No. 2 spot on Billboard’s K-Pop 100 in June 2021.

The newest phenomenon in K-pop acts is the seven-member all-girl group which made its explosive debut in February 2021 with the album TRI.BE Da Loca and released two singles “Doom Doom Ta” and “Loca”.

The band’s name is inspired by the words ‘triangle and being’. It is pronounced as ‘try-be’, and “We are perfect as we are” is their slogan. The multilingual band members are known for their energetic performances and preppy videos. Currently, they can also be seen in their first reality series Let’s Try! be on Studio Lululala’s YouTube.