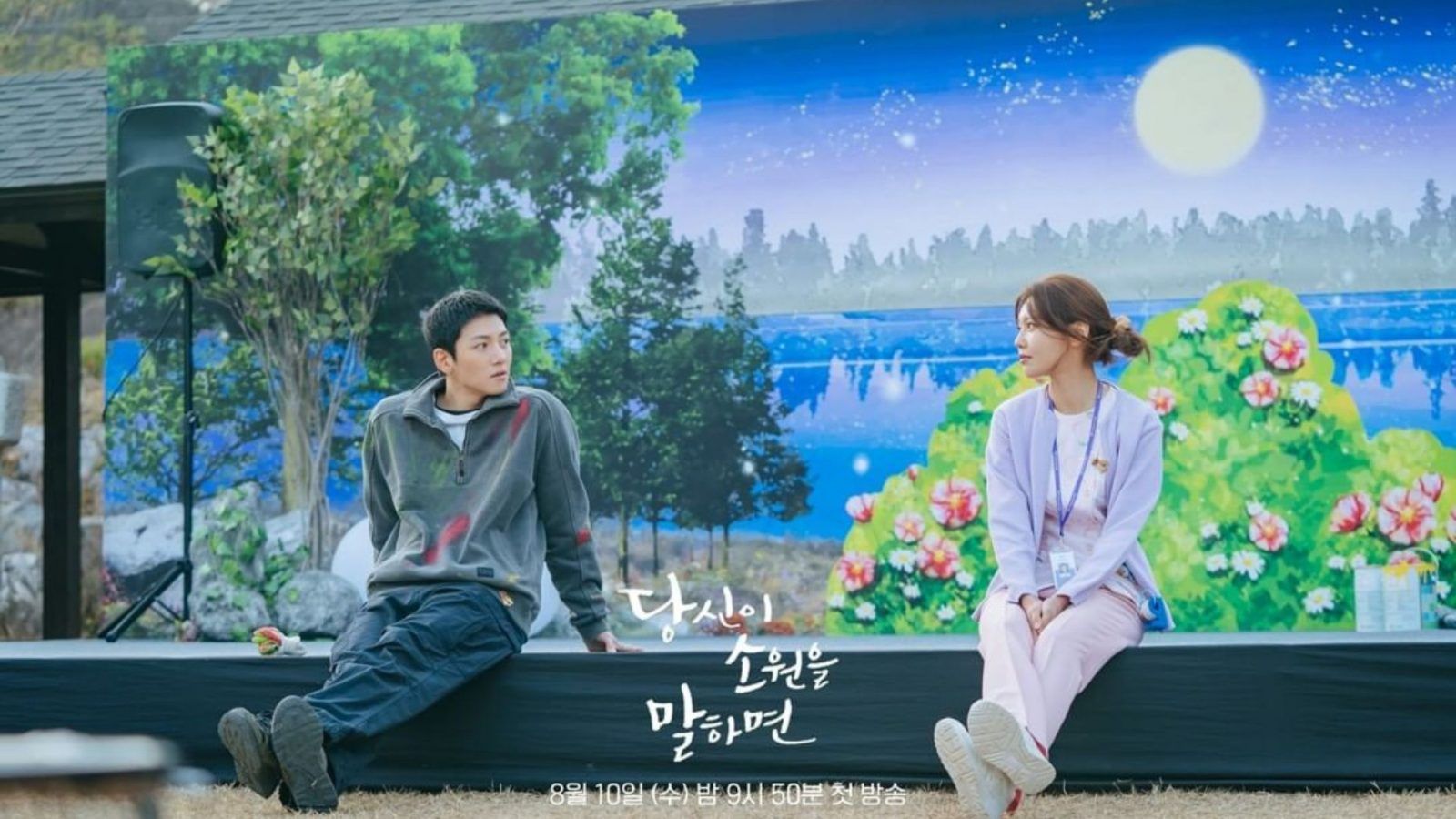 Looking for new K-dramas to watch in August 2022?

Owing to the various genres they are based on and featuring a swoon-worthy cast, Korean dramas have garnered immense popularity over recent years. While July saw interesting releases, there are some equally good new K-dramas to watch in August 2022.

While titles like Dear X Who Doesn’t Love Me, Today’s Webtoon and Big Mouth dominated the OTT platforms and screens last month, shows like A Model Family and Little Women are going to make August quite a binge-worthy month.

Additionally, Netflix is going to release its first K-drama film — an action thriller titled Carter — which stars Joo Won, Sung-Jae Lee, Kim Bo-Min and Jeong Sori. With a Mission: Impossible-like theme, the airplane stunts of this film are sure to remind you of Agent Ethan Hunt, the character portrayed by American actor Tom Cruise.

With so much to look forward to, we have rounded up some of the new and upcoming K-dramas series to watch in August 2022.

Here are the best new K-dramas releasing in August 2022

Based on an eponymous novel, the Korean drama is directed by Park Won-kook and is slated to air on the South Korean cable network tvN.

The drama comedy series chronicles the journey of Yoo Se-poong (Kim Min-jae) who is a former physician to a Royal family. Upon losing his job, he travels to the beautiful Gyesu Village, where he befriends a widow named Seo Eun-woo (Kim Hyang-gi) and a peculiar teacher named Gye Ji-han (Kim Sang-kyung). Residing in this village, Yoo realises his true aim in life and begins to help people heal their hearts.

Other characters portrayed by actors like Ahn Chang-hwan of the Hospital Playlist (2020–2021) fame and Yu Seong-ju, who appeared in Squid Game (2021– ), and the way the story progresses make it a loved watch.

If You Wish Upon Me

One of the most heart-wrenching Korean dramas, If You Wish Upon Me draws inspiration from a real-life organisation in The Netherlands, which offers help to take care and fulfil the last wishes of terminal cancer patients who are in the last leg of their lives.

The series, directed by Kim Young-wan, revolves around the journey of Yoon Gyeo-rae (Ji Chang Wook) who has had a difficult childhood and has been in and out of orphanages, detention centres, as well as prison. When he volunteers to offer service at this hospice, he befriends nurse Seo Yeon-joo (Sooyoung) and co-worker Kang Tae-Shik (Sung Dong-il). When Seo asks a sad and pensive Yoon whether he has ever been happy, the latter looks back upon his past and realises that he hasn’t experienced joy and happiness and wishes to lead a happy life like everyone else.

According to an NME report, the Korean drama, also known as Tell Me Your Wish, will be made available on the Viu streaming app after its South Korea release.

One of the much-awaited K-dramas, A Model Family is a crime thriller, which follows the predicaments of a family on the verge of divorce and bankruptcy. At such a juncture when Dong-Ha (Jung Woo), an ordinary man, comes across a car loaded with cash, the family find themselves in danger after they encounter a drug cartel.

The Korean drama on Netflix is expected to tick all the right boxes in terms of suspense, tight plotline and performance by the cast.

Also known as Ants Are Riding, the financial business satire is directed by Choi Ji-Young and features a stellar cast with an intriguing plot. The story revolves around five financial investors who meet at an unusual stock exchange gathering and go on to explore business, love, friendship and life while trading.

Some of the characters in the K-drama include Yoo Mi-Seo (Han Ji-Eun), a soon-to-be-wedded bride who has recently started investing in the stock market but has lost a lot of money, and Choi Sun-Woo (Hong Jong-Hyun), a 33-year-old part-time worker at a Korean convenience store during the day but interestingly, is seen driving a luxurious imported car at night.

They are joined by Kang San (Jung Moon-Sung), a part-time happy-go-lucky worker who doesn’t think much about success or money; Jung Haeng-Ja (Kim Sun-Young), a busy restaurateur and Kim Jin-Bae (Jang Gwang), who started investing stock to earn a few extra bucks after retirement.

The Korean drama gives a peek into the real-world stock exchange and the lives of those who trade in shares.

Starring Kim Go Eun, Nam Ji-Hyun, Park Ji Hoo, Wi Ha Joon (of Squid Game fame) and Uhm Ji Won in lead roles, this K-drama is an adaptation of Louisa May Alcott’s famous English novel of the same name. Though the storyline is set in the 1800s, this upcoming show is set in modern-day Korea and is the first time that Little Women has been adapted into a Korean drama.

The story revolves around the lives of three sisters — Oh In Joo (Kim Go Eun), Oh In Kyung (Nam Ji-Hyun) and Oh In Hye (Park Ji Hoo) — who grew up in abject poverty and share a very close relationship. The three have different ambitions and pursuits but come to a junction where their lives are wrecked by an unforeseen incident, which pits them against one of the most influential families.

One of the highly awaited Korean dramas, Little Women is slated to air on Netflix.

Love According to Law

Also known as The Law Cafe and Love by Law, this is one of the highly anticipated K-dramas which blends a sweet love story into a legal drama quite seamlessly. Directed by Lee Eun-Jin, the 16-part series is a KBS2 drama, which casts Lee Seung-Gi as Kim Jung-Ho and Lee Se-Young as Kim Yoo-Ri as the protagonists.

Kim Jung-Ho is a former law practitioner who quit his job after his father’s scandals were revealed. He lives on the rooftop of a building, which is let out to tenants, and sustains himself by the rent he collects.

On the other hand, Kim Yoo-Ri is also a legal practitioner who has vowed to remain single. She opens a ‘law cafe’, which is a place to socialise and get legal assistance. The story revolving around the landlord, Kim Yoo-Ri and the working of the café is what makes it one of the awaited K-dramas releasing in August 2022.