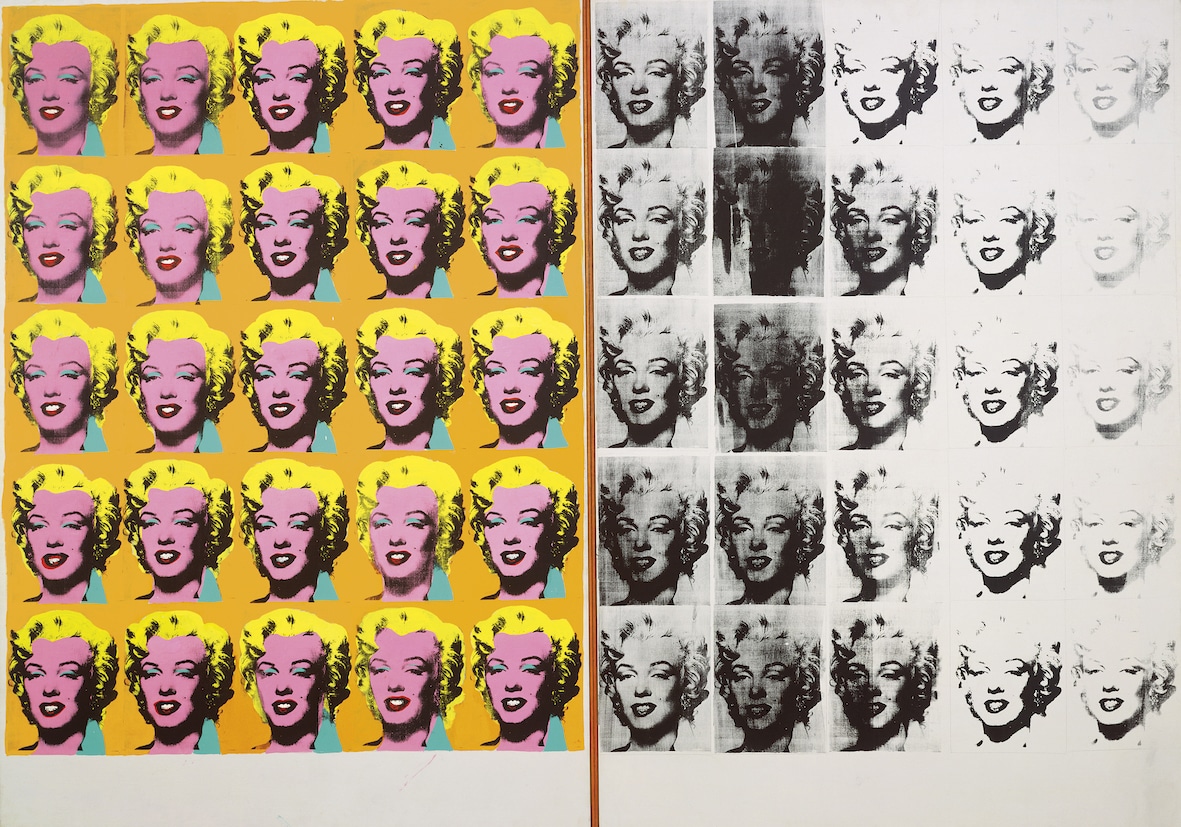 Why We’re All Still Living in Warhol’s World

More than 30 years after his death, Andy Warhol is arguable as relevant and influential an artist and cultural touchstone as ever. So there’s no time like the present — Hong Kong Arts Month — to explore the artist’s life and work.

When the Whitney Museum of American Art opened its retrospective on Andy Warhol last November, it was the first time in three decades that an American institution had taken such a comprehensive look at one of the country’s most renowned artists.

“It seemed wildly overdue,” says Donna De Salvo, the museum’s chief curator. Although there have been smaller exhibitions over the years, and a retrospective at the Tate Modern in 2002, no major shows have been staged on the artist’s home soil since the Museum of Modern Art’s retrospective in 1989, two years after Warhol’s unexpected death following gallbladder surgery.

“There’s a perception that we know everything about Warhol,” and that may be one reason why so many years had passed without a close look, says De Salvo. She set out to prove otherwise. “I think Warhol is complicated.”

More than that: Warhol is influential. Very influential. “Warhol didn’t make a mark on American culture,” wrote art critic Peter Schjeldahl when the Whitney show opened. “He became the instrument with which American culture designated itself.” Warhol turned the culture of mass media inside out, creating prints, paintings, films, installations and performances that broke down the line between fine and commercial art, representation and reality, authentic and artificial. He was the original YouTuber, the original Instagrammer, the first viral artist-celebrity.

“If you speak about the larger culture, Warhol was prophetic in the way he used all manners of distribution, and in making himself a star to brand himself,” says De Salvo. “Now you have agency, you can create your own image, and Warhol never shied away from that. I’ve heard people say he was the Facebook of his era.”

Warhol was born in 1928 to Slovakian parents in Pittsburgh, an industrial city whose steep hills and valleys were choked by a constant haze of coal smoke. He was a sickly child but a gifted artist, taking after his mother, Julia, whose drawings and embroidery decorated the family home. After earning a degree in pictorial design in 1949, he moved to New York and launched himself into the world of advertising and magazine illustration. He distinguished himself with his work for shoe manufacturer Israel Miller, creating whimsical drawings that he eventually began to reproduce and modify en masse.

Around the same time, Warhol was drawing homoerotic sketches of cross-dressed male friends and making his own personal shoe drawings dedicated to the celebrities Warhol admired, including Truman Capote and Elvis Presley. Although these early works were overlooked until well after Warhol became famous, they planted the seeds of an important part of his later practice: the “queering” of things that represented mainstream American culture. “[He] questioned their validity, revealed their contradictions, turned them inside out,” notes critic Holland Cotter.

In the late 1950s, Warhol abandoned his career as a commercial artist and began exhibiting in galleries. But he maintained the techniques that had bolstered his commercial work, mass-producing silk-screen prints of Campbell’s soup cans and Coke bottles. It was art that flew in the face of the era’s dominant genre, abstract expressionism, which earnestly channelled the artist’s emotions on to canvas. Warhol’s work was wry and detached, befitting his perspective as a perpetual outsider — a gay, Catholic child of immigrants.

The 1960s saw Warhol become the artist that most people still recognise today. His succession of New York studios, all named the Factory, became a magnet for scenesters, drifters, artists, radicals and anyone drawn into the vortex of Warhol’s unlikely charisma. “The Factory was like a medieval court of lunatics,” recalled Mary Woronov, one of the many people in Warhol’s entourage who went on to become a “Warhol superstar” thanks to their time in the Factory. Warhol filmed them, made art with them and used them to cultivate his own beguiling persona. Although the Factory mass- produced physical art works — “It wasn’t called the Factory for nothing,” remarked musician John Cale — it was also an ongoing piece of performance art.

The mystique of the Factory contributed to Warhol’s allure, but so did his distinctive silk-screen portraits of public figures like Marilyn Monroe, Richard Nixon and — perhaps most famously — Chairman Mao. The prints exploded the myth of originality, of the artist as a genius hero, and embraced the potential of mass media, channelling Marshall McLuhan’s 1964 observation that “the medium is the message” into his work. “I think that Warhol understood something about mediated culture and used the silk screen as a way to convey that,” says de Salvo. “It’s where the form and content come together.” The meaning of Warhol’s prints is found in their repetition and ubiquity.

Warhol was fascinated by the American mass media, but he was also captivated by the repetitive iconography of totalitarianism. In 1982, Warhol was invited to Hong Kong by entrepreneur Alfred Siu, who’d commissioned portraits of Prince Charles and Princess Diana to hang in his new nightclub. When he arrived, Siu surprised him with a three-day excursion to Beijing, which had only recently opened to the outside world after three decades of Mao-induced isolation. Warhol was fascinated by the abundance of Mao imagery, along with the lookalike Mao suits worn by most people. “He was all about multiples, and at the time China was the ultimate multiple,” recalled Warhol’s personal photographer, Christopher Makos.

Warhol continued making prints and celebrity portraits in the 1980s — including the series of Polaroid photographs showing at Bastian gallery’s London space until April 13 — but he also hosted a television talk show and began painting, further blurring the line between the hand-made and the mass-produced, the genuine and the fake. Warhol’s work was evolving in fascinating directions but, ironically, his popularity was on the wane, at least at home. “His career was being supported by sales in Europe, not in the US,” says De Salvo, who worked with him on a gallery show just before his death.

Things have changed in the three decades since then. Contemporary art has become more Warholian than ever, with artists such as Jeff Koons, Damien Hirst and Takashi Murakami tapping into the ethos of his work to become celebrities much in the same way Warhol was. And everyday life itself now looks more and more like the kind of world that Warhol built for himself: relentlessly documented, filtered and promoted.

“He wanted to see how far you could push a photograph or a drawing or a painting and still have it called that,” says De Salvo. “That is an ultimate meaning for an artist today. Now we don’t even think twice if we have an artist who works as a sculptor but also in virtual reality. They avail themselves of new technology, and that’s what Warhol did.”

In many ways, Warhol seems more relevant today than ever before. “The response to the exhibition has been overwhelming,” says De Salvo. “It’s such an array of people that are coming. A lot of kids. I think there’s an acceptance of Warhol’s work in perhaps a way there wasn’t in the past. There’s a new generation for Warhol that comes at [his work] through the lens of digital culture.” Thirty-two years after his death, we are all living in Warhol’s world now.

Sign up to get the latest luxury and lifestyle news delivered to your inbox.
Christopher Dewolf
ART

Have you had a taste of Nespresso’s first season

It’s official, @LouisVuitton is to become the Tr

Famed for displaying contemporary and 20th-century

A gentle reminder that better days are coming. ✨