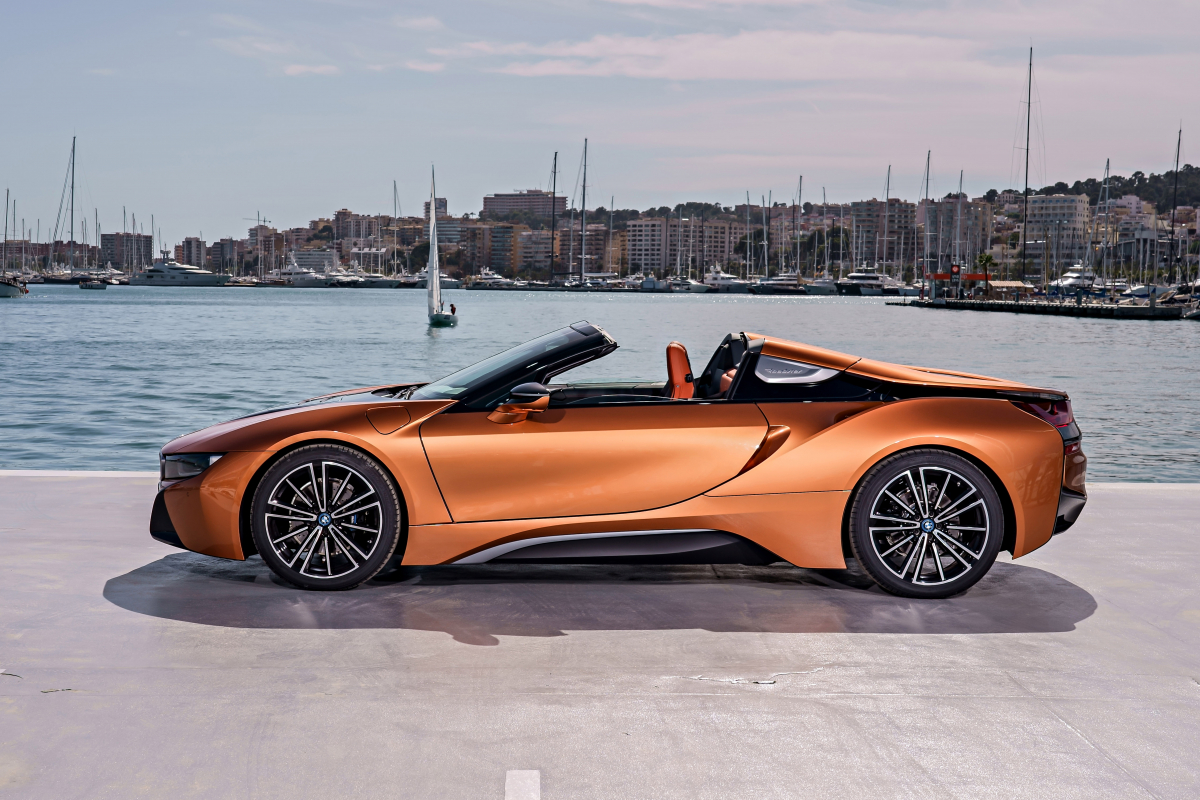 Is the BMW i8 Roadster the new automotive icon?

Pursuits
editorial
Sign up to get the latest luxury and lifestyle news delivered to your inbox.

Pursuits
Is the BMW i8 Roadster the new automotive icon?
Share
Next article

The first time I laid my eyes on the BMW i8, like most people, was when I was watching Mission Impossible: Ghost Protocol. The movie to me was fast paced and action packed. Tom Cruise, famous for performing his own stunts, went about in another round of 101 Ways You Could Die a Gruesome Death, a game he could probably write the manual on. Yet, when the scene where the BMW i8 first appeared came on, not only it was as if the movie had slowed down, so did my whole world. To say the car was breathtaking was an understatement.

Today, the BMW i8 still has an aesthetic that many would call ahead of its time – an impressive feat considering the design has been around since the year 2009 – and that’s taking away the fact that prior to the unveiling of the concept car, the design had already been on the blueprint for who knows how long.

Following the release of the BMW i8 Coupé which BMW dubbed the New Generation of a Vision, BMW Malaysia recently introduced the icon of a new era: the first-ever BMW i8 Roadster. Carrying over the BMW i design language to a distinctive vehicle, the first-ever BMW i8 Roadster allows for a broad roof that retracts fully into the rear end of the vehicle. Able to be initiated at a travelling speed of up to 50 km/h, the 15-second process of either closing or opening the roof enables the optimum driving experience. Featuring a brand new LifeDrive vehicle architecture which results in a horizontally split structure comprising an aluminium chassis and a carbon fibre-reinforced polymer (CFRP) passenger cell, the first-ever BMW i8 Roadster offers the utmost degree of design freedom.

Weighing a measly 1,595kg, the exceptional lightness of the vehicle is due largely to the CFRP from which the frameless gullwing doors and windscreen are made from. Besides that, the side skirts are also crafted from CFRP, allowing for an overall saving on weight. Accelerating from 0 to 100 km/h in just 4.6 seconds, the first-ever BMW i8 Roadster brings with it the groundbreaking BMW eDrive technology and optimised intelligent energy management, thus leading to the electric motor being solely responsible for increased driving situations.

The first-ever BMW i8 Roadster further reaffirms BMW Malaysia’s leadership in Electro Mobility, with the brand taking strides in propelling e-mobility. Committed to Visionary Mobility and Electro Mobility, this dedication was for all to see when the automotive group collaborated with FLYPROJECT in organising Malaysia’s largest outdoor FlyCycle class in an effort to create awareness on both Visionary Mobility and Electro Mobility with the new generation of a vision – the BMW i8 Coupé – as the backdrop. The BMW i8 Coupé was introduced to the Malaysian market approximately a month before the first-ever BMW i8 Roadster.

Further details on the first-ever BMW i8 Roadster, visit www.bmw.com.my/i8-roadster

Expectation: riding along the coast on a Vespa 946

@virgilabloh has dropped his first and highly anti

Can you guess which famous movie this home feature

@MyThinkCity conducted the You OK or Not During MC