Chrissy Teigen got a Singapore-made birthday gift from John Legend 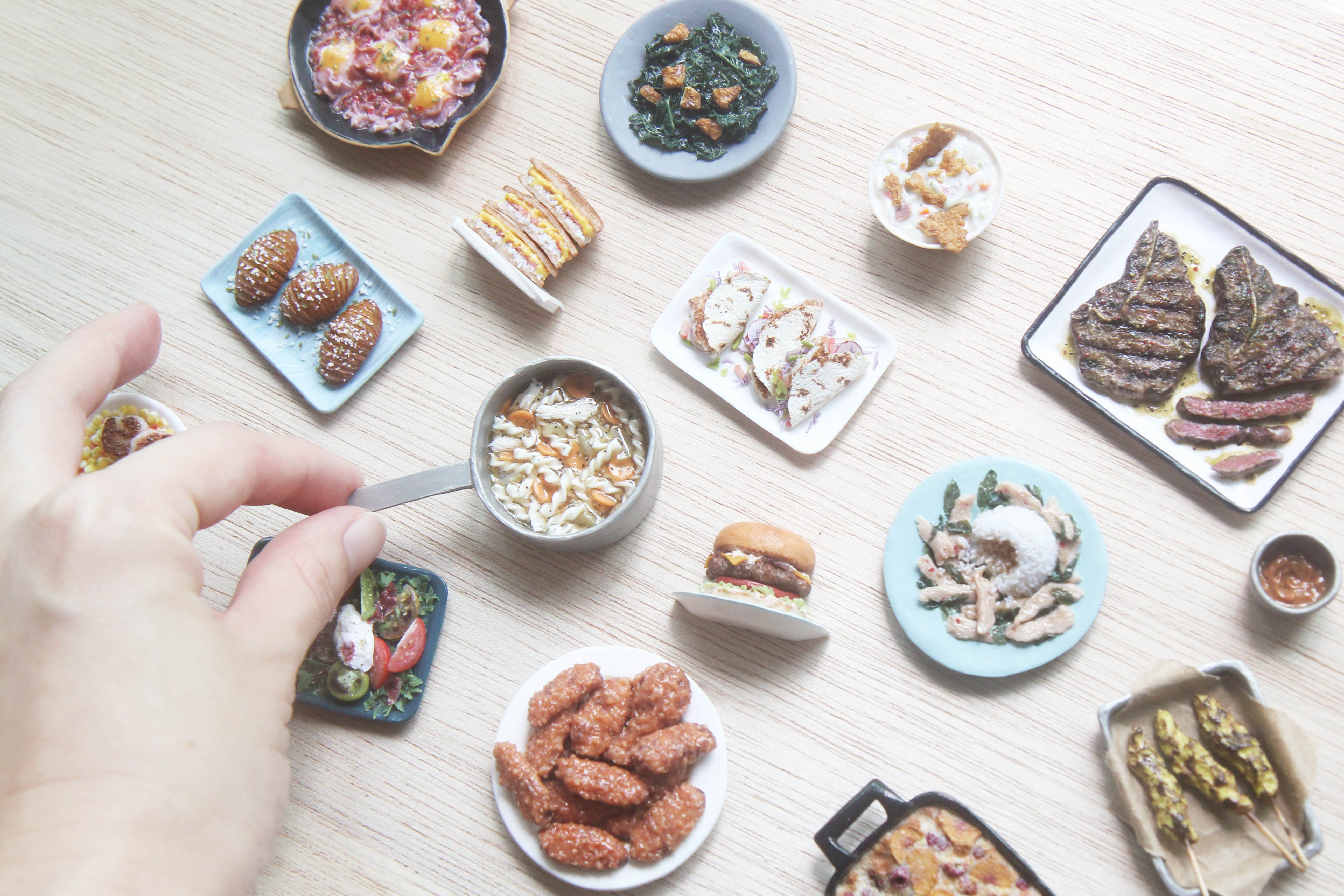 In August 2017, Jocelyn Teo received news she couldn’t wait to tell the whole world. Sadly, she had to keep it a secret. That is until most recently, when the floodgates were opened via an enduring Snapchat video posted by Chrissy Teigen on her birthday.

It was then revealed that Teo has been untiringly handcrafting 15 miniature food replicas of dishes from Teigen’s cookbook, Cravings, meant as a gift for the American model’s 32nd birthday. Teo worked for four months without squeaking a single word to the paparazzi or press. She did however share her excitement with close friends and family. The 30-year-old Singaporean told us “I had to warn everyone to keep it hush-hush and not to mention anything on any social media platform as well! Thankfully, everyone kept the secret well.”

Teo was approached by Grammy Award winner John Legend, who married Chrissy Teigen in 2013, to create tiny realistic chow as his wife’s birthday gift. They spoke on Skype and she found out that Teigen’s obsessed with miniature food and introduced AiClay, Teo’s mini-food-making business, to Legend. The ‘All of Me’ singer then couriered Cravings over from Los Angeles and Teo was given free rein to choose the dishes she wanted to make.

When completed, the miniatures were carefully packed before being shipped over to the US. The shipping fees, along with duties and insurance, apparently cost S$400. Asked what the total commission of the project was, Teo declined to answer. She will share which dish from Teigen’s cookbook she loved sculpting the most though. “I loved making the tiny corn kernels for the scallop dish, as the bright yellow colours were cheery plus the repetitive steps were quite therapeutic for me.”

Jocelyn Teo loves food. She even tried making Teigen’s recipes in real life. The artist, who uses clay as her main medium, only creates miniature food replicas and never figurines of other things. “I decided to focus on food replicas because I am very much in love with food, and the aesthetics of it all. With the increasing popularity of food photography and social media in the past few years, there has been a great focus on the aesthetics of food, not just the taste and smell. It goes down to the plating and the colours used. So, it is quite a magical experience for me to be able to downsize the food dish and capture it permanently.”