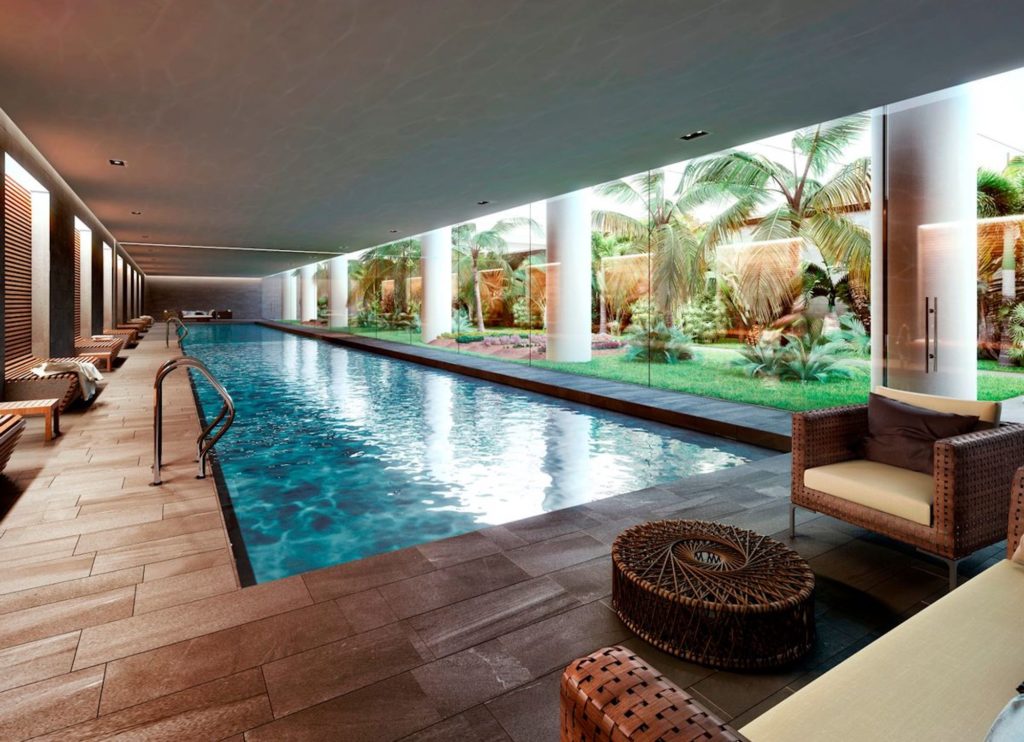 And for the richest in the world, it basically was.

‘Billionaire bunkers’: inscrutable edifices built by the one percent in order to wait out war, natural disasters, or, in 2020, a certain global respiratory infection called the Coronavirus.

Over the last decade, the ultra-rich have become increasingly paranoid about the advent of such cataclysms; and with a limitless supply of capital and ever-dwindling array of meaningful investment options, there’s more interest around a state-of-the-art luxury bunker than you’d initially think.

Here are three of the most insane examples: far from the dank, slightly bleak vibe of National Geographic’s Doomsday Preppers or the fallout shelters from cinema and video games; these allegedly indestructible structures all come equipped with pools, private cinemas and much, much more. Marketed as a “modern day Noah’s Ark”, the Europa One compound is California-based Vivos Group’s answer to the quintessential continental holiday home — notwithstanding a few, shall we say, upgrades. For starters, the whole structure is carved out of solid bedrock; beneath a 400-foot mountain in the free state of Thuringia (Germany). At the time Vivos originally earmarked it for modernisation, it had been a Soviet military cache — used to store Red Army munitions during the Cold War. When buyers acquire one of the Europa One bunkers (private apartments from €2 million, approx. HK$16,782,900), the typical ‘starter kit’ involves a 2,500 sq.ft. residence spread across two floors; and access to a variety of communal facilities such as a chapel and pub. Factored in to the cost of purchasing one of these modest, subterranean fiefdoms is a full-time coterie of staff and security personnel. Whereas a majority of the existing billionaire bunkers around the globe enable multiple wealthy families to clump together (strength in numbers everyone!), The Oppidum is a strictly ‘sole owner’ proposition. Perfect for social distancing in the Coronavirus pandemic. And when it comes to apocalypse-proofing, it boasts some pretty mean credentials. Originally developed as a joint military installation between Czechoslovakia and the former Soviet Union, construction began in 1984. This massive, fortress-esque compound was built (in theory) to withstand manmade disasters and nuclear attack — it was the 80s, after all — but underwent extensive beautification in 2013. The price is only disclosed to serious buyers, but the lucky owner can expect what’s allegedly the ‘largest billionaire bunker in the world’ (77,000 sq ft) to be accompanied by a subterranean garden (with artificial lighting to mimic natural sunlight), lap pool, spa facilities and wine cellar. Clearly, the remodellers had their priorities in order. Given the highly specific proclivities of the ultra-rich, there’s even an underground bunker that could make Ernst Stavro Blofeld jealous. Said to be “at an undisclosed location in Wichita, Kansas,” the Survival Condo is a 15-storey facility that is built into a decommissioned Atlas missile silo. (For all you military nuts out there, that’s the first ever intercontinental projectile developed for the US Air Force). Survival Condo CEO Larry Hall describes it as “true relaxation for the ultra-wealthy,” replete with all the classic bells and whistles you’d expect, from pool and spa to Kohler bath and kitchen amenities in each unit. The project is designed to sustain 75 people comfortably for more than five years, and prices start from US$1.5 million for half-floor units at 920 sq.ft.

In a slightly unnerving twist — the mechanics of which seem tenuous at best — under a ‘crisis scenario’, the Survival Condo’s board of directors may restrict a resident’s ability to leave the bunker without first securing permission. Remain indoors — it’s for your own safety.

This article was first published on Luxe Living Asia