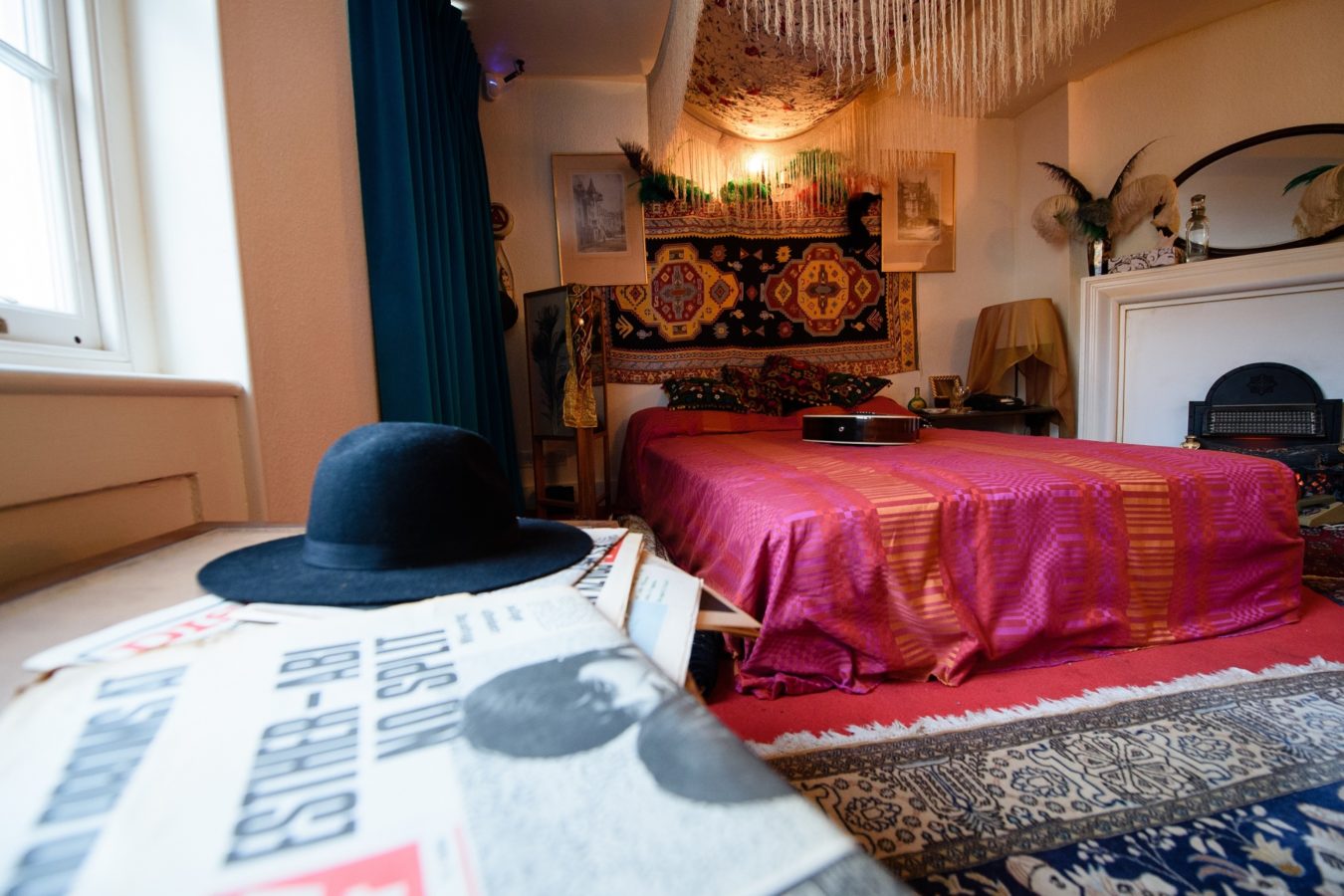 Bohemian chic: Life of the late Jimi Hendrix at his London apartment

Pursuits
Bohemian chic: Life of the late Jimi Hendrix at his London apartment
Share
Next article

His flat at 23 Brook Street, in the Mayfair area of central London, is now a museum — and besides his musical legacy is one of the few tangible reminders of his life in the city.

The legendary guitarist, famous for tracks including “Hey Joe”, “Purple Haze” and his cover of Bob Dylan’s “All Along the Watchtower”, lived at the address between 1968 and 1969. He considered it his first “real home”, explained Hendrix specialist Christian Lloyd, from Canada’s Queen’s University in Kingston, Ontario.

Even now, it’s considered the Seattle-born singer-songwriter’s only recognised residence.

But at the time, a plaque commemorating the German Baroque-era composer was located between the two buildings, prompting Hendrix to believe he was living at the same house. At one point, Hendrix even thought he saw Handel’s ghost in a mirror, said Lloyd.

Hendrix lived at the flat with his then-girlfriend Kathy Etchingham, who described the difficulties in finding a place for the star.

“I’d been to an estate agent or two and tried to get a flat in other blocks in Mayfair but as soon as they heard it was for Jimi Hendrix, it was a NO,” she told Channel 4 in 2016. “They didn’t want somebody like him in their blocks of flats.”

Etchingham transformed the small flat, ripping out the grey carpeting, and furnishing it from the John Lewis department store on nearby Oxford Street. She was called in again when it became a museum four years ago to recreate it as it was at the time, complete with rolled up Persian rugs that the musician collected.

One room bathed in red, orange and pink has a full ashtray and empty teacups, as well as a Monopoly set. There are also two telephones his management had installed due to Hendrix’s habit of giving out his number to anyone who asked for it. A penny coin is taped to a record player to stop records jumping at high volume.

Brook Street became a haven for Hendrix and a perfect place to hone his craft — loudly, at all hours and undisturbed by neighbours — as it was surrounded only by shops and offices.

“This place was a real refuge for Hendrix. You can imagine by 1968 he was incredibly famous,” said Sean Doherty, who manages the museum.

“He was kind of the poster boy of swinging London and psychedelic music at the time. It was a place away from the craziness of the music scene in London.

“He could be at home, relax and write music.”

Like the Rolling Stones and The Beatles, Hendrix is synonymous with 1960s London and now considered one of the most influential artists of the 20th century. He moved to the British capital in September 1966 at the age of 23 as a complete unknown and after an unhappy childhood and a spell in the army.

On the plane from the United States, he vowed to make a name for himself and changed his name from Jimmy James to Jimi Hendrix.

“It’s a sign that he’s going to recreate himself in London because, of course, no-one knows who he is in London. He can be who he wants to be,” said Lloyd.

Advances in studio technology of the kind only available in London at the time helped him to achieve his aim of playing futuristic guitar, combining blues, rock and jazz. Doherty describes the flat that Hendrix lived in as “Bohemian chic”.

When the musician broke up with Etchingham and went to record in the United States, he instructed his manager to sell or get rid of his possessions, he added.

A year later, on September 18, 1970, Hendrix was found dead at a west London hotel, after taking a cocktail of drink and drugs. Half a century later, his music lives on, and Brook Street retains the aura of one of the key figures of the time.

“A lot of people walk in and say they can feel the spirit of Jimi Hendrix in the space, which is great really,” said Doherty.

“People can have a personal moment with someone they obviously treat as like an icon.”

(Main image caption: The recreated bedroom of US musician Jimi Hendrix, is seen in the room he actually rented, to promote a forthcoming exhibition, in central London, England. Credit: LEON NEAL / AFP)

Sign up to get the latest luxury and lifestyle news delivered to your inbox.
AFP Relaxnews
celebrities