Antilia to Villa Leopolda: 10 of the most luxurious houses in the world

Pursuits
Antilia to Villa Leopolda: 10 of the most luxurious houses in the world
Share
Next article

If you’re looking for inspiration for your current or new home but find yourself stumped, why not check out some of the most luxurious and expensive homes in the world?

While some might want gorgeous swimming pools and tennis courts, others might want their expensive house to have its very own power plant or a revolving dance floor. And, these don’t exist only in castles that you build in the air, but also in reality as some of the most expensive luxurious houses have them all and even more.

With bespoke luxury features and unimaginable state-of-the-art amenities, even terms like ‘palatial mansions’ fall short before these properties. Reflecting the architect’s thoughts, some of the most expensive homes are designed to resist and adapt to all kinds of natural calamities as well as accommodate an incredibly large number of heads.

With an estimated value running into millions of dollars, these houses define luxury, opulence and grandeur at their best. Merging art with modernity and unique technologies, these expensive properties depict the taste and personality of their owners, who, undoubtedly, have an unmatched stature.

Numerous bedrooms, bowling alleys, squash courts or even a snow room — name it and it’s there. Whether spread over several square metres or standing tall as vertical palaces, some of the most impressive houses in the world are beyond words indeed. 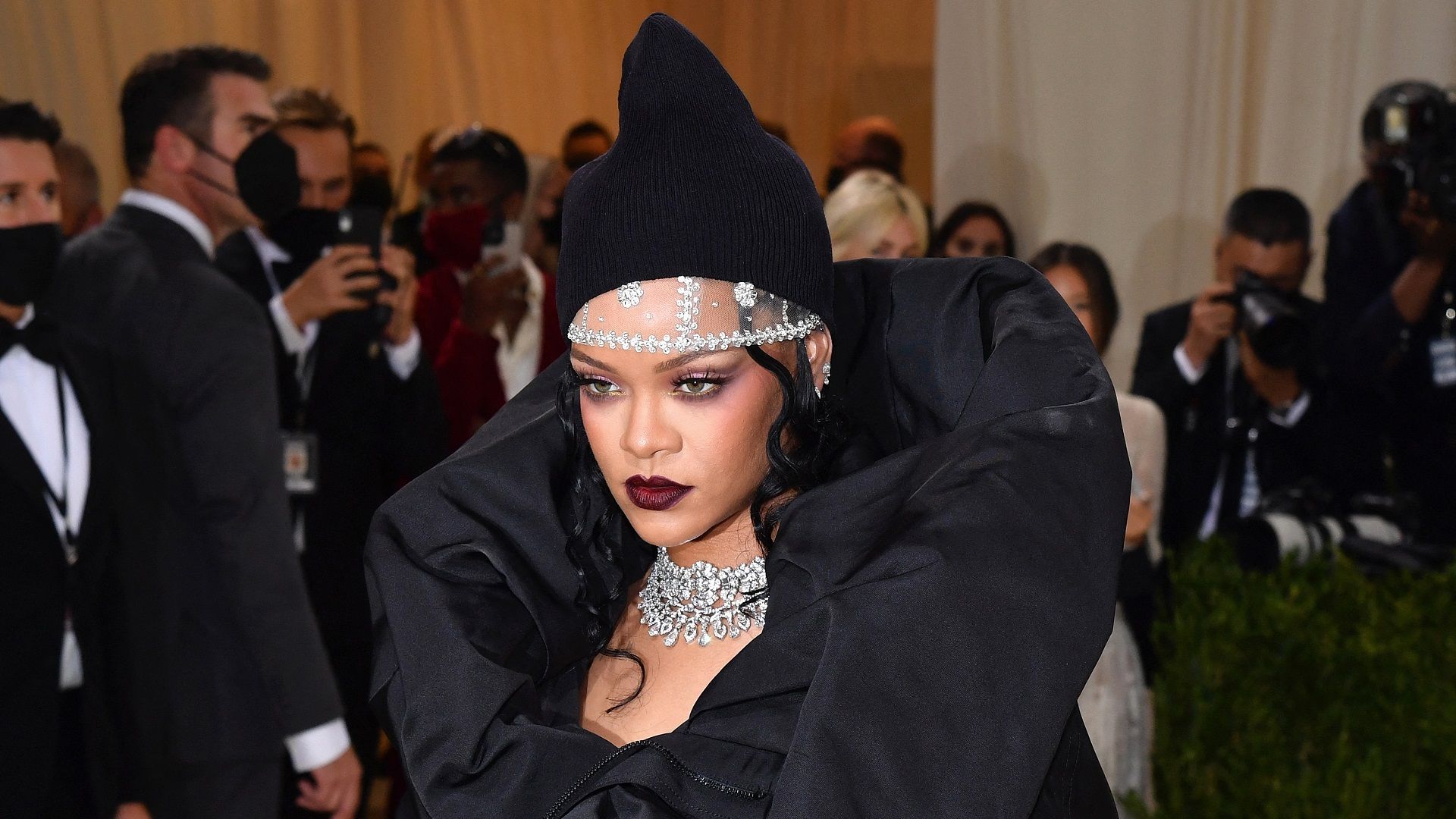 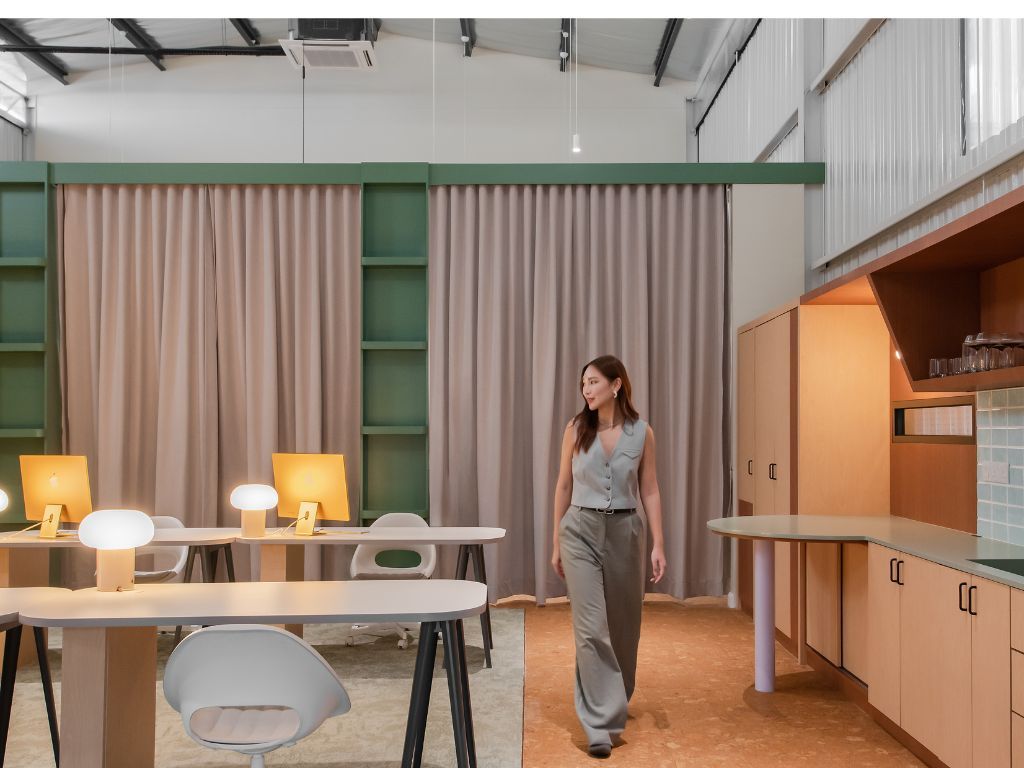 Here are some of the most expensive houses in the world to take inspiration from:

With an estimated value of nearly USD 1.6 billion (Rs 82 billion approximately) as per a May 2022 Bloomberg report, the 775-bedroom official residence belonging to the British Royal Family, since 1837, is reportedly the most expensive house in the world. However, it is a Crown property in technical terms. This figure shot up by over USD 106 million (Rs 8,676 million approximately) post-pandemic.

Wonder what’s in the Buckingham Palace? Besides 188 staff rooms, 52 royal and guest bedrooms, 78 bathrooms, 92 offices and 19 staterooms, the palace is spread over around 77,000 square metres and the sprawling garden itself is over 1.6 lakh square metres.

Known as the second most expensive house in the world, Antilia is the residence of Mukesh Ambani, chairman and managing director of Reliance Industries Limited. This Mumbai residence is not only a major landmark of the city but also among the most prominent addresses in the country.

According to a report by GQ dated March 2022, this striking vertical palace has an estimated value of nearly USD 1 billion (over Rs 81 billion) and has some out-of-the-world features and amenities. Designed by Chicago-based architecture firm Perkins&Will and California–based hospitality design company Hirsch Bedner Associates, encompassing an area of around 37,200 square metres, Antilia has 27 floors with extra high ceilings. It also has a private ice cream outlet, private movie theatre, a huge temple, sprawling terrace gardens and many luxurious guest rooms.

This mammoth building is designed in a way that despite its height, it can withstand earthquakes of magnitude 8 on the Richter scale. It also has a health spa, nine high-speed elevators, a ballroom and yoga studio as well as a six-storied parking space to accommodate the incredibly large fleet of luxury cars belonging to the Ambani family. Additionally, to escape the scorching heat, there is also an in-house snow room.

Known as the third largest house in the world as well as the third most expensive, there are reasons behind why the most superlative adjectives fall short before Villa Leopolda. Owned by Russian billionaire Mikhail Prokhorov, this stunning property, located in the French Riviera between Monaco and Nice, in Cote d’Azur Region, has had a long list of former elite owners including Gianni and Marella Agnelli, Izaak and Dorothy J. Killam and Lily Safra, the wife of late Lebanese-Brazilian banker Edmund Safra.

Tagged at an estimated value of USD 750 million (over Rs 6100 million), this massive property has some of the most unthinkable features and amenities. Occupying an area of over 2 lakh square metres, Villa Leopolda has 11 bedrooms, 14 bathrooms, a commercial greenhouse, a helipad, an outdoor kitchen and one of the most gorgeous swimming pools you may have ever seen. It also featured as a principal shooting location in the 1995 Alfred Hitchcock movie To Catch A Thief.

This heritage property derives its name from its first owner — King Leopold II of Belgium. It was later redesigned by American architect Ogden Codman Jr, who rendered a Neo-Palladian touch to the estate.

According to a report by Business Insider in 2020, Villa Les Cèdres has an estimated value of around USD 413 million (over Rs 33,800 million), as listed by Campari, the Italian beverage company. This made it one of the most luxurious and expensive houses in the world. The stunning property is located in Saint-Jean-Cap-Ferrat on the French Riviera.

Built roughly around 1830, the house spells royalty at every corner and was bought by King Leopold II of Belgium in 1904. Spread over an area of around 1,670 square metres, the historic Villa Les Cèdres, named after the many Cedar trees that lace its perimeter, has jaw-dropping amenities infused with the classic European old-world charm.

In 2019, Ukrainian billionaire and businessman Rinat Akhmetov bought this luxury house for a whopping USD 221 million (over Rs 18,000 million) from Campari.

In the list of most expensive houses in the world, it is impossible to leave out the most expensive penthouse in the world — the Odeon Tower Penthouse in Monaco. According to a 2021 report by The Richest, this colossal residential address has an estimated value of over USD 355 million (nearly Rs 29,000 million) and is housed inside Monaco’s La Tour Odeon tower.

Situated at a short distance from Place du Casino and the bustling centre of Monaco, and designed by architect Alexandre Girardi and developed by Groupe Marzocco, this sky penthouse occupies an area of 3,500 square metres and has over five storeys.

A 360-degree infinity pool, an indoor private water slide letting guests get right into the pool from an upper floor, its own private elevator, five kitchens spread throughout each floor, a dance floor, a luxurious bathroom, and even staff bedrooms — this luxurious home, overlooking the azure waters of the Mediterranean Sea, knows no limits.

Not just these, the La Tour Odeon is the tallest building in the area with a height of 170 metres and offers premium amenities including 24/7 concierge service, valet parking, shuttle service, a business centre and a spa.

Though it is difficult to quote the current value of this multi-million dollar neo-Georgian mansion, the estimated value of 18-19 Kensington Palace ranges between USD 222 million (Rs 18.2 thousand million approximately) and USD 254 million (approximately Rs 20 thousand million) as per various reports. Kensington Palace Gardens is undoubtedly one of the most elite streets in the UK which houses royalty, business tycoons, rich celebrities as well as sports stars.

Owned by Indian steel tycoon Lakshmi Mittal, the building has a rich history. Previous ownership of this lavish estate has names like the de Rothschild family who moved in the 1920s, following which it served as Egyptian and Russian embassies. It was also owned by art dealer David Khalili in the late 1990s and then by Formula 1 chief Bernie Ecclestone in the early 2000s before the Mittals took over.

This Italian palazzo style villa comprises two semi-detached houses and a huge array of amenities making it a grand estate. Encompassing an area of over 5,000 square metres, the mansion features 12 bedrooms, Turkish baths, an indoor pool and parking for 20 cars. After the Mittal family purchased it, the mansion came to be known as ‘Taj Mittal.’

As per a March 2022 report by The Richest, the splendid New York property at Sagaponack, Four Fairfield Pond, has an estimated value of over USD 248 million (over Rs 20,000 million). It is owned by Ira Rennert, the chairman and CEO of Renco Group, a holding investment company in the auto manufacturing and smelting sector.

The nearly 5,800 square metres property is ranked among the most expensive houses in the world and rightfully so. The report says, Rennert began the construction of his dream house in the latter half of the 1990s. This marvellous Italian Renaissance-style mansion is spread over a huge area of nearly 2.5 lakh square metres and features 21 bedrooms and 18 bathrooms along with other buildings such as a playhouse and two pool houses.

Other lavish state-of-the-art amenities include a 164-seat theatre with a large stage, a 27 m long dining room, a private power plant, a huge water tank of around 19,000 litres, a bowling alley, a basketball court, tennis courts and three swimming pools. The Four Fairfield Pond is also home to a massive garage that can park around 100 cars. The mansion also has a private hot tub, helipad and helicopter as well as a colossal art collection.

Another of the most expensive houses in the world is this one located in Beverly Hills, California estate which has an estimated value of USD 129 million (over Rs 10,500 million) as per Veranda. Owned by real estate entrepreneur and American politician Jeff Greene, the property is spread throughout an area of over 4,900 square metres.

The 12 bedrooms and 25 bathrooms is just the tip of the iceberg when it comes to the opulence of Palazzo di Amore. The mansion houses  numerous swimming pools, tennis courts, waterfalls, a 50-seater theatre and a garage for 27 cars.

There is no dearth of entertainment options here. Besides a ballroom, DJ booth and bowling alley, there is also a vineyard. A stunning view of the elite neighbourhood is another splendid feature that comes naturally with this amazing house.

It definitely doesn’t come as a surprise to see one of the richest persons in the world has one of the most expensive houses in the world as well. Belonging to Microsoft founder Bill Gates and his former wife Melinda Gates, Xanadu 2.0 is an incredibly plush address in Medina, Washington and has an estimated value of over USD 130 million (over Rs 10,500 million) as per a 2021 report by MoneyControl.

Designed by James Cutler and Peter Bohlin, and later by Thierry Despont, this residence is replete with state-of-the-art technology and modern features that elevate fine living to a whole new level. Xanadu 2.0 is a stunning waterfront villa built keeping it one with nature and the lush greenery around. It has a high-tech sensory system that regulates temperature and lighting. The mansion is also covered with tall trees, which prevents excess heat loss.

It has a garage for 20 cars, reception halls, a luxurious gym with rocks from the Pacific Northwest, a trampoline room and a spa. It also has an 18 m long swimming pool situated in another building of 360 square metres. The Xanadu 2.0’s library spreads over a 195 square metres area and has a domed roof and secret bookcases too.

Grammy-Award-winner and singer Beyoncé and her husband Jay-Z bought this plush mansion as their family home in 2017 in the Bel Air neighbourhood of Los Angeles, California. Whatever the couple does, they do it in style and this is reflected in this magnificent mansion which has an estimated value of USD 88 million (over Rs 7,000 million), making it one of the most expensive houses in the world.

Spread over an area of over 2,787 square metres, the mansion comprises six buildings with eight bedrooms and eleven bathrooms. Infusing technology with modernity, each of these buildings is fitted with bullet-proof floor-to-ceiling glass panels, which operate at the press of a button. Besides these, the property also features a black basketball court, four swimming pools, a personal spa and a fitness centre, all of which cover another 1,000 square metres.