Beautiful presidential residences around the world

Pursuits
Beautiful presidential residences around the world
Share
Next article

The word majestic comes to mind when one looks at the imposing yet beautiful presidential residences around the world. Owing to such magnificence, they make it to the list of must-visit sites of travellers.

From Rashtrapati Bhavan in India to the Bellevue Palace in Germany and the Élysée Palace in France, some of these architectural marvels were made for kings and their families, while others were built centuries ago for the heads of states. 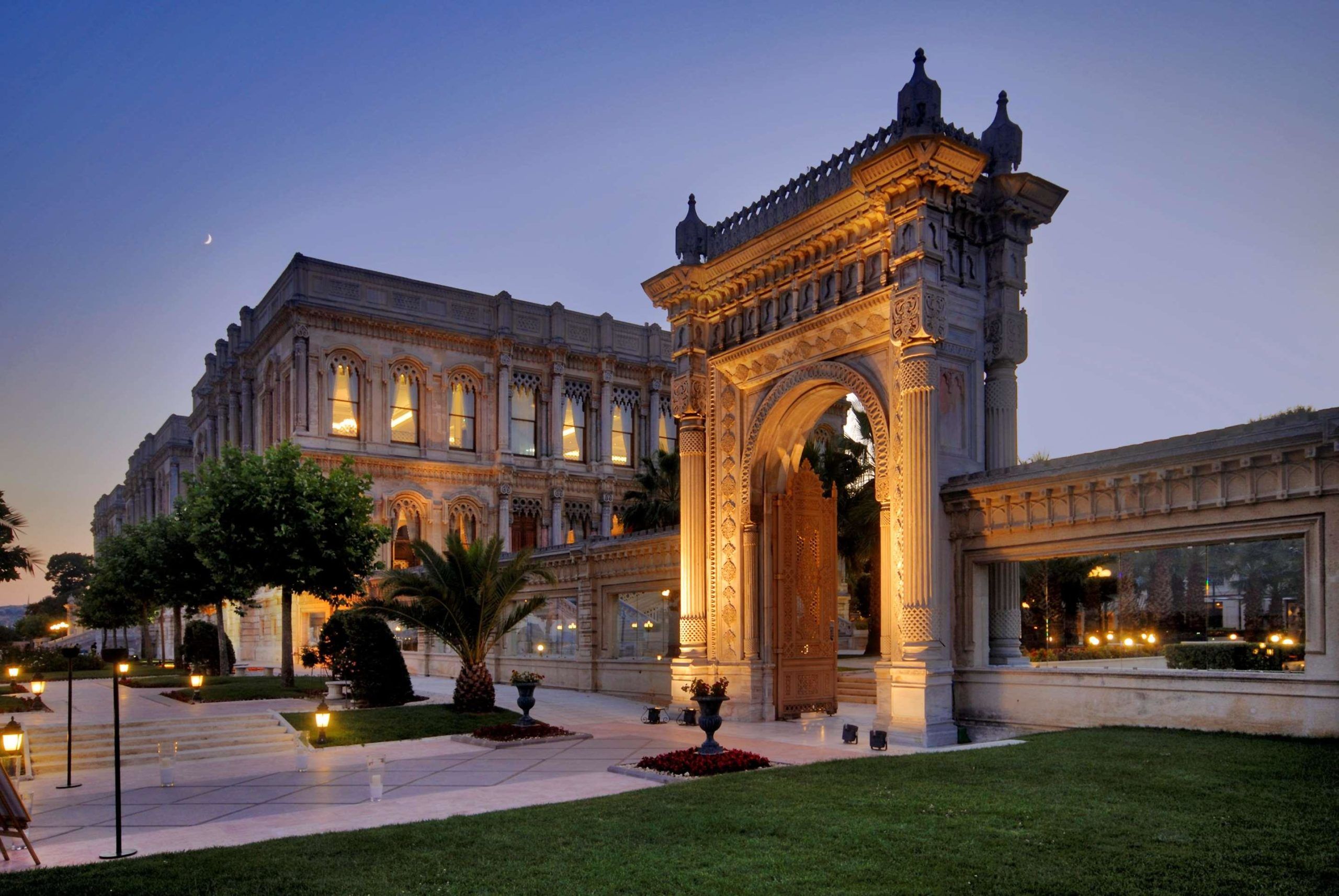 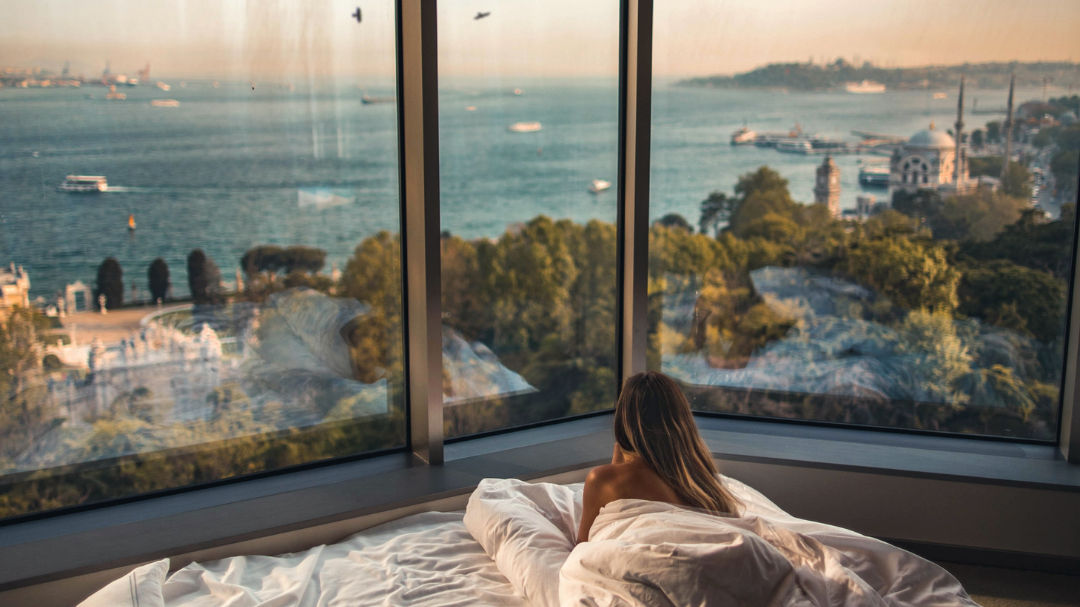 The Rashtrapati Bhavan sits on about 133.5 hectares of estate and serves as the residence of the Indian President. Situated in the capital city of Delhi, the H-shaped presidential complex was the brainchild of architects Sir Edwin Lutyens and Herbert Baker.

The imposing 2.02-hectare building was completed in 1929 and served as the home to the Viceroys of India — the last being Lord Mountbatten — during British rule.

The presidential palace, the gardens and the museum on the property were opened for the public in 2012.

Similar to the Rashtrapati Bhavan in India, The Istana was built by the British Colonial government for its officials to live in. Istana means ‘palace’ in Malay, and the construction of the presidential residence started in 1867.

Completed by colonial engineer Major John Frederick Adolphus McNair in 1869, the total cost incurred to build this magnificent structure was 185,000 Spanish dollars (about RM 908,000) according to Roots.

To make the official presidential residence at par with modern times, the palace underwent a major renovation in the 1990s and six more rooms were added for functional purposes.

Perched atop a hill, the Istana is a neo-Palladian style building with the structure of a Malay house. The main house is surrounded by verandahs, louvred windows and panelled doors. The sprawling over 40 hectares of the presidential palace houses a variety of flora and fauna, along with a Japanese Garden, Spice Terrace and Spice Garden, and Swan Pond, among other beautiful sites and are used for events. All this has been open to the public since 1960.

What was once the home of the British officials now pays homage to the local and foreign artists along with being the official residence of the President of the Republic of Singapore.

The site for the White House was chosen in 1791 by the first President of America, George Washington. The construction of this world-famous presidential complex began a year later and was designed by architect James Hoban.

After eight long years, President John Adams moved into the complex with his wife while the construction was still ongoing. However, the President’s House was burned down by the British during the War of 1812. Later, Hoban was again assigned to rebuild it.

The White House underwent many renovations, reconstructions and expansions over the years. Eventually in 1952, under the presidency of Harry S. Truman, the structure was reconstructed again — besides the outer walls — and completed, and it became what we know as the White House today.

The residence and the office of the President of the US are housed in the building, sitting on about 55,000 square feet of sprawling campus. It also consists of six floors with 132 rooms, 35 bathrooms and a grand kitchen that can serve dinner to 140 guests at a time and hors d’oeuvres to over 1,000 people.

On 30 June, 1958, Palácio da Alvorada was inaugurated as the residence for the President of Brazil with Juscelino Kubitschek as its first occupant. The palace was designed by Brazilian architect Oscar Niemeyer, representing architectural modernism.

Also hailed as Brasília’s first masonry building, parts of the external structure exhibit various aspects such as the hammock-like columns extended on the balconies — a common feature in mansions built in colonial times.

Moreover, the horizontal building is topped with a chapel that owes its reference to the old farmhouses from the same era. The symbol and emblem on the coat of arms of the Federal District mimic the design of the building’s exterior columns.

The basement of the presidential building includes an auditorium to accommodate 30 people, a games room and a kitchen, among other functional units. The current president uses the halls of the ground floor for official purposes, while the first floor houses four suites and rooms serving as the residential part of Palácio da Alvorada.

Built between 1785 and 1787, the Bellevue Palace also has an intriguing history like the other presidential residencies on this list.

Commissioned by Prince August Ferdinand of Prussia, architect Michael Philipp Boumann perfectly blended the elements of baroque and neoclassicism. Another prominent feature of this beautiful royal residence is the surrounding park, from which the palace gets its name ‘Bellevue’, meaning beautiful view.

It was in 1928 that the ownership of the presidential palace was transferred to the state of Prussia, and the main building became the venue for the Grand Berlin Art Exhibition. It was later converted into a museum and for a short span, the palace also served as a guest house.

In 2004/05, the palace underwent massive transformation while retaining its character.

You can get a 360-degree view of the interiors of the Bellevue Palace here.

The Élysée Palace serves as the official residence of the French President. Architect Armand-Claude Molet was appointed to build the French classical-style building. It began in 1718 and went on till 1722.

The gorgeous structure has played many roles. After serving the Marquise de Pompadour as a private residence in 1753, it was turned into a temporary headquarters of the Garde-meuble de la Couronne, aka a place for keeping furniture.

The palace gets its current name from “Hôtel de Bourbon” and “Élysée-Bourbon”— the names given by its owner the Duchess of Bourbon, King Louis XV’s cousin, who had bought it in 1787.

Having survived the impact of the 1789 Revolution, it went on to be used as Imprimerie du bulletin des lois — a place known to have printed and publicised French laws. Additionally, it has also been used to store furniture seized from immigrants.

In 1874, the palace became the primary residence of the President of France, and the first leader to move in was President Patrice de Mac Mahon. The stunning property boasts large ballrooms and sprawling gardens.

Architecture, politics, arts and culture constitute the history of the Hofburg Palace, which has been standing for over 700 years and currently serves as the official residence of the President of the Republic of Austria.

Built in the 13th century, the castle has been the home to monarchy, and its residents have added to the magnificence of the royal palace. Until the year 1981, the palace kept undergoing renovations and extensions under each king and the result was a 2,40,000 square metre asymmetric complex with 18 wings and 19 courtyards.

The Ceremonial Hall, known as Zeremoniensaal, served as the throne room of the Habsburgs. It has a capacity of 500 people, while the Festival Hall can accommodate 1,210 guests.

The Austrian National Library, which was the Court Library built between 1723 and 1735, is found here. The palace is the official home of the president.

According to archaeological research and ancient documented sources, it is believed that the Prague Castle was constructed around the year 880.

Made using clay and stones, this castle was built by Prince Bořivoj of the house of Premyslides. Since then, it has seen many residents, including the heads of the state, kings, princes and Prague Bishop — the highest representative of the church.

In the 14th century, under the kingship of Charles IV, the castle was extensively rebuilt. As centuries passed and kings came and went, they made changes to the castle, adding massive gardens and places for entertainment, among other renovations. However, it was in 1920 that Slovene architect Josip Plecnik was made to do the required changes when the head of state of the independent Czechoslovak Republic was living at the palace.

Starting 1989, many restricted areas of Prague Castle were opened for the public. These included the Royal Garden, Ball Game Hall, the Southern Gardens, the Imperial Stables and the Theresian Wing of the Old Royal Palace.

The building, still undergoing renovation and maintenance, serves as the president’s residence with several modern-era alterations. The castle houses the Crown Jewels, relics of Bohemian kings, art treasures and many historical documents.

Russia’s President Vladimir Putin has many homes, however, the Kremlin is his official residence. The Kremlin is a walled complex that consists of domed cathedrals and palaces. Situated in the heart of the city, the location of this presidential complex has been associated with rulers and religious sites.

Built in 1156 on the Borovitsky Hill next to the Moscow River, the Kremlin has undergone many renovations and expansion over the years, including the iconic white stone walls made in 1367-68.

Earlier, the magnanimous building comprised official residences and offices of the governing authorities of the Soviet era, but it was turned into a site to serve as the official address of the president.

Many parts of the building, including its museums and cathedrals, have been opened up for the public, making the Kremlin one of the most-visited spots in Moscow.

The fact that it is situated right next to Red Square also adds to the tourist attraction. Owing to its stunning architecture and history, the Kremlin and the Red Square were given the UNESCO World Heritage Status in 1990.

You can take a virtual tour of the Kremlin here.