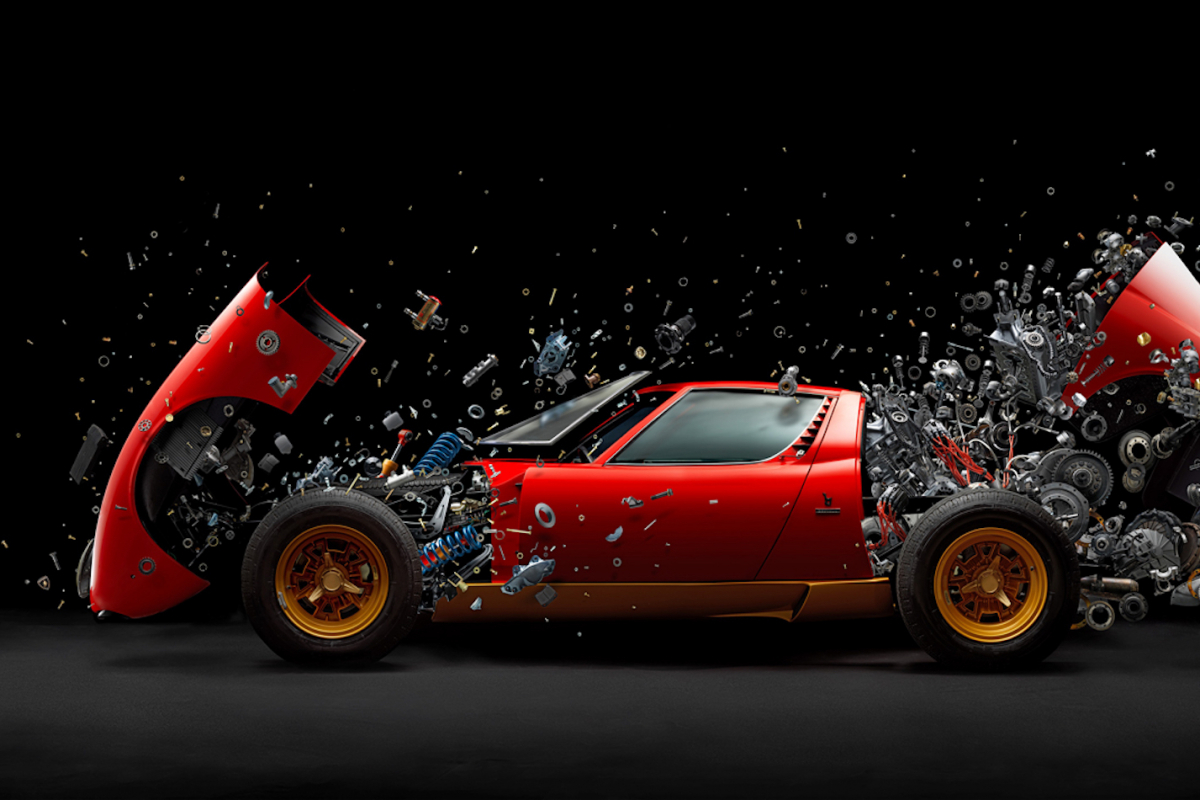 When the Lamborghini Miura made its debut in the late-60s, many declared this super mobile to be the ultimate union between aesthetic beauty and supreme machinery. Fitted with a compact  rear mid-engined two-seat, a layout which continues to be seen in many of today’s high-performance sports and supercars, this limited-edition raging bull remains one of the most coveted cars in any serious automobile collection. The idea of celebrating one being taken one apart seems almost inconceivable, but that certainly didn’t stop Fabian Oefner from attempting it anyway.

Titled Disintegrating X, this mesmerising project by the Swiss-born artist is the third instalment of Oefner’s fascinating photography series presented by MB&F M.A.D. Gallery, which curates kinetic and mechanical art from artists all over the globe. A passion project of Maximilian Büsser, a Swiss entrepreneur and founder of the avant-garde luxury watch brand known as MB&F, the ultimate goal of this gallery was to provide a platform for like-minded artists specialising in kinetic and mechanical art.

Currently based in New York, Oefner’s reasoning in documenting these intricate components goes beyond offering insight on what powers these incredible machines; it also provides audiences with a deeper understanding on how we perceive and define these beautiful objects. As for the story behind this particular image, it was a labour of love that took almost two years to complete; one that involved Oefner and his team travelling to Italy to photograph each individual piece of the 1972 model while it was being restored in the workshops surrounding the Lamborghini factory in Sant’Agata. Check out the gallery below for more incredible shots of this mind-blowing project.