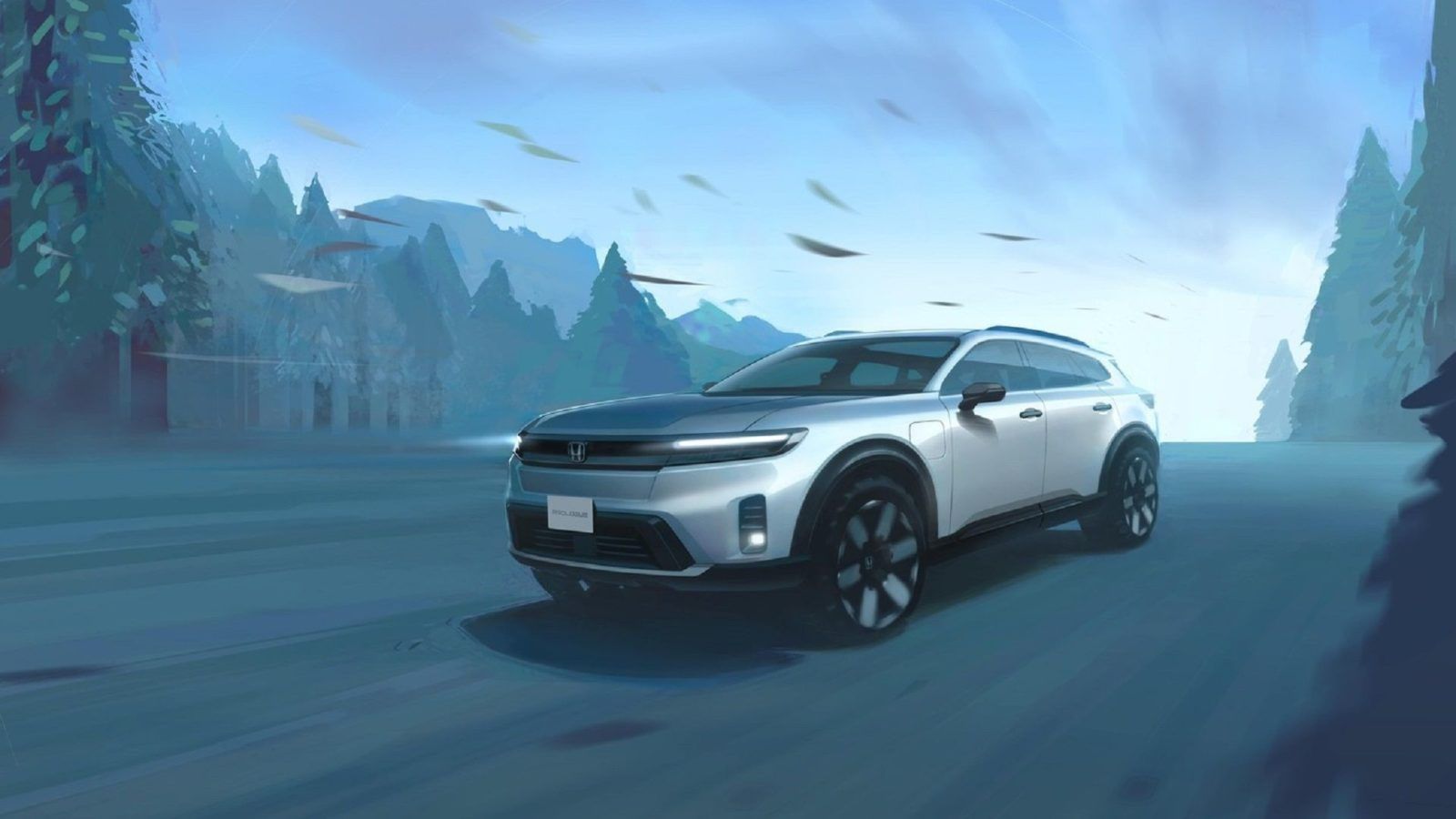 Japanese automobile giant Honda Motor Company has released a teaser image of the battery-electric vehicle that is set for launch in 2024.

The teaser image isn’t exactly of the Honda Prologue SUV in action and is just a render of the car. However, it is enough to excite Honda fans, who have long been waiting for an electric offering from the automaker, since the failure of the company’s Clarity Electric vehicle in 2020.

It is noteworthy that Honda’s rival, Toyota, has already got off the mark with its electric vehicle, ready for launch in 2022.

What does the Honda Prologue SUV picture reveal?

The picture released by Honda shows a steel-grey four-wheeler, with a sleek exterior design and wide tires.

“With versatility and driving range on par with our existing rugged lineup of SUVs, the adventure-ready Prologue navigates both daily commutes and weekend getaways with ease,” reads a description on the official site.

The Honda Prologue is so named because it is the first in the company’s upcoming series of electric vehicles. The company aims to have a lineup of 100 percent zero-emission vehicles in North America by 2040.

Honda joined hands with GM for Prologue and others

The car was designed in collaboration with American automaker General Motors (GM). According to The Verge, it is the first of two vehicles that Honda is making with GM using the latter’s Ultium battery packs. The other car is named Acura.

Honda had revealed its EV plans in April 2022. At the time, Shinji Aoyama, Honda’s global head of electrification, told Reuters that the company plans to build millions of electric vehicles by 2030 using three new dedicated platforms, one of which is with GM.

Earlier in April, both companies had confirmed that they plan to jointly develop ‘affordable electric vehicles’ for global markets.