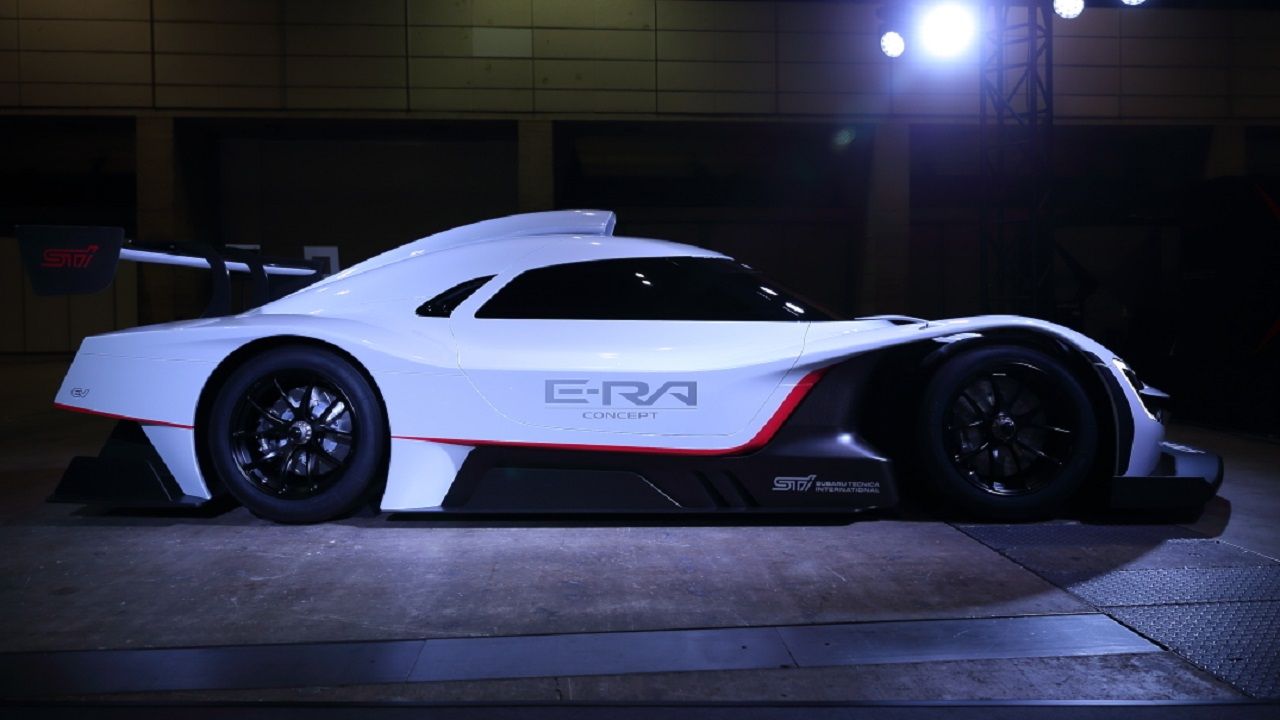 The STI E-RA Concept and Solterra STI Concept look stunning from the outside and the interiors are sleek as well.

According to a statement by Subaru, the STI E-RA is a concept model of the STI E-RA electric race car, which is being developed under the STI E-RA Challenge Project. The project aims to learn more about new technologies for motorsports in a carbon-neutral era.

The Solterra STI Concept is based on the car that made its world debut in November 2021 — the Solterra all-electric SUV.

Subaru says that STI E-RA Concept will aim to set a lap time record of 6 minutes and 40 seconds at the Nürburgring circuit from 2023 onwards. If the car attains its goal, it will prove to be a faster electric vehicle than Tesla’s Model S Plaid.

Before the ultimate Nürburgring circuit, the car will be tested at Japanese racing circuits through 2022.

To reach the high-speed target, the all-wheel drive is fitted with four Yamaha motors, yielding an output of 800kW (1088ps). A 60kWh lithium-ion battery drives the motor.

The car is designed to maximise speed, with elements that are key to Formula 1 cars. There are cutouts in the body to rework the airflow for the car’s acceleration.

The second car unveiled was the Solterra STI Concept. Not much was disclosed by Subaru, but the car has skirt spoilers, roof spoiler and improved performance-related mechanisms.

It looks like an SUV, which is apparent because it is based on the Solterra all-electric SUV, but is more like a sportier and performance-oriented cousin.