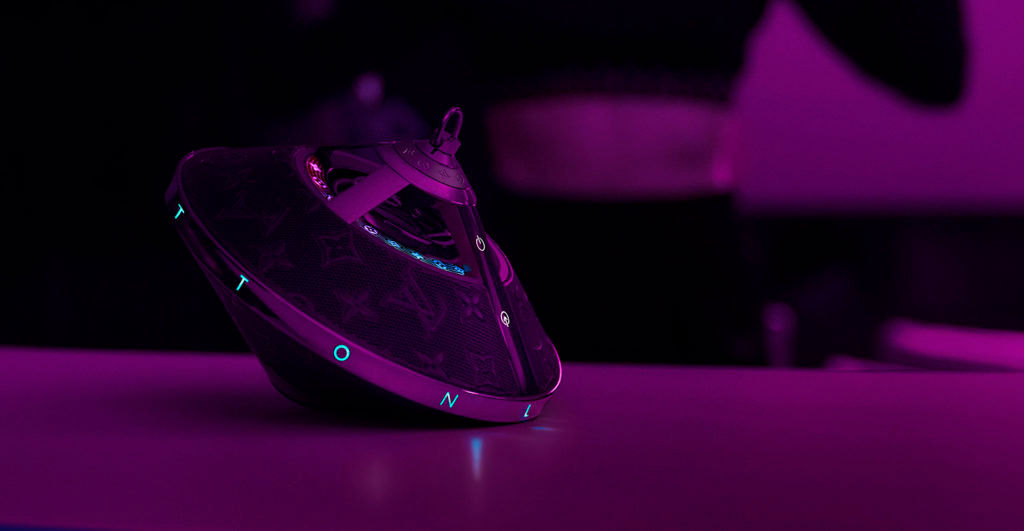 Introducing the Louis Vuitton Horizon Light Up Speaker; if you thought the French maison was purely fashion, the brand proves it encompasses many more aspects of lifestyle, such as the enjoyment and appreciation of lights and sound.

The wireless speaker is the ultimate companion for those who love design and music. While the maison already has a number of high-end audio products under its belt, the Horizon Light Up holds its own, being a design that upholds the house’s skill in turning a utilitarian item into a work of art.

Therefore, when left on its own, at home, it becomes a conversation starter, and when turned on, the superb audio quality may render one speechless, or simply wanting to bask in the music.

Rose-tinted perfection: the JIKSOO Hyper Rose Gold edition is more than a statement piece
Pursuits
6 productivity tips to get the most out of your iPad Air
Pursuits

Through its audacious and visionary design, the speaker  is taken to a new level of desirability.

The Louis Vuitton Horizon Light Up speaker is bound in noble leather with metal components, and boasts the brand’s  emblematic signatures. And when the device is switched on does it truly come to life in an explosion of sound, light and movement. A top ring with LED backlighting provides three different animations in seven carefully selected, graduated colourways.

Packing function in form, the speaker can be used inside and out, and is equally at home in the living room, office or garden, on a country retreat, a city break, or at a beach club party. The unconventional shape offers a myriad of acoustic benefits. When sitting on its dock, the sound is played at 360 degrees, but by placing the speaker on  its side, music can be sent in a specific direction.

The Louis Vuitton Horizon Light Up speaker weighs approximately 1kg and measures a mere 18cm in diameter – a remarkable feat of engineering that involved housing the highest quality acoustic components in a diminutive and complex case to deliver a unique audio experience while living up to Louis Vuitton’s Spirit of Travel. Thus featuring all the convenience of wireless connectivity through Bluetooth, Apple AirPlay 2, and Qplay via Wi-Fi. It can be charged via USB-C (through the speaker or dock), with a full charge providing up to 15 hours of playtime.

Depending on the occasion, it can also be paired or grouped in larger numbers to accommodate bigger spaces and multiple rooms.

This fine chocolate man, (that is a connoisseur of fine chocolates) prefers real-life conversations and living off-screen, but is slowly and surely embracing the digital, search engine optimised life.