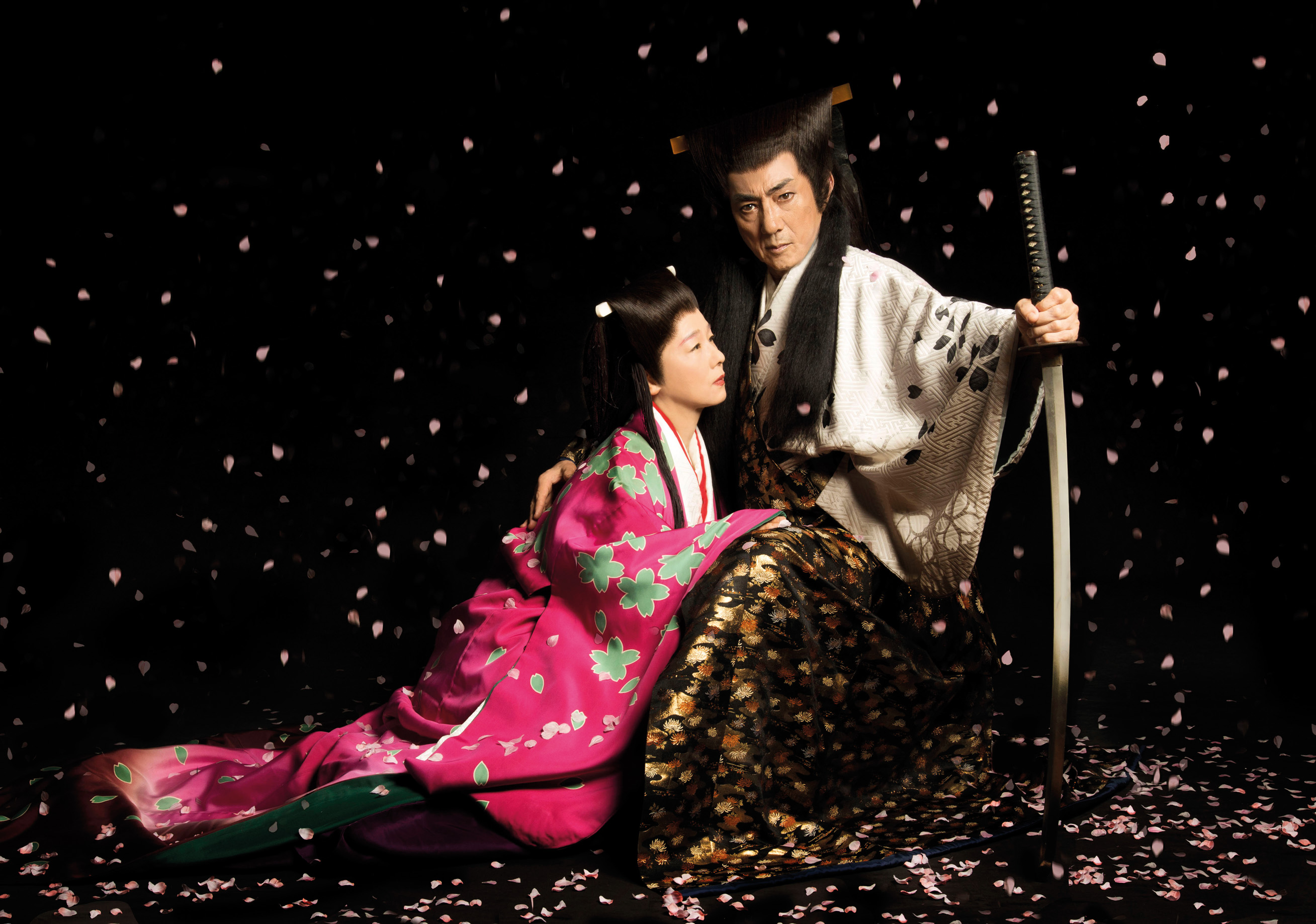 Katana-brandishing samurai in a cherry-blossom forest instead of Scottish warriors in highland woods. A soundtrack that includes temple gongs and Gabriel Fauré’s “Requiem” and Samuel Barber’s “Adagio for Strings”. Two crones, not in Shakespeare’s script, open the door to the set that’s a giant Buddhist altar and remain as onlookers. This is the late director Yukio Ninagawa’s East-West adaptation of Shakespeare’s Macbeth that made him a global legend.

The titular character is played by veteran thespian Masachika Ichimura, while prolific actress Yuko Tanaka portrayed his wife who goads him into murder. Tanaka is well-known to audiences, having captivated hearts in the 1980s as the adult Oshin in the hit NHK TV serial of the same name.

Viewers in almost 70 countries around the world were hooked on the TV series of a downtrodden young girl who beat the odds to become the owner of a successful chain of supermarkets. The industriousness, kindness and bravery of its lead character are said to have influenced attitudes in Japan. And Oshin became a symbol of perseverance the world over, and is remembered fondly even today.

Of this, Tanaka tells Prestige: “I appreciate that Oshin is loved by so many people although it’s been over 30 years.”

The virtuous Oshin couldn’t be further in character than Lady Macbeth.

Speaking to the South China Morning Post in June, Tanaka had said: “I don’t find it difficult to play Lady Macbeth. In fact, Macbeth and Lady Macbeth could be any couple anywhere who made bad decisions behind closed doors. It is really the most ordinary story.” However, the stylised movements of Japanese theatre are a different story: “What I found challenging at first was the formal movements required of traditional Japanese theatre. It is not easy balancing formality with realism.”

Tanaka is pragmatic when she tells me, “I haven’t done anything special”, by way of pre-show rituals. “However, as this stage is very smoky, I pay attention to my throat and bronchus.” Playing the role, she says, is a “matter of physical energy”.

Tanaka is no stranger to Japanese reinventions of Western classics. She worked with Ninagawa as mother and daughter Thaisa and Marina in his version of Pericles. In an 1988 film adaptation of Emily Bronte’s Wuthering Heights, she starred as Kino, who suffers a similar fate as Catherine in the novel. Director Yoshishige Yoshida transposed the tale of vengeance and obsessive love from 19th-century Yorkshire to 16th-century feudal Japan. It was shown at the Cannes Film Festival that year.

As for her upcoming performance in Singapore, Tanaka says: “I am happy to have this chance for Ninagawa Macbeth to be enjoyed by people in Singapore. I am looking forward to seeing you all.”