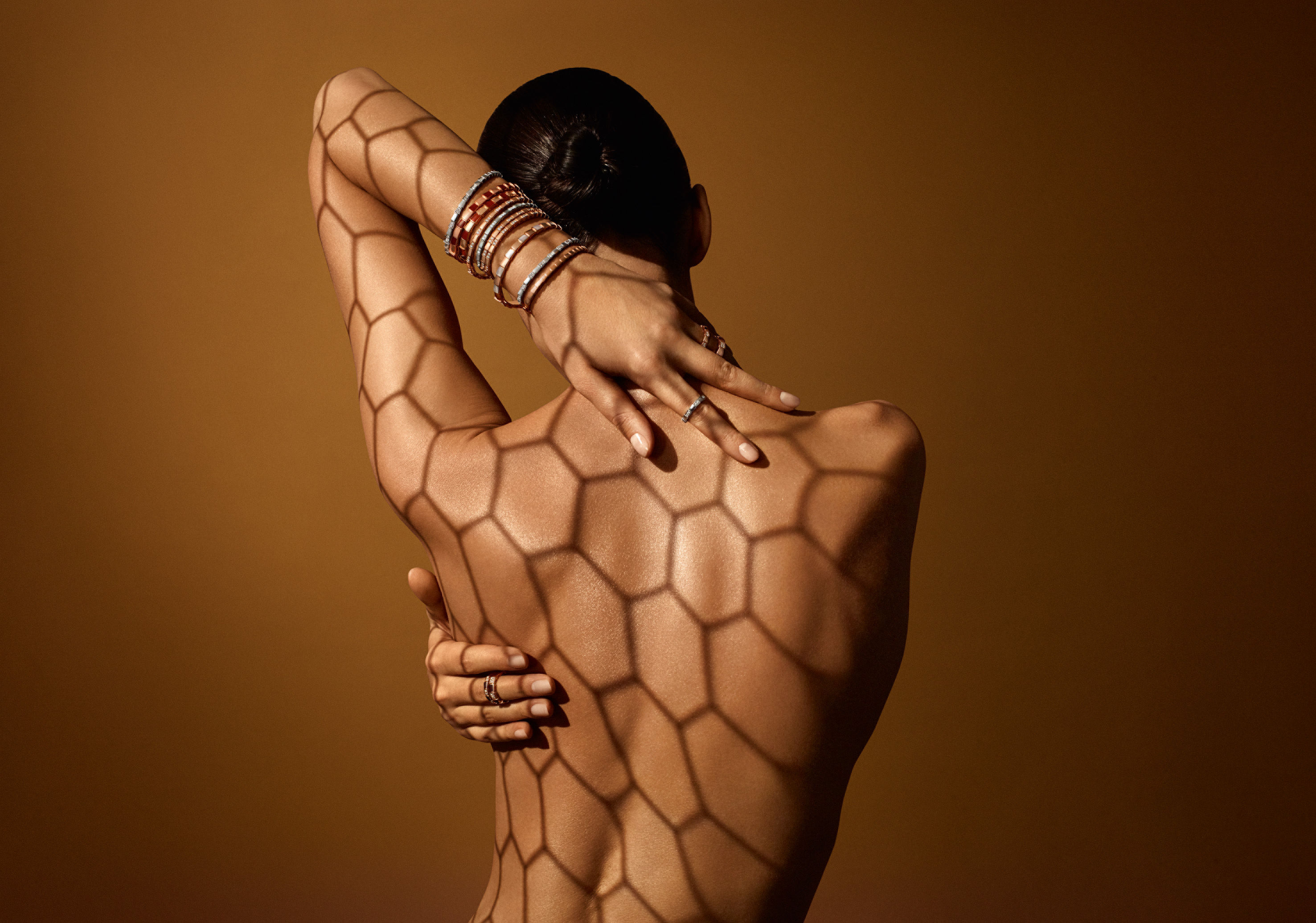 Serpenti established itself as a jewelry icon with colorful, enameled snake-inspired necklaces and watches in the 1960s, capturing the hearts of collectors and luxury lovers.  Just a snake molts, Serpenti has since shed its enamel scales to reveal the current Serpenti: a treasure showcasing the ultimate opulence, a luxurious skin of pavé diamonds and white gold.

Today, in 2018, the new version, as seen on supermodel Lily Aldridge in Bulgari’s 2018 campaign, boasts piercing emerald eyes, a nod to the collection’s colourful and daring roots.

Like the previous iterations, the emerald-accented Serpenti is the culmination of Bulgari’s singular and celebrated artistry: the snake’s scales, neatly nestled into one another, are not joined by soldering but instead are carefully hinged together. This method, known as Tubolare, gives each piece the life-like pliability of a snake, so it can wrap itself sinuously around you as the animal itself would.  The compelling green eyes—whether in the new Tubolare necklace, bracelet, ring, pendant, or earrings — make the jewelled creature all the more captivating, serving only to intensify the allure of its wearer.

The Birth of Serpenti

The first serpent collection arose in the 1940s. Inspirations of the luxe Italian jeweller Bulgari have since then always centred around Italian femininity: sophisticated, refined, bold, colourful, voluptuous and seductive. By exalting those qualities, the Maison established a new and daring Italian standard of jewellery design, furthermore developing a level of unparalleled artistry. Cabochon cuts and colourful stones culminated in groundbreaking pieces unlike those traditional jewellers.

With the same daring attitude to reach for the forbidden, the Maison gravitated towards the sly serpent. In the mid-twentieth century, it launched its snake-inspired Serpenti line with iconic creations that are, to this day, coveted by jewellery aficionados worldwide. An animal that is powerful, mysterious, and unexpected, the snake naturally became the spirit animal for Bulgari and for the seductive woman who wears it.