Chanel debuts the Calibre 2 at Baselworld 2017 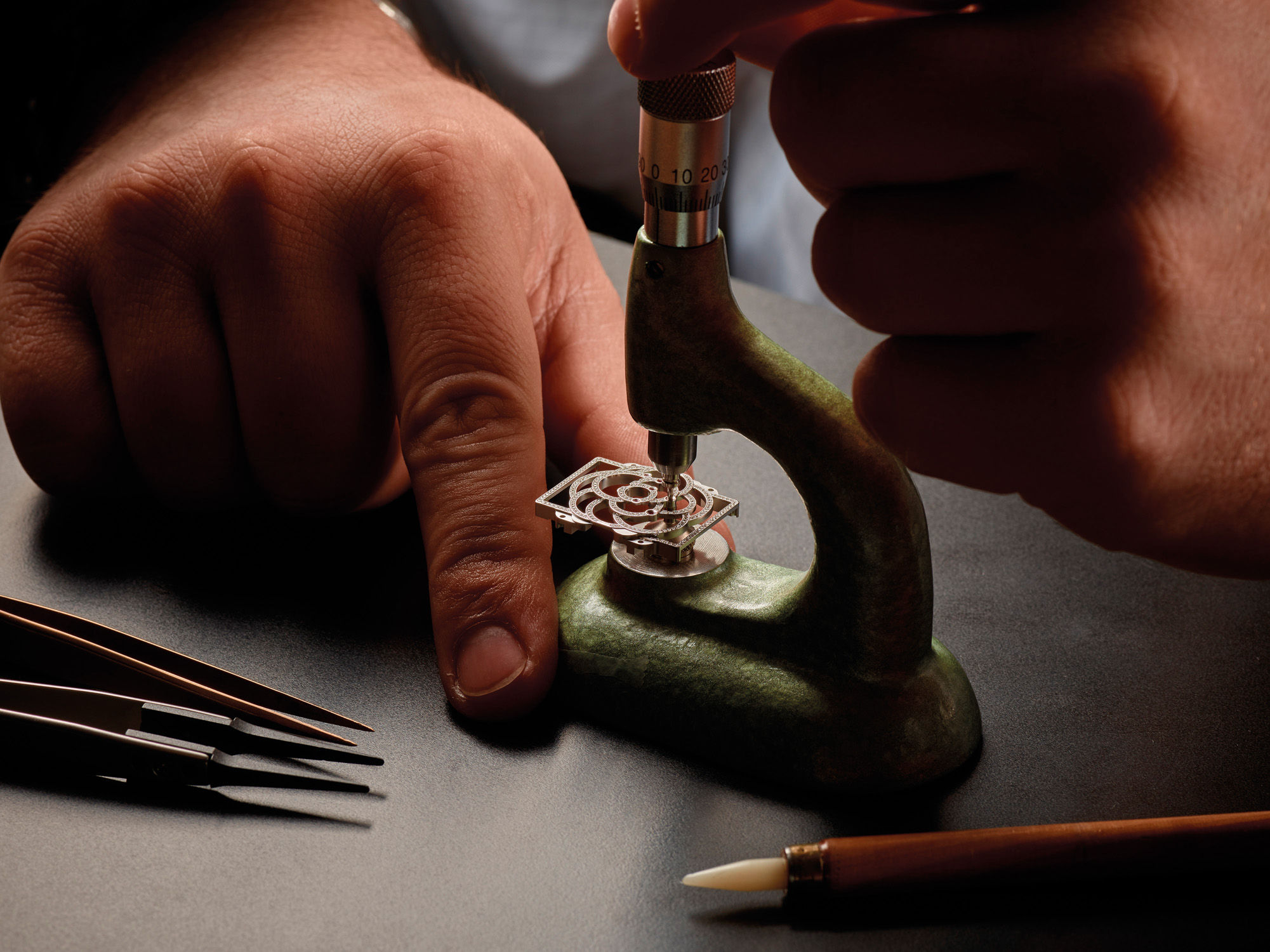 Despite their different launch dates, Calibre 1 and Calibre 2 were built concurrently, with both requiring a five-year incubation period before hitting the market. The final decision to prioritise 1 over 2, was solely “a deliberate choice to surprise the market”, says Chanel’s Global Head for Watch and Fine Jewellery Business Development, Nicolas Beau. “We wanted to establish an ambition and expertise in the haute horlogerie world. In terms of creativity, we have a strategy to explore every facet of watchmaking from sporty to haute horlogerie, feminine to masculine…It was a choice of creativity more than anything else.”

Aside from the use of ADLC on the non-set variant of Calibre 2 and the appearance of a small lion motif on the movement, the two calibres bear little semblance to each other. The 107-part Calibre 2, for starters, is a skeletonised movement with no visible dial, and where all components of the watch can be viewed from either side of the watch. Composed of circular bridges built across different levels that form the harmonious shape of a camellia flower, the 3D skeletonised movement appears to float unencumbered between the two sapphire crystal planes.

“The greatest technical challenge was to develop the most incredible movement to serve design,” explains Beau. Indeed, Chanel fiercely holds on to the philosophy that creativity and design always take precedence over technique and strategy. As a result, instead of developing the movement from its general architecture (mainspring barrel, gear train, and balance wheel), everything began with the bridges, which took the form of a camellia flower. “The technique is here to serve the design and not the other way around,” he emphasises.

Although some elements, such as the pallet lever and escape wheel, were taken from the skeleton movement that Renaud & Papi had developed for Chanel in 2015, the other components were developed at G&F Châtelain or at Manufacture Romain Gauthier, where Chanel acquired a stake in 2011. Gaulthier, who produces for several famous watch brands, was responsible for the production of the gears and pinions. The movement was also deliberately designed to be slim, as it “will be used as a base for new developments,” reveals Beau.

Serving as an excellent platform to debut the Calibre 2 is the Première Camélia Skeleton watch, the latest model in the Première line (also the brand’s very first watch silhouette). Launched in October 1987, the Première features a case that emulates the harmonious proportions of Place Vendôme in Paris (which also inspired the octagonal shape of Chanel’s perfume bottle stoppers). Its evolution is in tandem with the 30-year development of Chanel’s watchmaking ambitions. “It was the first time in watchmaking history that a luxury fashion house designed a watch purely for women, with a specific design and specific take on time. The Première is both an authentic timekeeper and a statement of style, a duality that is a source of pride to us,” says Beau.

The Première Camélia Skeleton is offered in three different iterations, with the most accessibly priced model presented in a case set with brilliant diamonds. It features a movement coated with ADLC, to provide greater contrast between the case and the movement. The other two high jewellery versions come with a diamond-set white gold movement encased within white gold cases set in baguette diamonds, with the most extravagant one paired with a gold bracelet set with a staggering 536 diamonds.

“In a short three decades, we have diversified our portfolios from traditional timekeepers to jewellery timepieces and to haute horlogerie — we now have a complete collection,” reminds Beau, before he concludes with a hint of what’s in store. “Chanel remains a feminine brand and Calibre 2 is our vision of a feminine haute horlogerie movement. Moving forward, you can expect the Calibre 3 to be on the same direction.”