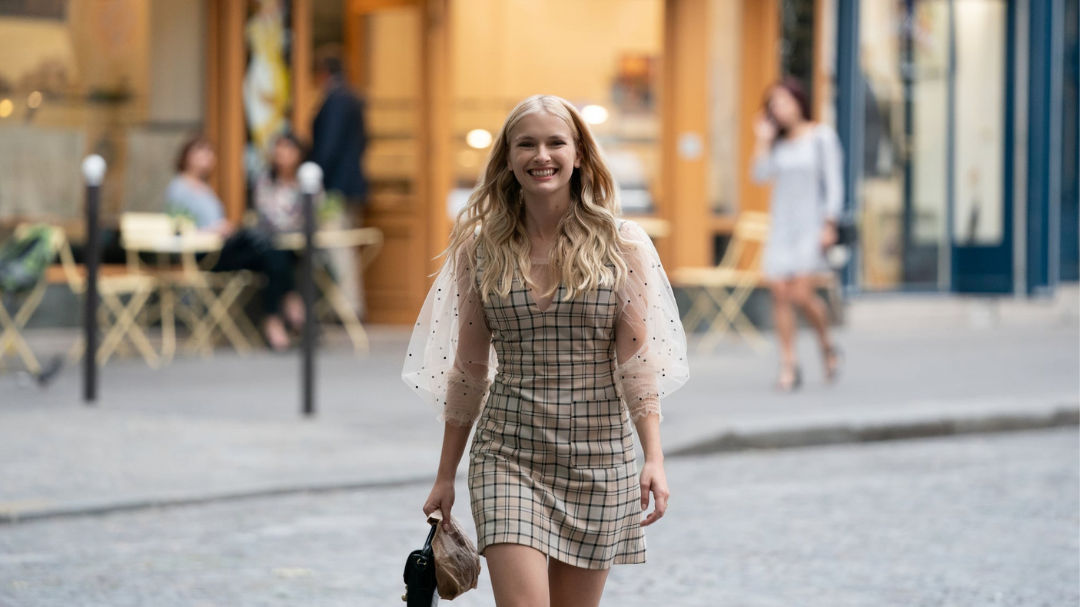 After revamping our wardrobes with berets, Kangol bucket hats and Ganni skirts last year, the hit series “Emily in Paris” returned to screens this year. Once again, Emily Cooper and Mindy Chen’s wardrobes seem to have caught viewers’ attention — to the point of making searches soar for certain fashion pieces seen in the second season of the show.

Just 24 hours after the second season of the “Emily in Paris” series aired on Netflix, December 22, fashion sites and search engines were already seeing spikes in interest in some of the clothing items featured in the comedy-drama.

Her leather blazer dress is undoubtedly the piece that has proven the most popular, with search queries up 80% in the hours following the launch of the series. But that’s not all, the character — one of the show’s most emblematic — also seduced fashion fans with an oversized blazer (+50%), high-waisted pants (+46%) and a short blazer (+44%). A great performance for this friend of Emily Cooper.

A post shared by Emily in Paris Outfits (@emilyinparisoutfits)

But what about the show’s titular heroine, who often wears extravagant and very colorful outfits? Like in the first season, berets are obviously a hit off-screen (+43%), as are white and blue striped sweaters (+42%), gingham blazers (+42%) and knee-high boots (+37%).

The star’s roommate, Mindy Chen, is not to be outdone, since her sequined blazers — perfectly in keeping with the festive season — have been particularly popular, with an increase of 69% in search queries. And that’s without mentioning her red bucket bag (+60%) and her leopard-print coat (+53%).

From “Lupin” to “Bridgerton” to “Squid Game” and “The Queen’s Gambit,” throughout the year, Netflix’s hit shows have significantly influenced fashion, often helping to revive the image of certain neglected pieces, such as the corset, and even starting full-blown fashion trends.