Several major players in the fashion industry have stepped into the metaverse in the past year.

In one of the biggest fashion events of its kind, Decentraland will be hosting the first Metaverse Fashion Week (MVFW) from 24 to 27 March 2022 and will set the course for the future of digital fashion shows in the metaverse.

The anticipation about the event is high. Preparations are on, but several details are still under wraps. The fashion industry is eagerly looking forward to the event to know which brands are participating and for the overall experience of being in a virtual fashion week of such a scale.

9 celebrities who have embarked into the NFT world: Messi, Bieber and more
Pursuits 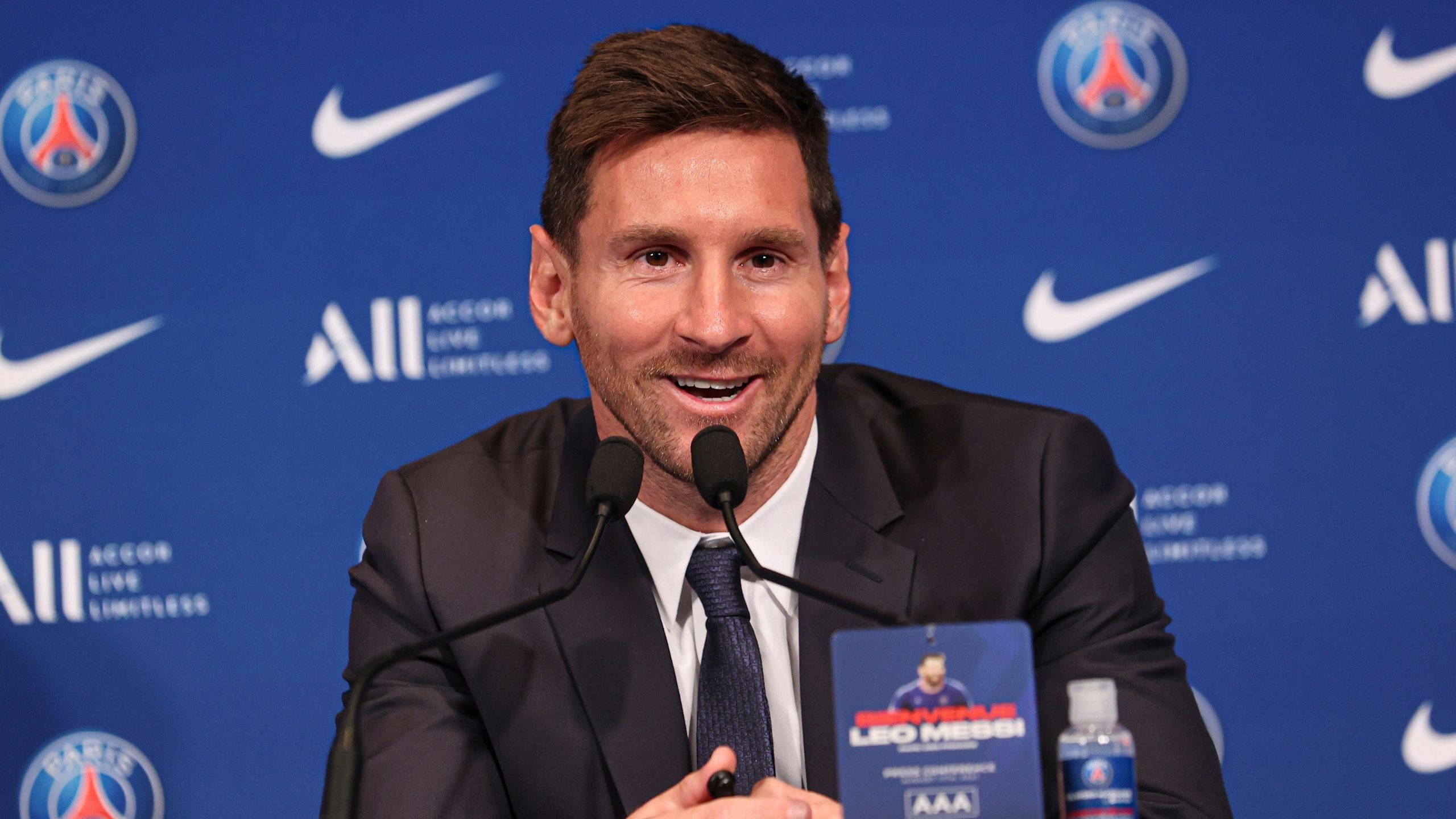 Metaverse Fashion Week and what we know about it

A huge step for fashion in the metaverse

The metaverse has been growing by leaps and bounds over the past year.

Gaming platform Roblox, a metaverse capsule, had reportedly around 50 million daily active users in August 2021, up from 41 million in May. Meanwhile, Fortnite by Epic Games, another of the metaverse-type games, has a daily player base of 4 to 8 million on an average.

Fashion brands have, therefore, found gaming platforms to be the perfect launchpad into the metaverse. As more and more users log into their virtual selves, fashion labels are exploring opportunities to attract loyal patrons from among the rapidly increasing numbers of digital fashion ensembles for the avatars to wear.

At the same time, digital interactions, such as NFT sales in the metaverse, are also complemented in the real world through special offers or physical items of the digital pieces.

As fashion expands in the metaverse, the MVFW is perhaps the most significant step to draw everyone — from a creative director of a top fashion label to an enthusiastic fashion-forward user — into this world.

The MVFW would not have been possible without Decentraland, one of the most popular metaverse platforms particularly known for allowing users to buy digital land.

Technically, anyone who is interested in acquiring a piece of ‘land’ on Decentraland can pick their favourite virtual plot, if it is available for sale, and start creating a ‘place’ of their own.

In other words, Decentraland is like the virtual version of the real world with avatars ‘living’ in virtual cities complete with symbols of the urban world such as rapid transport systems, airliners, skyscrapers and trees.

Decentraland is built on the Ethereum blockchain and started as a pixelated 2D grid before evolving into a 3D universe. The plots are known as LAND and are sold as NFTs. Trading is done using Decentraland’s own decentralised cryptocurrency, known as MANA.

The virtual world of Decentraland is what encapsulates the metaverse. Understandably, its popularity rose after Facebook decided to focus on the metaverse and rebranded itself as Meta in October 2021.

The following month, Decentraland set a record for metaverse land acquisition when a virtual plot of land was acquired by the Metaverse Group — an NFT-based metaverse real estate company, which is a subsidiary of Tokens.com — for USD 2.43 million.

In December 2021, Decentraland announced the MVFW, taking the world of fashion by storm. According to Decentraland, the four-day event will have “catwalk shows and showcases, pop up shops, after parties, and immersive experiences”.

UNXD, the Polygon blockchain-hosted luxury marketplace, is collaborating with Decentraland for the MVFW.

In early January, Tokens.com, whose subsidiary was behind the record-breaking land deal in Decentraland, announced that the MVFW will be hosted on the LAND that was bought in the deal.

In a statement, Tokens.com said Metaverse Group and Decentraland entered a lease agreement which gives the latter the right to develop towers, tents and runways in the Fashion District, which the former purchased in November.

“We are excited to partner with Metaverse Group and Tokens.com on Fashion Week. Not only will this be the biggest event of its kind in Metaverse history, but this also validates the ability for Decentraland to create a fully functioning economy on an open virtual platform,” Sam Hamilton, Decentraland’s Community and Events Lead, said in the statement.

Which fashion brands are participating in MVFW?

Though the names of the brands are being kept secret, some of the world’s biggest fashion brands are expected to participate in the MVFW.

According to Vogue Business, Hugo, one half of the now rebranded Hugo Boss, confirmed participation after it signed with MVFW partner Boson Protocol. The deal allows MVFW guests to buy physical Hugo goods in the metaverse. Interestingly, while Boss will cater to Millennials aged 25-40, the new Hugo is aimed at under 25 Gen Zs — the target group that is more involved with metaverse-type games such as Fortnite and Roblox.

It is noteworthy that global brands such as Gucci and Balenciaga have been offering digital-only items for quite some time. Gucci also has its presence in the metaverse and has previously sold a virtual version of the Gucci Dionysus bag on Roblox.

Gucci and Ralph Lauren have opened virtual pop-ups on metaverse platforms Roblox and Zepeto; Nike and Vans, among others, have opened permanent spaces in Roblox.

Balenciaga has been a major player in the metaverse. In September 2021, the Paris-based Spanish brand partnered with the online game Fortnite and offered four signature items from its collection for players to use as skins.

British luxury fashion brand Burberry, too, marked its presence in the metaverse by launching NFTs in partnership with Mythical Games in the latter’s game Blankos Block Party.

However, it is unclear if Gucci, Ralph Lauren, Balenciaga and Burberry will be at the MVFW. Vogue, however, points out that the number of brands that have expressed interest is more than Decentraland can host.

What to expect at MVFW?

Visitors at the MVFW should expect what they would otherwise witness in the real world. Simply put, this is like any other fashion show. The only major difference is that it is being hosted in the virtual world instead of the physical world.

Multiple media outlets suggest that visitors will get to see virtual avatars walking the ramp in the finest of digital clothing, like real-world models wearing cool clothes at traditional fashion weeks such as Milan and New York.

Decentraland already allows trading. Objects on the platform can be bought and sold. Besides LAND, there are estates, avatars and items. The Ethereum blockchain serves as the foundation and users are required to hold their MANA tokens in an Ethereum wallet on Decentraland. Any purchase at the MVFW, therefore, will be based on the same principles that Decentraland offers.

The MVFW is not the first time Decentraland is hosting a mega-event. The platform has previously hosted a four-day music festival from 21 to 24 October 2021. It was an immense success with visitors thronging in large numbers in their virtual avatars to watch performances by famous artists such as Nina Nesbitt, 3LAU and Benji Patterson.

The best thing about the MVFW? No tickets are needed. The fashion week at Decentraland is open to all on the platform. However, as Vogue Business points out, there could be advantages like special access for current NFT owners.

Exploring is easy. The metaverse is just like a game, at least as of now. Avatars can walk around the virtual world of Decentraland just like they do in Roblox or Fortnite.

This means users can have access straight from their computers. But Oculus VR headset or augmented reality devices would offer a more immersive experience.