Gucci‘s Epilogue is the last of an explorative trilogy launched by its creative director Alessandro Michele, heralding a new beginning for the house.

The Epilogue is the “accumulation point of reflections that sedimented during an excavation,” the Italian designer explains of his journey. Michele shattered conventions in the fashion industry this year, from scaling collections down to two chapters a year from five.

The Epilogue campaign stars the Gucci design team as models of their own creations, conveying the idea that the pieces should be timelessly fashionable beyond a single season. Michele was undoubtedly successful in his bid to generate questions about “the rules, the roles and the functions that keep the world of fashion going,” while facilitating collaborations that give playful pop culture icons a luxury edge and prove Gucci’s ability to adapt, complement and reinvent. The Disney x Gucci Donald Duck Special represents the perspective of seeing the world through a child’s rich imagination. Donald Duck features alongside his triplet nephews Huey, Dewey and Louie Duck on styles for men and women, including colourful prints over GG motif luggage, shoes and bright graphic prints on T-shirts and sweaters. Versatile crew-neck T-shirts feature comical portrayals of Mickey Mouse’s hot-headed best friend, while gender-neutral shoes have received similar treatment. The Ace sneaker comes in white with green leather heels, while the chunky Rhyton sneaker comes in ivory with an image of Donald Duck stunned, having his photo taken with a camera with a flashbulb. 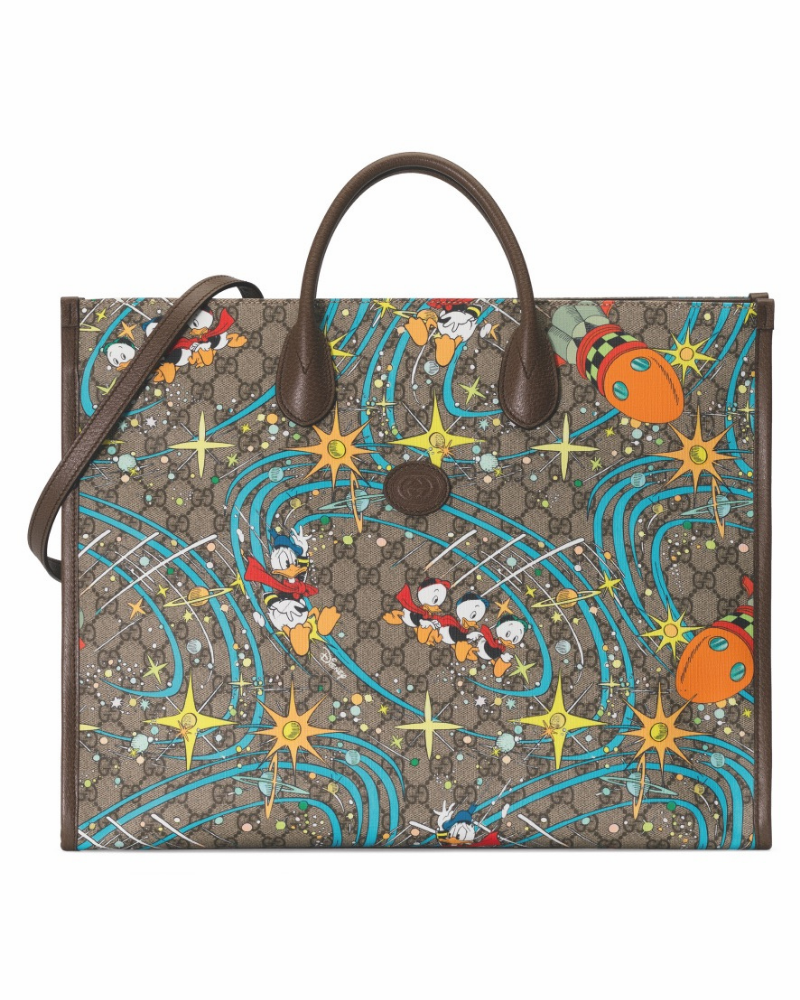 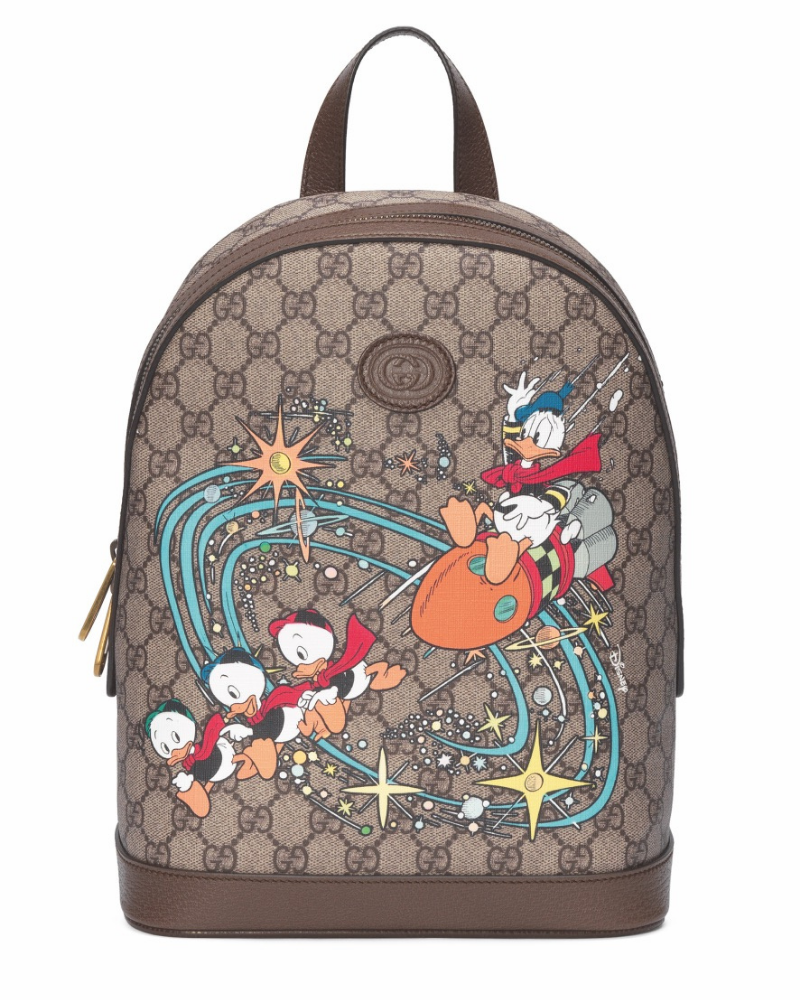 For bags and luggage, the print that features Donald Duck with his nephews derives from the artwork of ‘80s Walt Disney Mickey Mouse comics. The motif is printed on a beige and ebony GG supreme base material, giving the items a playful vintage look. A selection of bag models carries the design, including a medium and small backpack, a small messenger bag, a belt bag as well as a large and small tote. All the bags feature an oval interlocking G brown leather tag on their exteriors and an internal brown leather tag with gold lettering detailing the Gucci and Disney partnership. Moreover, all styles vaunt brown leather trim, which adds to the vintage soul of these designs. With its humour, fun, and a touch of nostalgia and magic as only Disney can inspire, the Donald Duck Special will undoubtedly appeal to all.

#PSA: @edcee3000 has something to say that'll lift