Sébastien Jondeau, the former bodyguard and personal assistant of Karl Lagerfeld, has written a memoir in collaboration with Virginie Mouzat, called “Ça va, cher Karl ?” (How are you, dear Karl).

The book recounts his life and times in over 20 years spent up close with the legendary fashion designer, who died February 19, 2019. He reveals more in an interview:

You grew up on a housing estate in the (notoriously tough) Paris suburbs. Did you experience a kind of culture shock when you entered Karl's world?

People talk about you as Karl Lagerfeld's muse, his right-hand man, his bodyguard. What was the nature of your relationship with him?

You cover Karl's illness in detail. What do you remember about those years during which no-one knew that the designer was unwell? 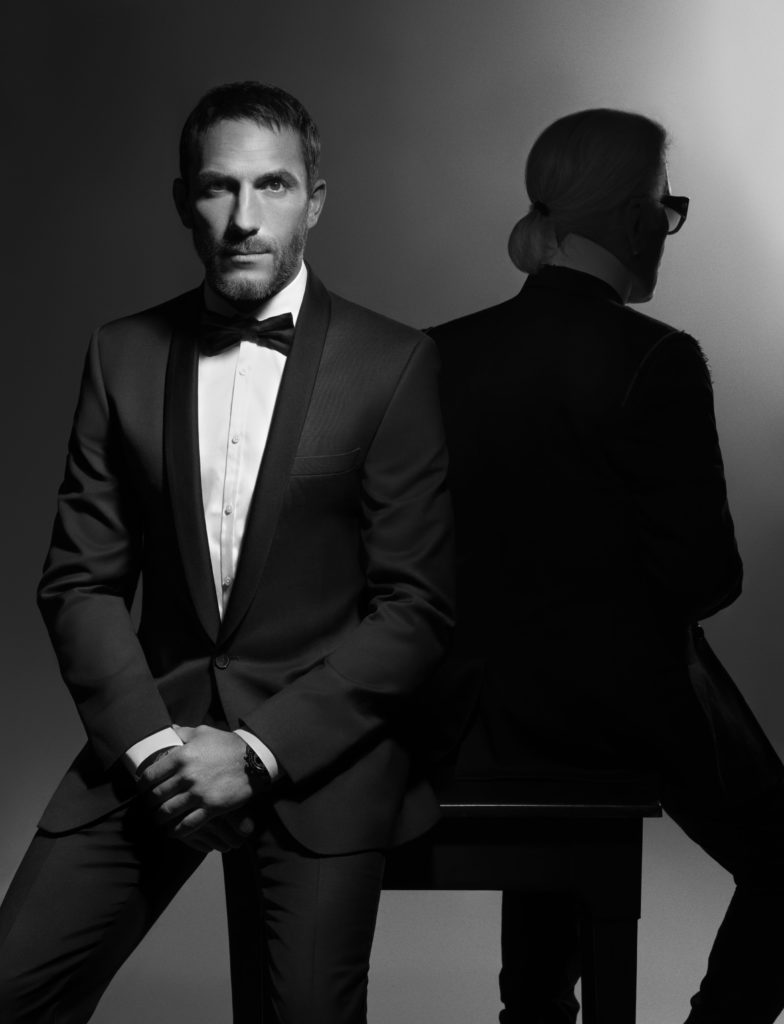 Is there one moment that particularly marked you in your 20 years at Karl Lagerfeld's side?

You are the ambassador of the Karl Lagerfeld men's line. Is Karl in some way still present in your current creative choices?

In the book, it seems like your relationship with Baptiste Giabiconi -- who was also close to Karl Lagerfeld -- wasn't always plain sailing. Do you think the two of you could one day work together on some kind of creative collaboration in tribute to the designer?

Our relationship is not strained: there is no particular relationship between Baptiste and I. I didn’t write anything unkind in my book, he is a part of my life regardless. I couldn’t write a book about my life with Karl without mentioning him. He has a place [in that], which he is entitled to. There is no animosity, I just explain my vision of life about things that I saw and the way in which I perceived them, that’s my free will. As for a collaboration, both of us are very busy.

Sign up to get the latest luxury and lifestyle news delivered to your inbox.
AFP Relaxnews
Fashion news

Who is André Courregès, the designer behind Anya Taylor-Joy’s 60s SNL dress?

ICYMI: A recap of all the latest fashion news

The latest drops in fashion that scream ‘I need a vacation’